In Devilish Business you play as a recent high-school graduate with big plans for the summer, but a chance encounter with a mysterious stranger will change your life forever.​

1- Extract to desired location.
2- Click on “DevilishBusiness.exe” to start playing.

v0.51.1b
Patch notes:
Fixed a bug that caused you to skip to lunch with Cassandra when flirting with her. – Thanks TRMxFALCON and KaiserKeiFixed a bug that sometimes caused the game to go haywire just before the ending. – Thanks Blueboy69Fixed a bug that could make you miss important conversation options with Ashley.Fixed a bug that could cause Candace’s storyline to derail if you masturbated too much.
v0.51b
This update adds nude art for Candace and Cassandra as well as a number of sexy new scenes.
Patch notes:
Added nudes for Candace and Cassandra.Added a Cassandra + Jessica threesome scene.Added a Cassandra + Candace threesome scene.Added a Cassandra/Candace + Ashley threesome scene.Added a new scene with Candace.Enabled more nudes in the ending scenes.Changed the day you learn Corruption to day 20.Changed the requirements for getting Candace and Cassandra to join you in the end.Fixed an issue that sometimes prevented Candace and/or Cassandra from joining you in the end.Fixed a bug that happened when buying costumes (thanks firetemplar415).
0.50.1b
“Fixed a bug that prevented Cassandra from joining you in the end.”
v0.50b
Patch notes:
Added about 15,000 words of content for Cassandra.Added some new art for one of Ashley’s lewd scenes.Added an indicator that the Lewd Patch is active.Filled in some of the endings with existing art.Fixed some awkward wording and minor bugs (thanks HeavyEavy!)It’s late – as usual – but I think I’ve added some good content.
Cassandra ended up being a lot sluttier than I initially envisioned, but I don’t think anyone is going to complain about that!
And I hope you all enjoy the added art for Ashley (hint: treat her to a nice lunch). It’s not much, but it’s something.
The next update should primarily include some Candace+Cassandra content, so look forward to that.
v0.49b
Added about 35,000 words of content for Candace.Added a number of new backgrounds.Streamlined a lot of the ending scenes code.Removed all code for images not currently present in the game.Allowed “rollback” in some places where it was previously disabled.Made the player go back to the club after completing work for Nick.Adjusted various values for better balance.
v0.48b
The girls now have underwear! More importantly, I have arranged for all of their clothing to be in separate layers that I can individually manipulate. This opens up a world of possibilities.
Patch notes:
New art!
Added some new backgrounds.
Fixed a bug that was preventing endings from triggering.
Fixed a conflict with Emma’s and Jessica’s “dates”.
Fixed some bugs in Jessica’s BDSM scene.
Fixed some bugs in Ashley’s video game scene.
Streamlined a conversation option with Mom.
Cleared up some minor “to-dos”. 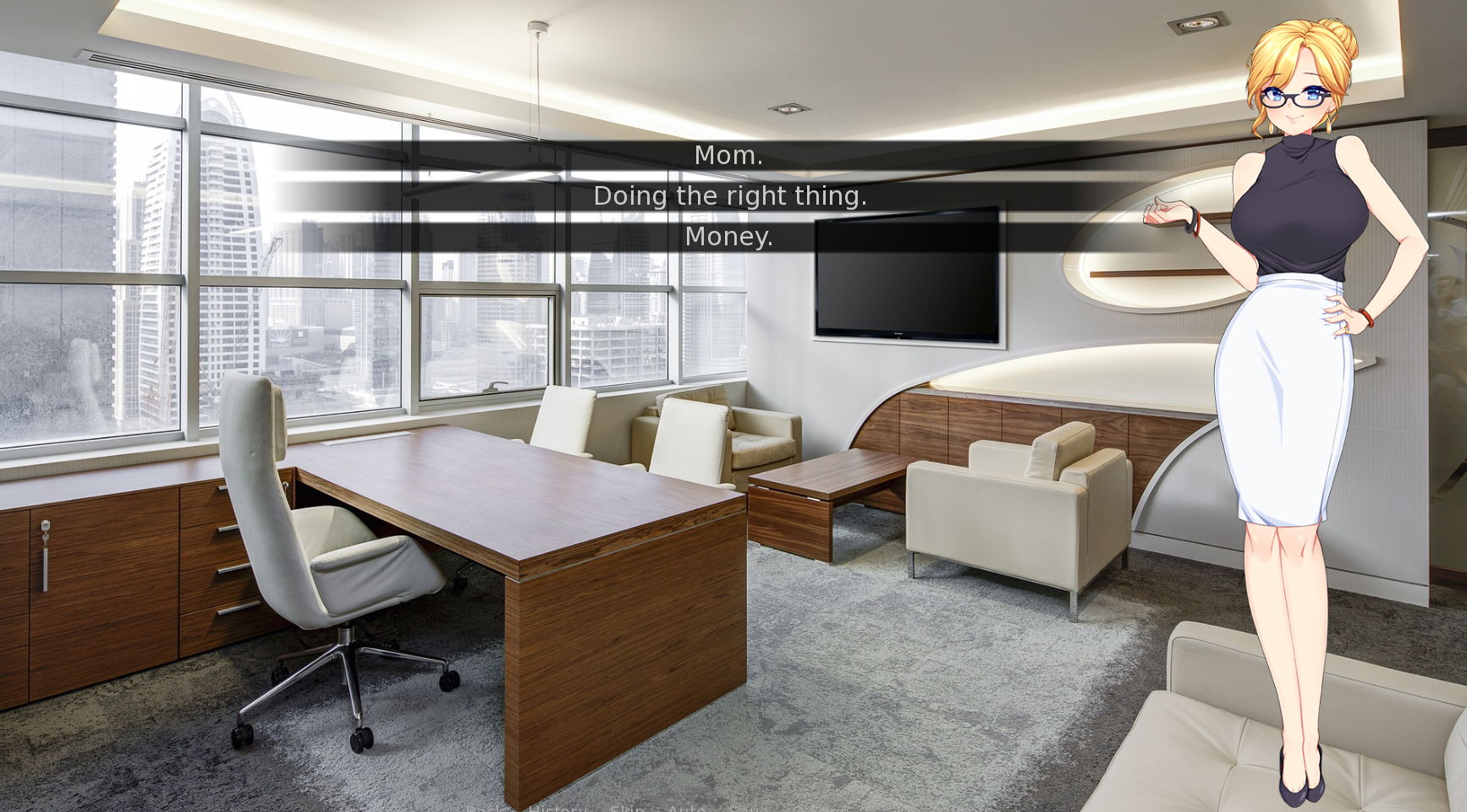 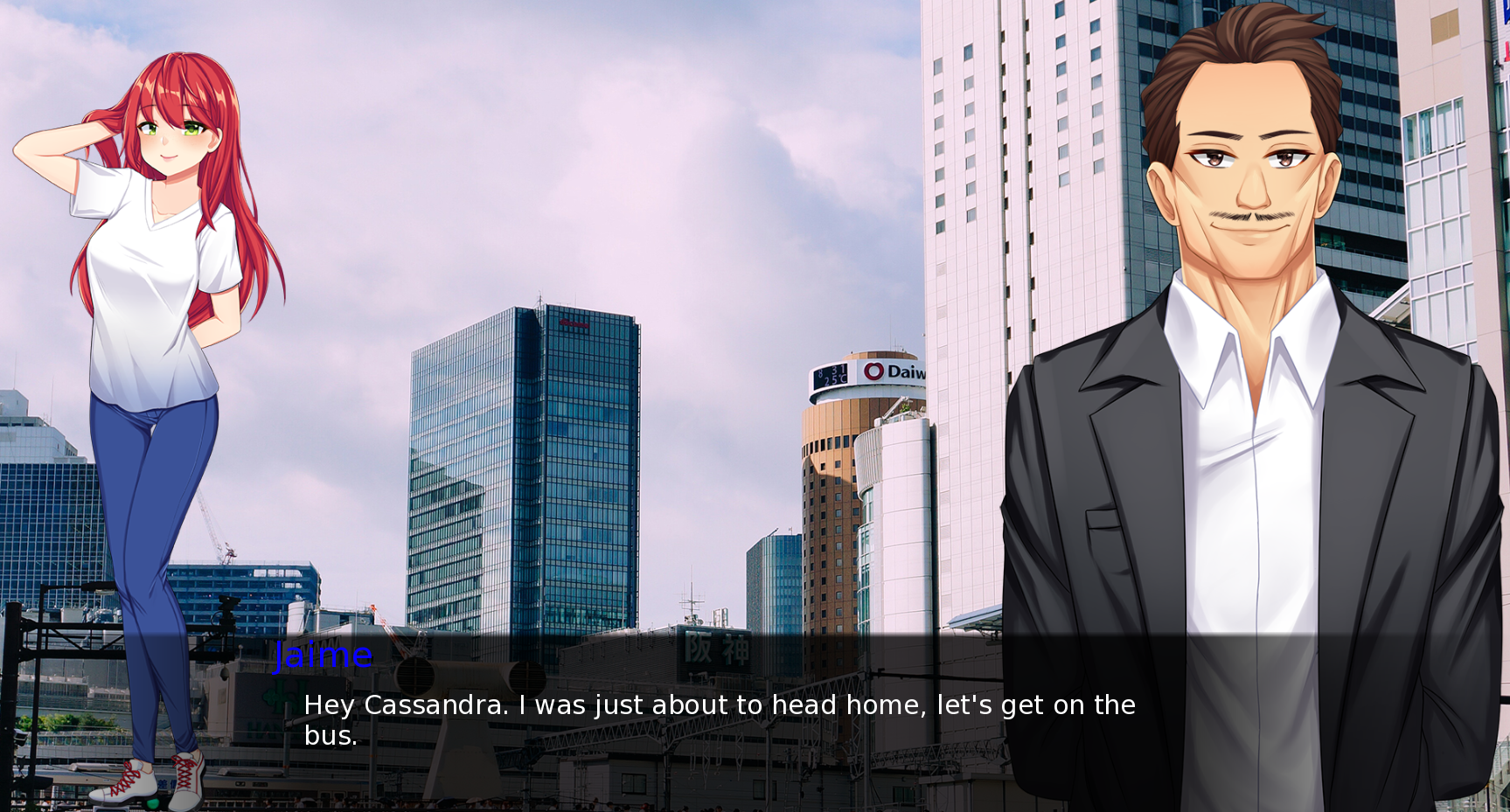 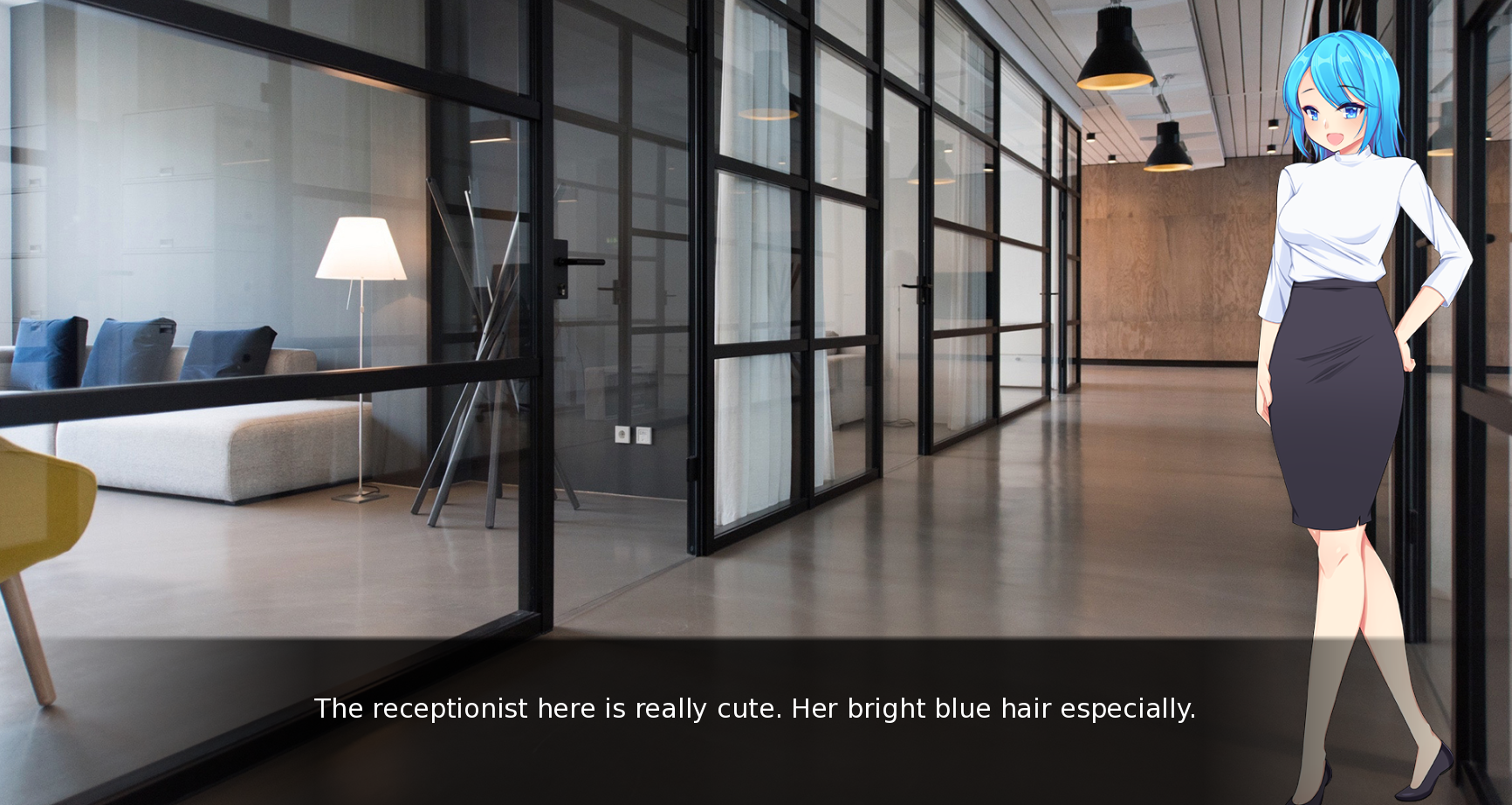 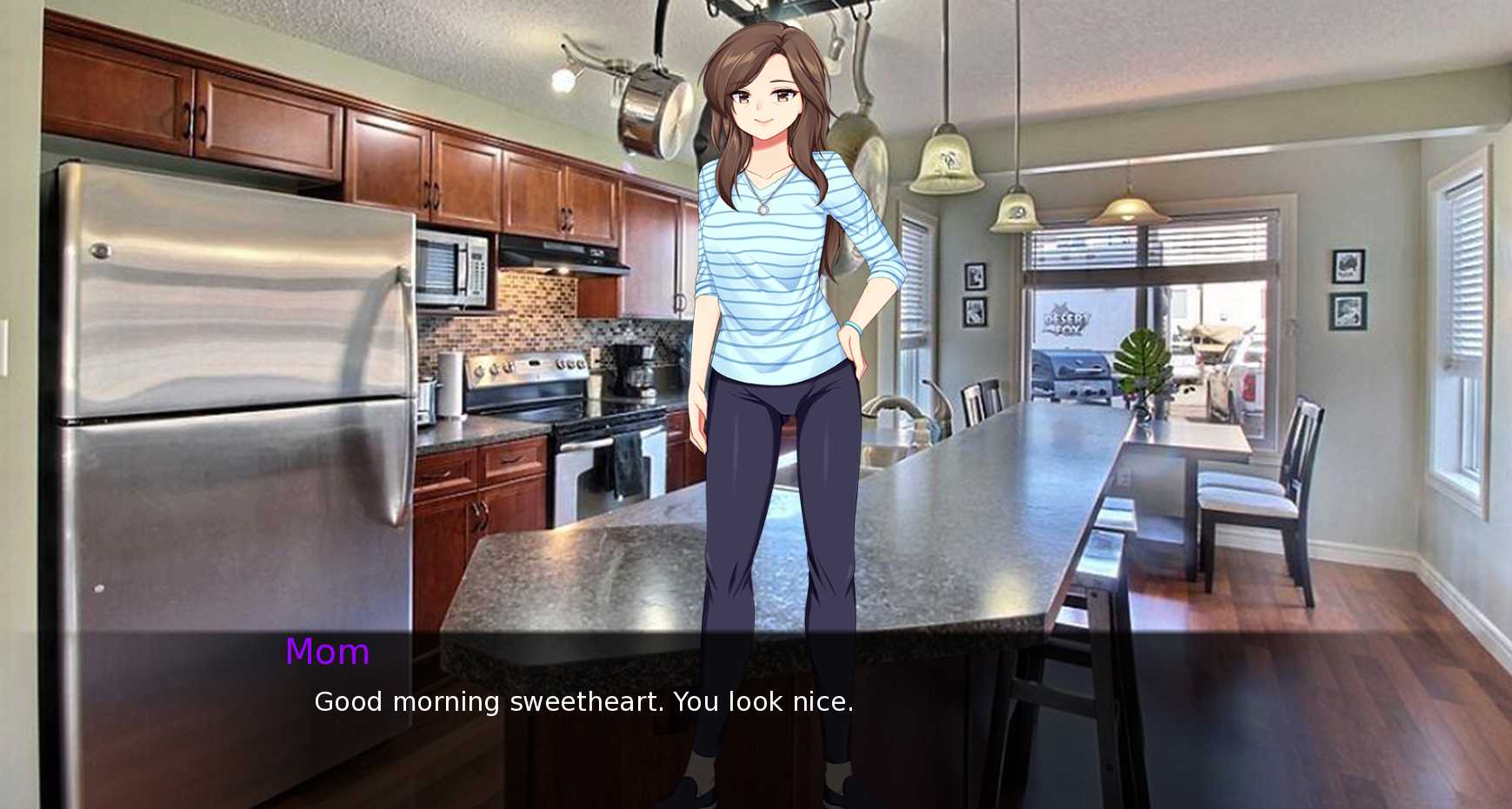