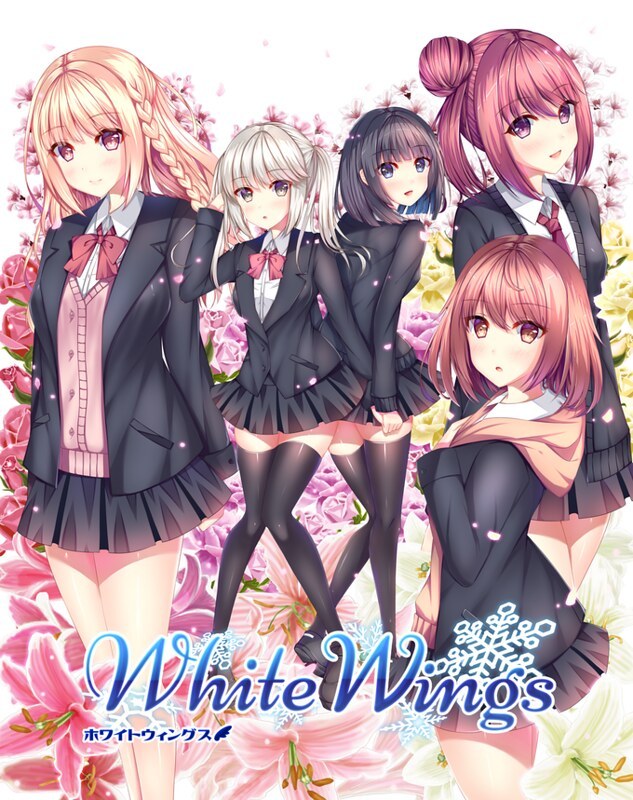 White Wings is available here as a part of our best adult games list. Free access to this adult game is available via few clicks. All new games and different updates are are always available for you on daily basis by xGames.

This is a game produced by Pureworks Japan, a recently established game development team from Japan. Which focus on providing high-quality animation-based visual novels successful Kickstarter campaign for the White Wings nukige. The game takes place before entrance exams to Shoba Senior Middle School. When a new transfer student named Moe Miyazawa is assigned to sit next to Hiro Fujiwara, our protagonist, he thinks it’s bound to be the setting up of a romance. Despite her gorgeous looks and perfect grades, Moe seems detached from her classmates and feels unwelcome at her new school. Hiro feels attracted to her and tries to make a connection, but Moe’s cold personality keeps him at bay. Another girl who had caught Hiro’s attention was Reika Fukihara, an outgoing and warm-hearted girl Hiro had met through a chance encounter. Although she is kind to everyone, Reika is actually afraid to interact with people. Her enthusiasm and charm were simply intoxicating, so he fell hopelessly in love with her too. Hiro’s heart drifted between the two girls, quickly becoming undecided. In terms of gameplay, it is similar to any J-Eroge visual novel game, though there are other side-characters along with the main girl you focus on in the game. The cg, artwork, and character animation is just magnificent.