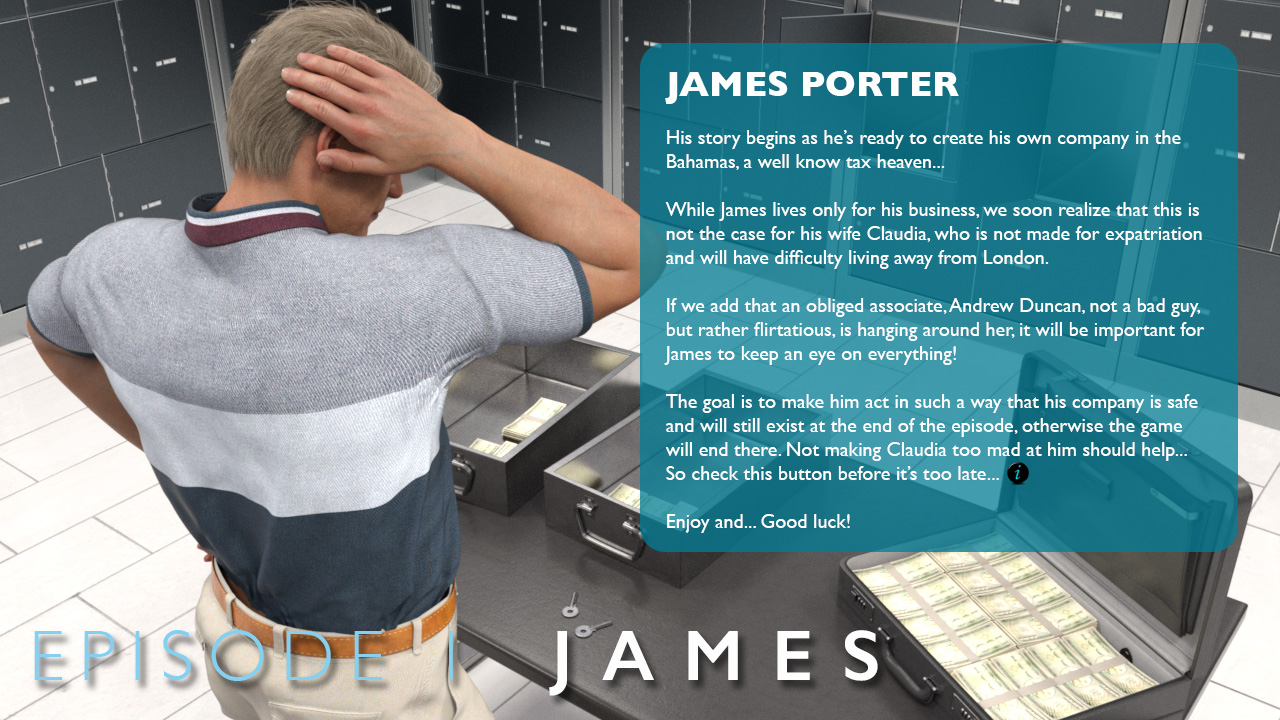 In the first episode, you will meet James, a hedge fund manager in the City of London. After 25 years in the business he decides to move to the Bahamas and set up his own offshore service company. His wife Claudia, enthusiastic, accompanies him and works with him. But after a few months, life is not more exciting for her in the islands, despite the sun and the sea. However, there is Andrew, James’ obligatory local partner, who is rather handsome and immediately interested in Claudia. At first, it’s nice, pleasant and entertaining. But will it stay that way or does James have something to worry about? It seems that he has to keep an eye on everything: his business and Claudia.
In the second episode, you will follow Eva, from Denmark, where she is born, to Nassau, via the University of Maryland in Baltimore.
She’s a damn good swimmer. So fast that she will win a gold medal at the Olympic Games. Her reputation will allow her to be welcomed in the Bahamas to open a training center with her coach, now her husband. However, little by little, things go wrong and she discovers that he is cheating on her with the swimmers he trains.
As she is not the kind of person to let herself be cheated, she reacts. But how?

Think Twice – General context, plot and planned progression
The characters
The three main characters are James, Eva and Orlando. They have different origins, ages and backgrounds, but the chance of life will make them meet in the Caribbean. And maybe not for the best!
The course of the game
The game is divided into 6 episodes. During the first three episodes, you will get to know the three protagonists, accompany them during a part of their lives, and make decisions for and with them. In a way, you will shape them for the next three episodes which will constitute the game itself.
Before the last three episodes you will have to choose which of the three characters you will play: James, Eva or Orlando. And from that point on, you’ll have to play it smart to make it through the game!
The expected support
You can imagine that a game like this takes time to be thought, developed and produced. It’s not a James Bond, let’s not exaggerate, but it’s time consuming, and I have a job too! So I hope that many of the players interested in the game will support it, and not only morally! Buying the episodes or supporting me on the platforms will help to improve the equipment, to make it faster and to spend more time on the design.
The pluses
If you are one of the contributors, you will be able to participate in contests, based on the content of each episode – in fact, a question of insight or observation -, and which will allow you to go directly to the next level.
Think Twice
PC, Mac, Linux
Game rating: 5 8

Be a good player and take what you really want. And it will be not just simple robots, there will be a lot of familiar characters that you’re totally gonna like.​ Will you find love and happiness? Will you be a good man? Will you user your power and authority? Try now!