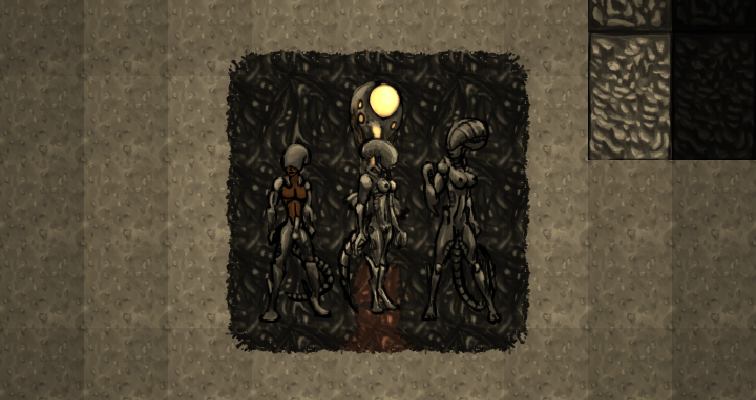 Synxenosis is an adult only hive-builder game. Design the hive and watch the drones carry out the construction for you, entice humans into joining you and transform them into loyal drones. Breed more drones with the queen and set up complex production lines for organic resources to take over the island.

: Features
– Automatic Production: All the things you create in your hive are produced automatically, with your drones doing all the menial labor of crafting
– Assimilation: Entice the humans to join your hive and assimilate them to obtain human “biomass” or integrate them more intimately into your hive’s inner workings.
– Breeding: Breed massive amounts of drones to carry out your island domination needs.
– Organic Interconnection: All the cysts in your hive are serving a function and have their own requirements in terms of resources and connections. Careful planning will be needed to properly manage an organic system, with vitae serving as blood and biomass being required to create more complex compounds.
– Island Control: The aliens aren’t indifferent to surface, and it’s already settled by humans! Paint the map in your hive’s color by sending drones out on missions and take it over, region by region!
​

v0.1.1:
Major Change: Connections are now not limited to one slot – you can connect as many inputs to as many outputs and vice vers as you want! As a result, mixers, splitters and other such entities are redundant as everything acts as a splitter and a mixer nowContent: Added a Disseminator Cyst, which provides minor amounts of resources to all non-logistics cysts around it. Requires only an input connection and will keep vitae flowing to all your production lines!Deprecation: Vein Splitter, Vein Mixer, Nerve Splitter, Nerve Mixer are deprecated. To mantain save compatibility, these will remain in game until the next save breaking update, but they will become unbuildableBalance: Vitae Generator cyst Vitae Upkeep 1 -> 0Balance: Drone Synapse cyst Vitae Upkeep 2 -> 1Balance: Zone Relay cyst Vitae Upkeep 2 -> 1Balance: Zone Source cyst Vitae Upkeep 3 -> 1UI: Surface tasks now only show resources they need instead of [Provided Resource]/[Total Needed] format from beforeUI: Moving or switching screens (i.e Ledger to Build mode) disables connection mode, ledger and build menuUI: Added buttons to toggle overworld, open build menu, open ledger and switch through connection modes to the lower right side of the screenUI: Pressing escape out of any existing menu will prompt a “Do you want to quit?” question, rather than requiring the player to hold ESC to exit.UI: Invasion notifications now show the amount of loot gained from them.UI: Added more detailed information on what resources and results to expect from a surface task.Bugfix: Fixed performance issues with growth of eggs and resin coating of wallsBugfix: Fixed a potential source of crashing during new game generationBugfix: Minor performance fixes related to light calculations. Will need to adjust the system further, however.Minor Change: Changed linux start.sh script to use env bash instead of the system root bash
DOWNLOAD
Win: – – – –
Linux: – – – –
​
&nbsp;
Synxenosis
PC, Mac, Linux
Game rating: 5 91

Welcome to the adult virtual world with your secret wishes. Get this from MEGA or other file hostings right now, unpack, easy install in a couple of minutes and play this interactive game.

Be a good man and take what you want. It will be not just simple robots, there will be a lot of interesting persons that you will met.​ What will you do? Will you be a good hero? Will you abuse your power and authority? Start now!