: Lore
Sanguine Rose begins with Roman and his fellow mercenaries trapped in the snowy village Whitewood with their recently abducted prisoner: High General Carmen Valentine. While Roman and his company deliberate on their next course of action, Carmen is planning to use every means at her disposal to escape.
Not only is Carmen a skilled soldier, but also a terrifyingly charismatic hedonist. Upon waking captured by your party she will immediately attempt to escape by playing head games with Roman and the other mercenaries. Roman, meanwhile, will respond almost entirely to player direction, with a wide array of choices available to make. Will you attempt to seduce Carmen, or will you succumb to her will? Can you keep her from escaping while she turns your team against you, or you against them?
You’re not alone on your mission. Assisting you are three other mercenaries all from different walks of life and with different skill sets. There’s Markus, a smooth talking rogue who makes a living off of trading information and finding buyers for ill gotten goods; Glasha, the full blooded orc who fights almost as well as she drinks; and Crow, the dutiful half blood orc who acts as your guide while you’re in Skagen.

Generally build names are scene based, so 1.1.0 means it contains all of Day 1,
and also 1 additional concept scene from day 2​

v2.0.0
Two new nsfw scenes, bringing the total number of unlockables in the gallery up to 102!Additional dialogue in previously released concept scenes, and filler scenes to make up the bulk of Day 2.Fixed a bug which occurred while rapidly clicking or skipping while trying to follow Crow to the tavern in day 1.Implemented a new main menu, including snow particle effects and a slightly improved version of the opening music.Added a dream sequence in some versions of Day 1 to recap events of the day and introduce artwork from the Kidnapping of Carmen ValentineGallery artwork now provides a hint on how to unlock it when locked (full guide coming soon)Fixed a missing background image in the Night Shift scene which occurred if Carmen disliked RomanLots of writing, minor tweaks, and variable edits.
v1.1.0
1080p assets (from 960*620).Renpy (from Flash) and its controls. See below for more details.Carmen’s sprite has had a small makeover.Several animation changes: The Handjob animation from the Night watch scene has been replaced with static images (it never looked as smooth as we would like, and we’re working on alternatives), the Crow Whoring animations have had several small artefacts and flaws removed. The dining scene blowjob animations are mostly unchanged in game but appear in the gallery as static images.Crow’s sprite has had its eye colour adjusted.Music is higher quality audio, some sound effects (wind blowing) have been removed while we experiment with alternatives.Main Menu screen replaced with a placeholder.End of Game credits moved to Main Menu.Some minor dialogue changes, most noticeably during the Crow Whoring Scene when Crow is asked to undress. The player now removes each item of clothing by clicking them individually, with certain dialogue being triggered by specific removal orders.Several transition changes due to the differences between Flash and Renpy.v1.0.2
Added backing music to several scenesFixed a bug causing Save Data to be scrubbed. Occurs much less often now.Date&Time added to Save Slots alongside most recent artwork.Persistent gallery: press ‘g’ to open up the gallery.Gallery artwork now persists between scenes and tracks how much artwork has been unlocked.Added the Crow Corruption Scene.v1.0.1
Fixed a bug in the scene where Crow Watches, all the different paths should work properly now.Fixed a bug in the Crow Masturbation scene which cause the game to freeze.Added the Crow Corruption Scene, this can only be accessed by having Crow watch when no one else is in, when prompted go back downstairs and listen in.Minor dialogue changes.v1.0.0
Extended the Dining Scene.Minor dialogue changes.Altered Saving and Loading Mechanic. Save files now load to most recent checkpoint within the scene.Altered Choice Mechanic. Choices are now made by selecting a gem on the left side of either choice.Removed particle effects from Title Card, should stop any bugs people have been having.
Download
PC: – – –
Mac: – – –
: Android v1.1.0
Android:
This port by is not released by developer,
Sanguine Rose
PC, Mac, Linux
Game rating: 5 13 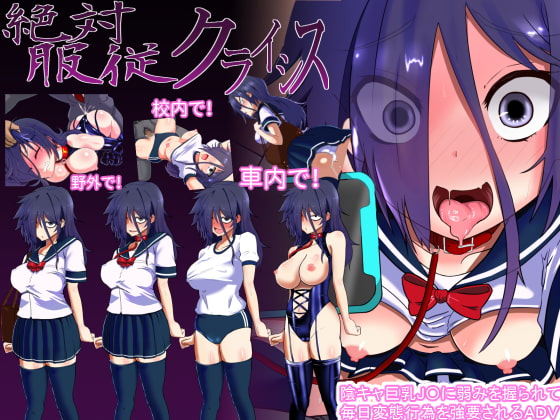