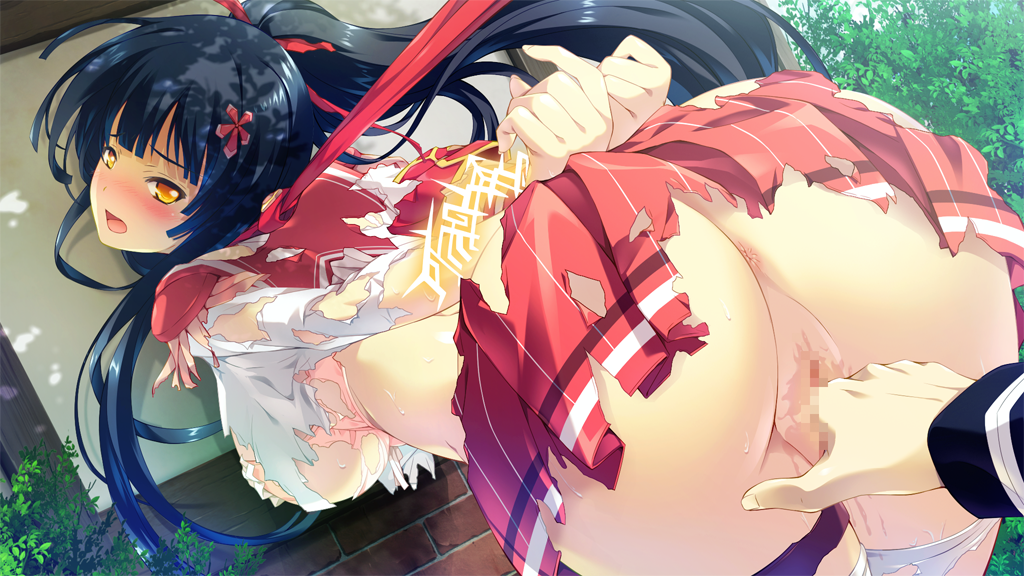 A fantasy world where magic exists.
This is a story where demons lived among the denizens of the world.
And it’s the demon realm that was about to face an unprecented crisis when three
“Witches of Ruin” suddenly appeared and invaded the demon country of Saarland.
Possessing power beyond what the demon kingdom could muster a defense against,
Saarland had no choice but to surrender the region of Groessen to these invaders.
The witches were not content to stop there as they also decided to make an example out of the demons
by transforming them into stuffed animals to further rob them of their dignity.
Half a year has passed since the appearance of the witches.
As if straight out of a fairy tale, the majority of the people of Groessen have been transformed into stuffed animals and live under the rule of the Witches of Ruin. It is up to Wilfried, son of the governor of Groessen,
to lead his ragtag army into battle with the witches and liberate Groessen.
After defeating Erika Anders, one of the Witches of Ruin, and liberating the district of Herfort,
Wilfried and his allies invade the domain of the Witch of Ruin, Iris, in order to break the spell cast over his father and his friends.
The District of Cologne.
Beyond the capital lies the idyllic, vast grasslands of this district. It’s common to see animals grazing in the area and the popular tourist destination of Bebra Lake is home to Saarland’s thriving fishing industry. With that said, it’s still mostly a rural area.
The people here have been transformed into crows, fairies and demons as if they were the messengers of the witch.
While he questions the value of the witch’s conquest of this territory, for the sake of all demonkind, Wilfried charges into battle against Iris.
Meanwhile, the military finds out that the witch, Erika was defeated by a mere student and decides to dispatch a mercenary force,
armed with firearms to Cologne to defeat Iris themselves.

Features
Point and click action RPGFull Japanese voice acting including main character, WilfriedWhimsical character and enemy designsTraverse the world map and reclaim territory using a variety of blocksUtilize the elements of wind, fire, lightning and ice to subdue your enemiesRecruit allies and use their skills to give you an edge in battleAchievements systemTutorial and Training modes
DOWNLOAD
Win:
– – –
Win (Installer): – –
Adult Patch – – –
Thank you for sharing the game
​
Re;Lord 2: The witch of Cologne and black cat
PC, Mac, Linux
Game rating: 5 63

Re;Lord 2: The witch of Cologne and black cat: screenshots

Try to be a smart man and get what you really want. It will be not just simple robots, there will be a lot of interesting persons that you will met.​ What will you do? Will you be a good man? Will you user your power and authority? Try now!