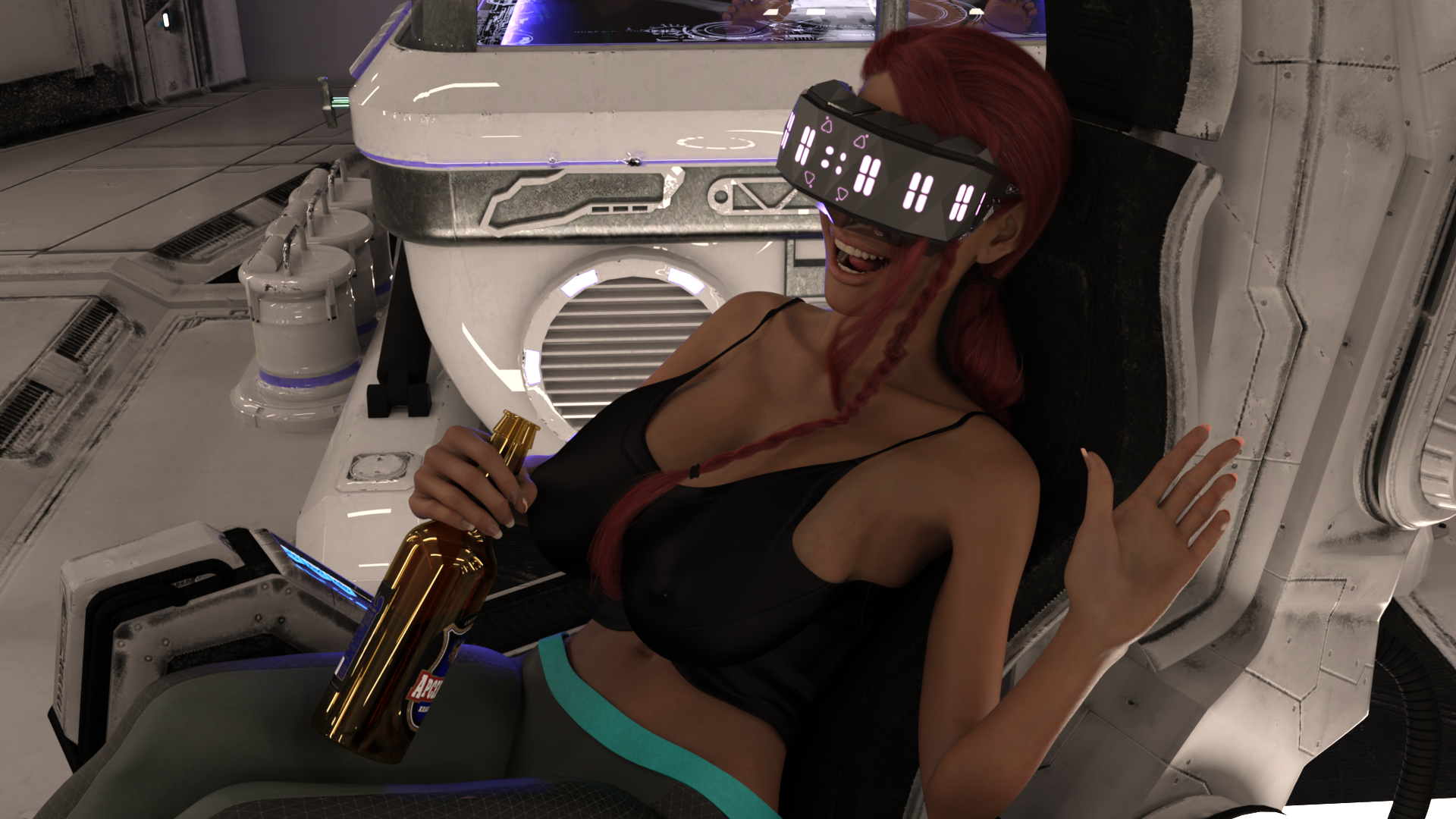 Redshift is a work-in-progress (Release 0.01 has 450+ Renders and ~30,000 Words of Dialogue) Adult Visual Novel built on the Ren’Py system, using Daz3d generated assets. It was inspired by space exploration novels and games, as well as a slight lean in to an alternate view of what a post-apocalyptic world would look like. It is not a crumbling Earth and zombie-infested vision of a post-apocalyptic world, but more an idea of how a group of humans would act if the Earth they knew and loved was no longer accessible to them.
You play as a custom-named crew member (defaulted to Cole) on the colony-ship Amenonuhoko. The Amenonuhoko’s mission was relatively straightforward: travel to a near-Earth star system to test whether or not the idea of an extra-planetary colony was feasible. Whether or not that mission has and will succeed is still in doubt as you wake up from your cryostasis under mysterious circumstances.
Last update: 2022-12-01
Released: 2022-12-01
Creator (developer): Sleepyten – –
Censored: No
Version: 0.01
OS: Windows, Linux, Mac
Language: English
Genre:

Redshift is the first in a series I hope to create that will follow the crew and colonists on board the Amenonuhoko as they try to find and make a new lives for themselves. The initial release is an absolute alpha, as I’m still the only one who has seen or played the game in any way. While it is an alpha, I’ve spent months poring over the script as well as the code to make sure everything plays the way it should. There are a few game features I’m excited about and hope that they will add more color to the universe I’m trying to build.
In-Game Codex: The codex is your guide to information you’ve learned about the mission, the ship, and the crewmembers. The codex houses professional information regarding crewmembers, personal information that you learn in your interactions, as well as a gallery of glamor shots you gain as you progress along their story lines.Meaningful Choices: While the majority of the choices in the initial release will be relatively mundane “will you build a relationship with this person” type of choice, there are a few that have long-reaching impacts on the story in subsequent releases. I hope to include a fair amount of branching plotlines to give more individuality to playthroughs. A major story decision is made within this release, and it will have branching consequences that last through until the final release.Holodeck: The holodeck system is my attempt to pay homage and give a nod to the many different influences I’ve had while making the game. While it’s currently in a rough release-state, it will be a way for players to experience non-canonical situations and also play through some parody releases of games I love. It is not integral to the story, but it will serve as a way to get more gameplay out of a game that is truthfully more story-heavy than anything else.Thank you for taking the time to look at my project page, and if you have any concerns, questions, or find any errors you’d like to share with me, feel free to join . I’m always on the lookout for people willing to proofread, beta test, or help me out in any way they’re willing and able to. If you’re interested in supporting this project, you can click any of the links in .
Redshift
PC, Mac, Linux
Game rating: 5 66

Enter an virtual world with your wishes. Get this from MEGA or other file hostings right now, unzip, easy install and play this adult game.

Be a good man and get what you really want. It will be not just simple robots, there will be a lot of interesting persons that you’re totally gonna like.​ Will you find love and happiness? Will you be a good man? Will you abuse your power and authority? Start now!