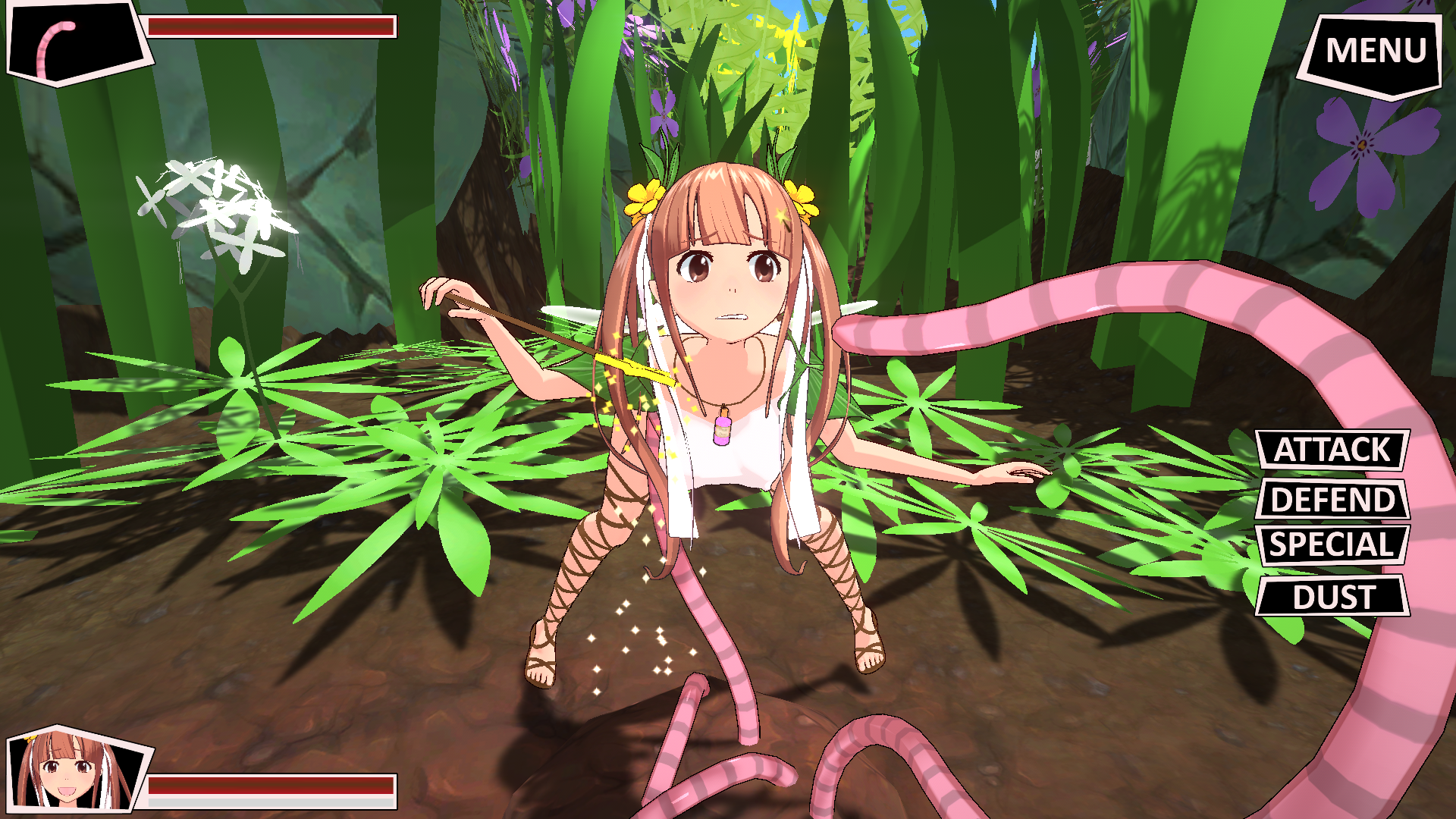 When the ‘Crystal of Fairy Bliss’ is stollen, a pixie is tasked with retrieving it to save the fairy kingdom and the queen that rules the land.
Explore the gardens of the fairy kingdom as you hunt down a thief in this story driven adventure.
Collect ingredients and recipes along the way, to create magical dusts to help you progress.
Fight foes with a creature specific, turn-based, lewd combat system, which integrates visual novel elements.​

How to play:
At present, Path of the Pixie has no in game tutorial, but you can find an extensive manual within the devlog which will explain all the relevant gameplay mechanics. I’d recommend reading through it, even if just to get the basics.
What’s next:
Path of the Pixie is currently under development; the download is essentially a demo.
I plan in the near future to update the free demo with cosmetic improvements on the placeholder UI, balancing difficulty and adding another battle once leaving the initial area.
I don’t use Linux or Mac, but I want for users of either to be able to play. Without being able to playtest on those; I’m releasing them blind. If you do use and can give me a thumbs up or whatever on discord that would be appreciated.
At the moment subtitles are only in English. I do plan on adding other languages, but that’s going to have to be one of the last things I do before a final release. Once I’m happy with everything that’s written.
Path of the Pixie
PC, Mac, Linux
Game rating: 5 23

Path of the Pixie: screenshots

Welcome to the adult virtual world of meetings with your secret wishes. Get this from MEGA or other file hostings right now, unzip, easy install and play this interactive game.

Be a smart player and take what you really want. It will be you next second life, there will be a lot of familiar characters that you’re totally gonna like.​ What will you do? Will you be a good hero? Will you abuse your power and authority? Try now!