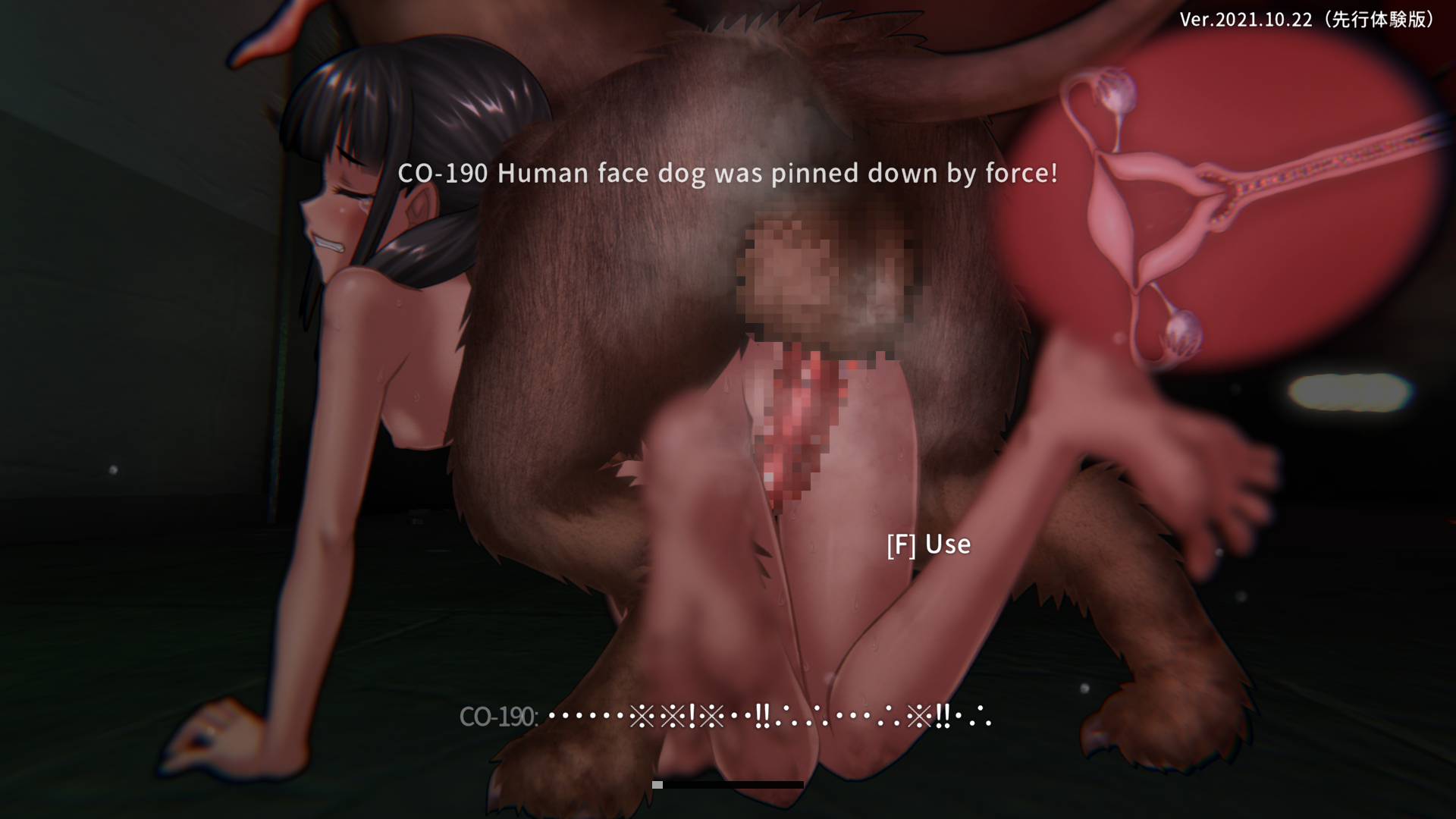 Object Control is brought to you by xGames as a part of our large adult games collection. Free download of this game is available via few clicks. All new games and different updates are delivered to you on xGames.

When the hero woke up, it was a mysterious isolation facility.
Is it possible to escape from the facility that houses the existence (object) that should not exist? The
hero who is powerless and has no means of attack,
but has the special ability to become pregnant and give birth to the semen of any life form. ..
A survival adventure game where you break through the security of the facility,
by releasing the contained objects and increasing the power of the objects being violated.​

Fusion of full 3D field and live2D etch scene
Control object isolation facility reproduced in 3D.
Obtain a security card and open the quarantine area.
The protagonist, who has no means of attack, not only releases the contained objects, but also increases the number of objects by being raped, pregnant and giving birth, and attempts to escape by having the strength to oppose the guards.
All scenes are full animation by Live2D!
More than 30 scenes will be recorded!
All scenes have step animation! The
main character is full voice (CV: Hiyori Misaki)
Quarantined objects and personnel
Center Staff
Center Guard
CO-081 Horse Man
CO-203 Alien
CO-183 Angel Statue
CO-099 Clone Gel
CO-035 Eternal Costume
CO-121 Exorcist
CO-115 Attractive Male
CO-190 Human Face Dog
CO-034 Panda Doll
CO-012 Can be raped and fertilized by over 10 different objects, staff, all, including cracks in the wall .
Object Control
PC, Mac, Linux
Game rating: 5 42

Try to be a good player and get what you really want. And it will be you next second life, there will be a lot of interesting persons that you’re totally gonna like.​ What will you do? Will you be a good man? Will you abuse your power and authority? Try now!