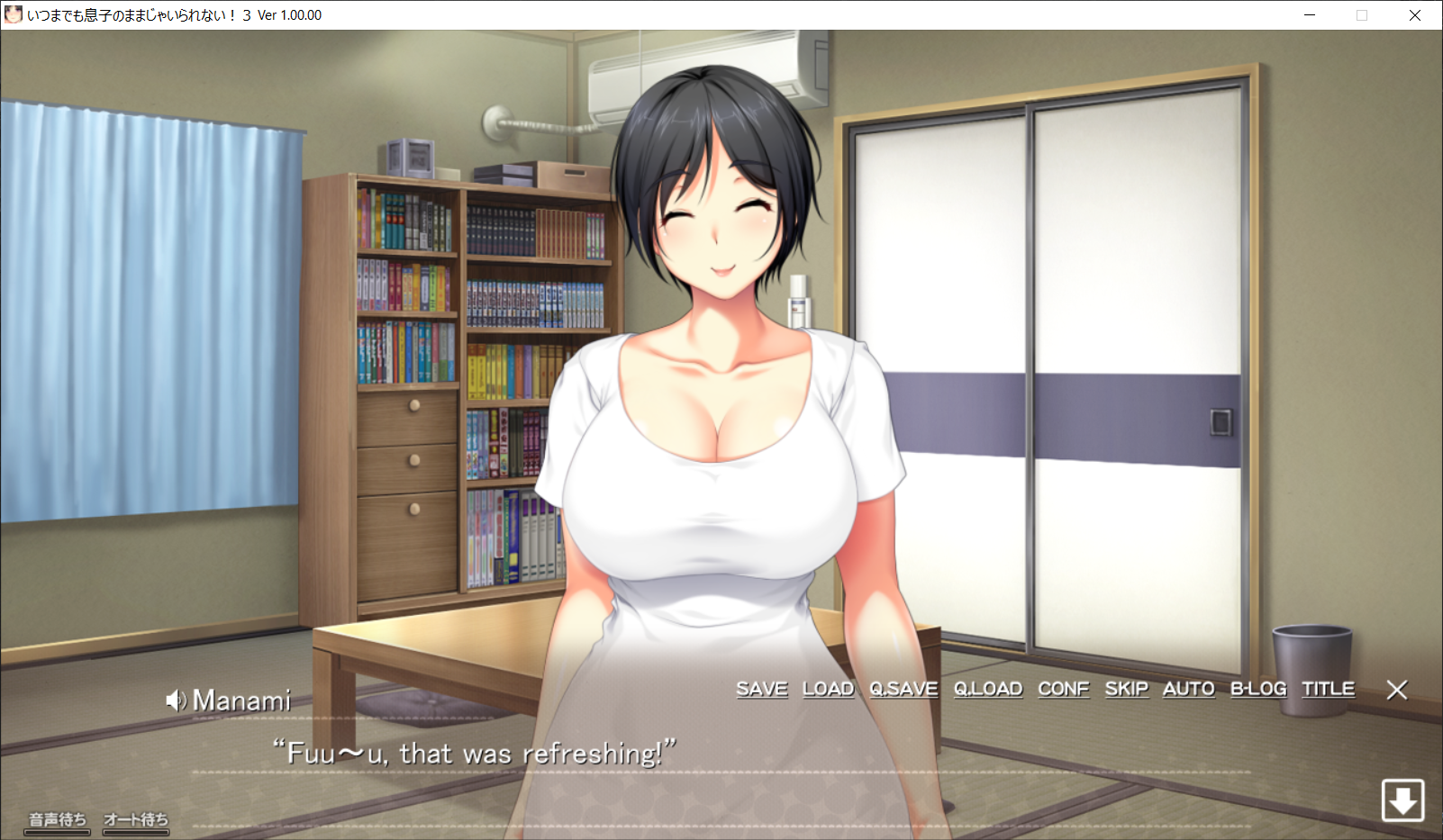 Musumama 3 is brought to you by xGames as a part of our best adult games list. Direct download of this adult game is served via few clicks. All new games are delivered to you on daily basis by xGames.

Our protagonist, Arata Hibino had always loved his mother, Manami when he was little. Seeming as though to leave his mother who cannot let go of her dead husband, he decided to move out and live by himself.
One day, he accidentally injured his hand. Having heard what happened, his mother became worried and decided to stay with him until he was fully healed.
Cooking food for him, helping him change—Manami gained back her former role as a mother and looked after him.
Taking baths with her son however, also became part of her role as a mother…​

You need to change system locale to Japanese.
If you don’t want to change locale then use programs like Locale emulator –
The patch was tested and word-wrapped around the Cambria font, if you change font then word-wrap might get messy. I suggest not to.

Welcome to the adult virtual world with your secret wishes. Free download from MEGA or other file hostings right now, unzip, easy install and play this adult game.

Be a good player and get what you really want. And it will be not just simple robots, there will be a lot of interesting persons that you’re totally gonna like.​ Will you find love and happiness? Will you be a good man? Will you abuse your power and authority? Start now!