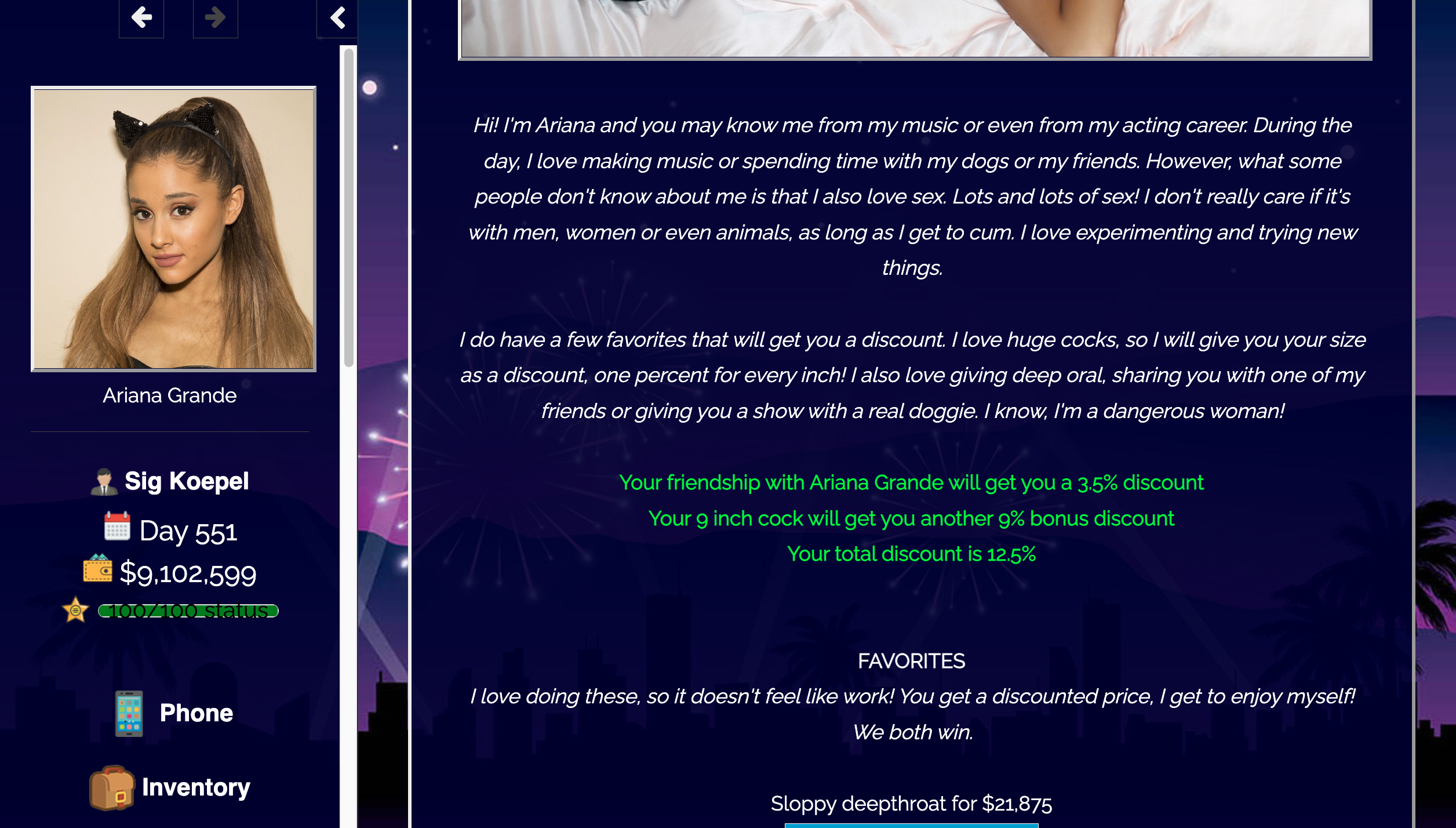 Overview:
You’re the CEO of a new streaming service! Use your money to make movies and shows, or spend it all on having sex with hot celebrities. Create a life, get a wive, cheat on her, fuck around and have fun.
​

This game is indefinitely on halt
I am sorry to inform that Miss-Adventures in Hollywood is on an indefinite break. All information can be read in the Reddit thread above, including an introduction to my next project and why I chose to abandon this game for now and start work on a clean slate. I am sorry to everyone that enjoys this game and I really wish I could have finished it, but being an amateur hobbyist has resulted in the game being too much of a mess code-wise to ever fully fix or finish.

Keep an eye on my patreon for development info, the right to vote on scenes and features and sneak peaks of upcoming updates!
TWEAKS
– You now automatically get a girl’s phone number upon reaching relationship 60 (this happens in the morning passage so skip to the morning if it’s not working immediately)
BUGFIXES
– Katherine McNamara park bug fixed
– Fixed the bug making your movies always fail
– Fixed patreon cash codes not working (see Patreon post for code and info)
– Fixed money cheat not working in the Patreon cheat menu
– Added a beast check for the Hailee Steinfeld event so people who have beast content turned off won’t get this event anymore
– Fixed a bug where Selena Gomez’s beach scene had two scenes swapped

Just uploaded a hotfix that fixes the new buyable businesses (massage parlor, sex shop and strip club) not paying out

Uploaded a small hotfix that fixes a bug in movie sponsorships that set the company finances to NaN and thus broke the game.

Welcome to the adult virtual world with your wishes. Free download from MEGA or other file hostings, unzip, easy install in a couple of minutes and play this interactive game.

Be a smart man and take what you want. And it will be you next second life, there will be a lot of familiar characters that you will met.​ What will you do? Will you be a good man? Will you abuse your power and authority? Start now! 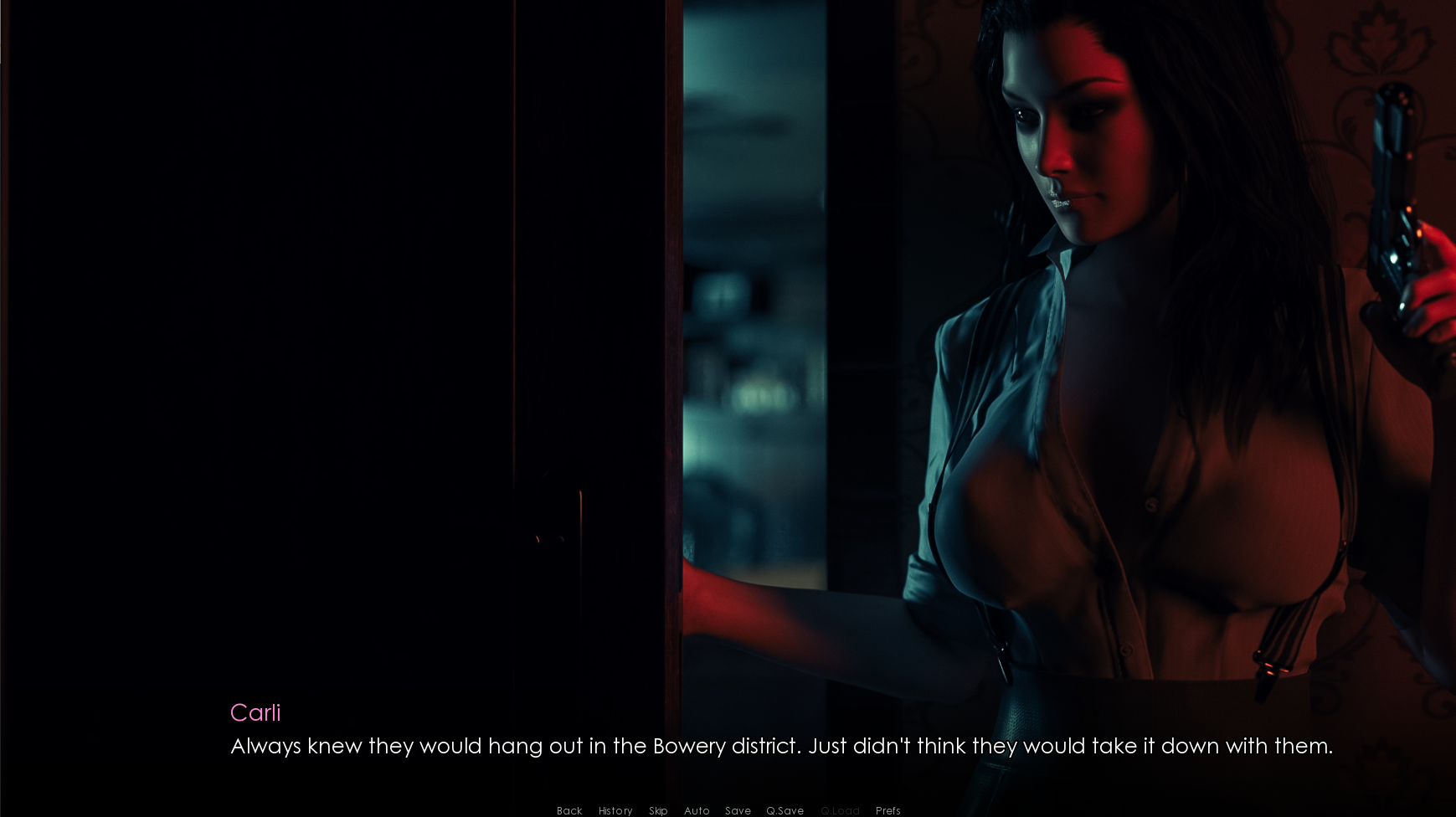