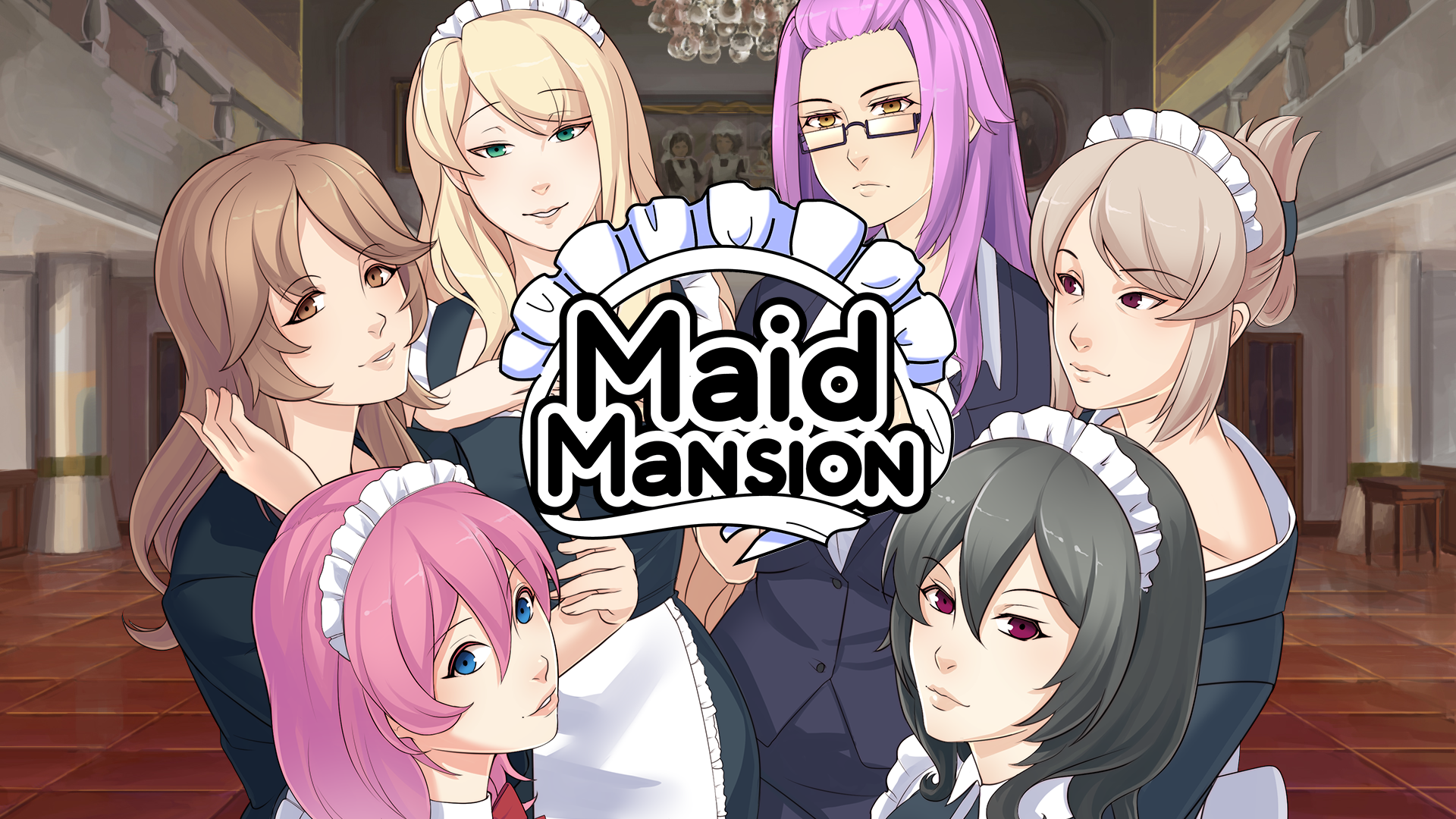 A young man has lived a harsh, sheltered life, but things have finally seemed to take a turn for the better. His grandfather, a wealthy navy admiral, has recently died and left behind his mansion and vast fortune. He inherits it, but under the condition that he will never be allowed to fire the head maid, a young woman named Takako.
As he moves in and becomes the household’s master, he learns that the mansion is more than he thought. Some of the maids act strangely, and a government inspector keeps a close eye on the place, determined to uncover its secrets. What mysteries lie in these gaudy halls? Why was his grandfather so adamant that the head maid never be fired? Who can be trusted? He must find answers, and he isn’t afraid to abuse his newfound power to do it.​

Maid Mansion is an eroge-thriller visual novel set shortly after the Great War, developed by Crazy Cactus Entertainment. A young man inherits his relative’s mansion after their untimely death. Now he is the lord of the manor, with only one restriction left upon his grandfather’s passing – he may never fire the head maid, Takako. The game has an anime style of art and really good details on the facial expressions that they make during dialogue scenes. This game is a demo for it. If you do enjoy it, you can buy it on Steam or right away download it on their official sites. I can’t really see how the game will progress and what the exact gameplay will it offer (endings, story, relationship with other characters) as it is still in demo but I am very sure that the game is one of top quality eroge visual (hentai) games you might found out there.