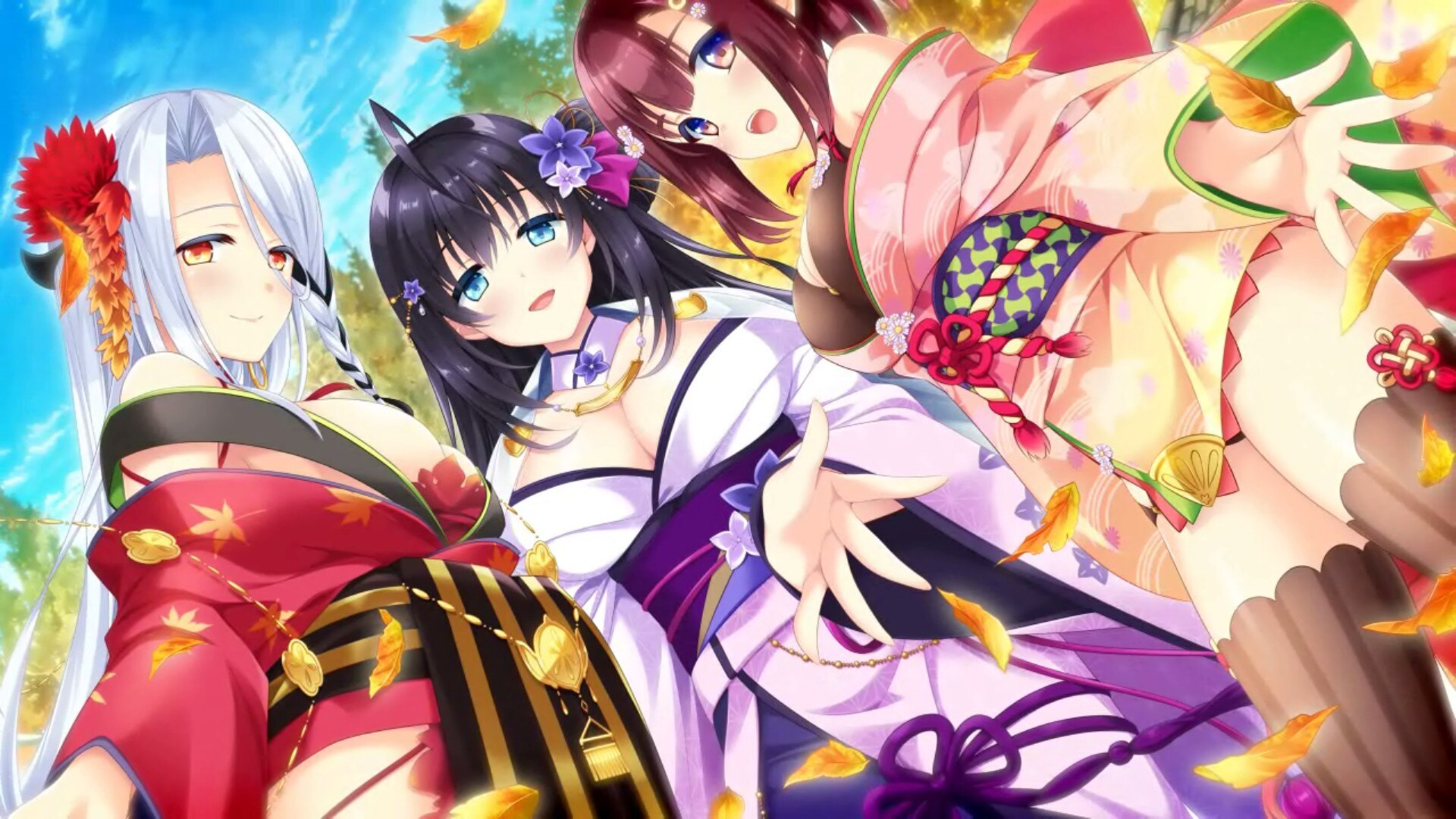 Overview:
“I’ll find a solution to the Goddess’ problems!”

The more things seem the same, the more they’re actually different…
These are some strange little stories about Goddesses in love.
They happened in a time when Goddesses and people lived in close proximity, six years after the Goddesses descended to Earth.
Our story takes place in Kamimori City,
a community deep in the mountains that is known among some people for one thing; the area is protected by a Tatarigami.
Tatarigami are known for spreading misfortune, but Kamimori City is protected by one.
Akira Manase has inherited a shrine in Kamimori City, and spent his days listening to the Goddess’ troubles.
One day, he helped one of the Tatarigami, Yukari, and she fell madly in love with him, almost immediately proposing marriage.
“Please make me your wife!”
However, there were Goddesses other than Yukari who were also in love with Akira, and they were intent on staking their claim.
As the Goddesses vie for his hand in marriage, Akira spends his days helping them solve their problems.

A Tatarigami who dropped out of the Divine Education Act.
She enjoys physical contact with people and will come on pretty strongly, but always brings misfortune to the objects of her affection.
Originally she was enshrined in the big city, but unable to face the feelings of terror she caused around her, she escaped to Kamimori City and met Akira.
After scaring so many people she loved through her curse, her heart is deeply wounded.
When Akira doesn’t fear her curse at all, she feels they are destined to be together, but her profound love creates a darkness when she sees Akira being tempted away from her by Shion and Kaede.
She loves him so deeply it’s hard to control her feelings, and sometimes she acts a little scary. She’s obsessed with him and much of everything she does is focused around him somehow.
She feels a little bad about insinuating herself into his life and trying to force him to act like newly-weds, but she just can’t hold back her joy at finding someone she feels destined to be with.
Shion Misono
The Goddess of misfortune who arrived in Kamimori City not long before Yukari.
She’ll do anything she can, including helping out the elderly, for a price (usually vegetables or snacks).
The elderly people in the area are pretty fond of her as a result, even if she is a Goddess of misfortune.
She’s generally cheerful and positive, and doesn’t take a whole lot seriously, except for money. She pinches every single penny she can get her hands on.
From the moment she set eyes on the main character she considered it a foregone conclusion they would be together and started making advances on him.
This makes her a troublemaker, as she has no problem trying to seduce him in front of Yukari and Kaede.
She blames the fact that she’s not as curvy as the other Goddesses on the fact that she’s the Goddess of misfortune, and therefore got shortchanged in that department too.
Kaede Shizumori
A former Tatarigami Goddess who descended to Earth following the Divine Education Act.
Where she used to bring calamity to Kamimori City, now she is worshipped at the local shrine.
Her love for Akira after meeting him only helps to cure her curse, and she is revered as a protectorate of the city.
She’s calm and even-tempered now, and tries to not bring up her dark past as a wild Tatarigami.
She’s voluptuous like a pin-up model.
She doesn’t hide her affections for Akira, but gets shy about sexual matters.
This makes her feel a little jealous about how easily Shion latches onto him or Yukari tries to consummate the marriage she imagines for them.
LoveKami – Healing Harem
PC, Mac, Linux
Game rating: 5 2

Enter an world with your secret wishes. Free download from MEGA or other file hostings right now, unpack, easy install in a couple of minutes and play this interactive game.

Be a good man and get what you really want. And it will be you next second life, there will be a lot of familiar characters that you’re totally gonna like.​ What will you do? Will you be a good man? Will you user your power and authority? Start now!