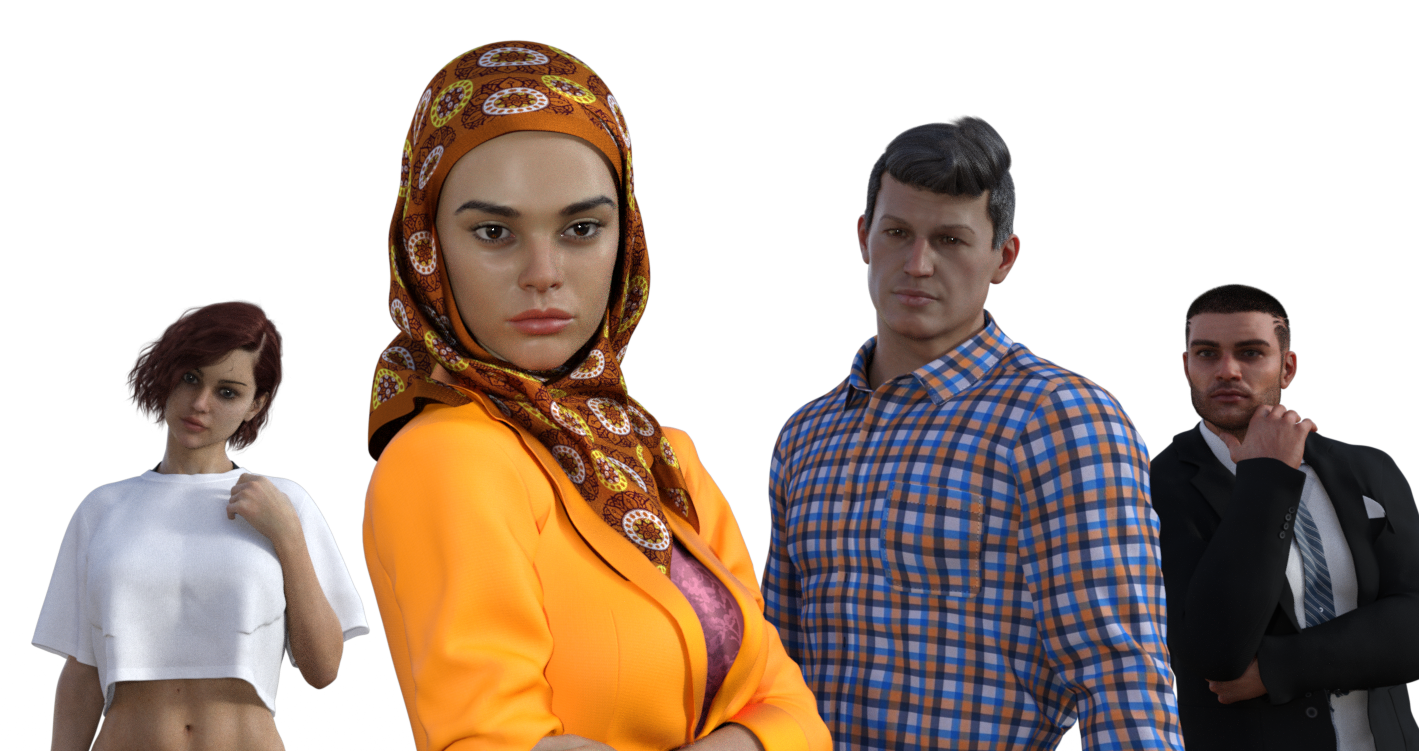 Banu lives in Middle East. Her ex-husband died in a car accident. She remarried to Kamil only for her 2 year old daughter. She wanted to bring her up like the other children, with the care of both father and mother. That is why she accepted when Kamil, whom she grew up in the same neighborhood, asked for marriage. Kamil has true feelings for her. But what about Banu?…You will decide in the game.​

Life in Middle East is another visual novel game with a western style. The story takes place in a Middle Eastern setup, which opens new story paths, an interesting game with a different environment, hot girls and quality graphics and this is one of the visual novel types that definitely is not the standard vanilla stories (NTR of course) basically. There are some mistakes that you may see and it’s really spot on but it didn’t really bother me as it was just minor mistakes. I think the environment and setting of this visual novel game differs the most from any other 3D visual novel out there. Some people might catch up to it if they have some kind of Hijab fetish, but I am leaving that judgment to others. The game is also offers option/choices between dialogues like any ordinary visual novel where there is a plot and storyline, yet in this case I don’t really feel the changes and only a little like the dialogues and some action may skip it’s like take a blue pill or don’t take a blue pill.