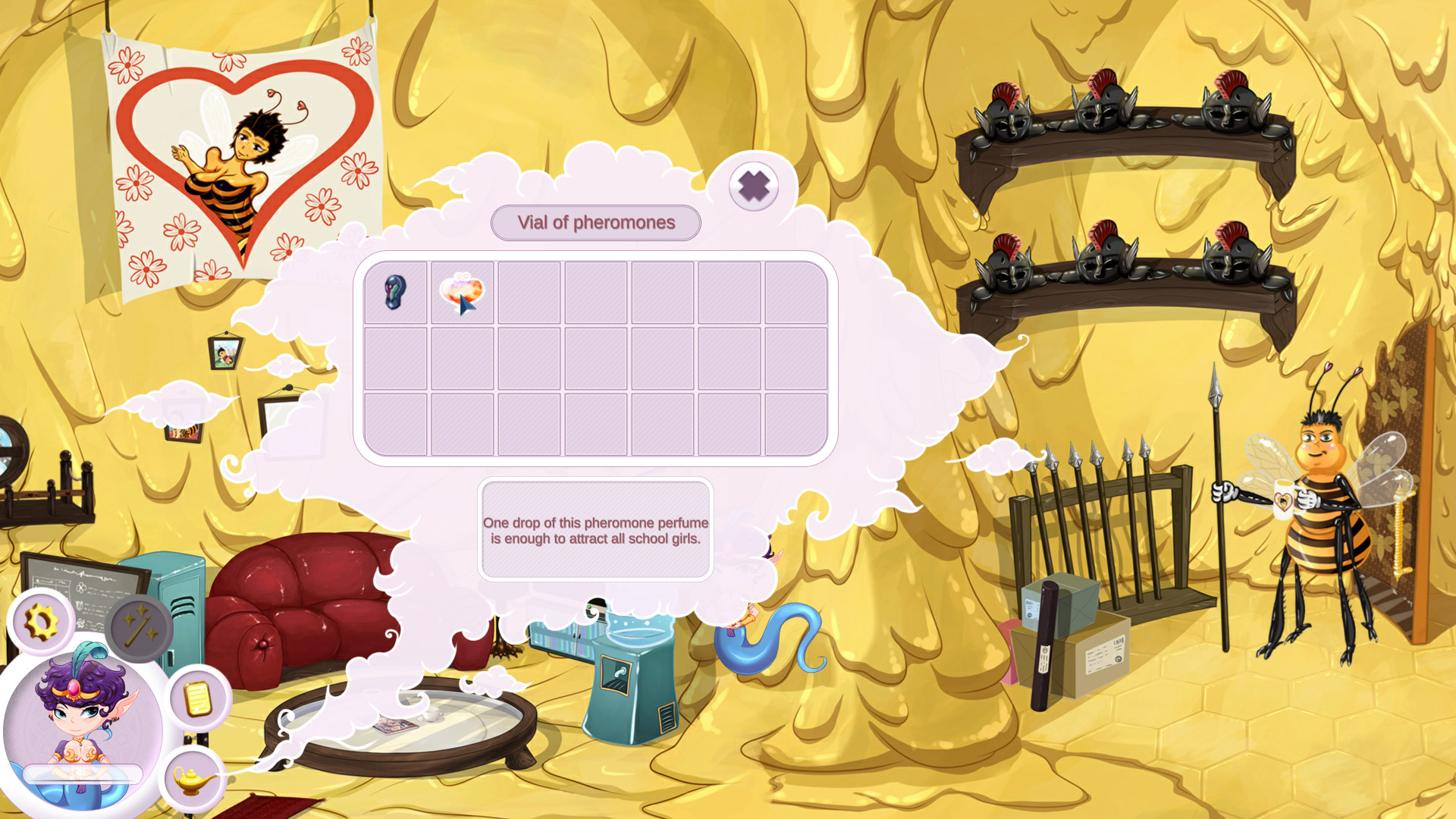 Overview:
Lazy Jinni’s Cupid Work
is a classic point-n-click comedy adventure.
It’s a game about an unlucky jinni whose name is Jinny.
Once upon a time after skipping her work for a couple hundred years Jinny was in a hurry to watch her favourite anime.
Alas while searching for new batteries for the TV remote and muttering under her breath,
she accidently called her bosss, charming Aphrodite-sama, an old hag.
Payback for stupidity came instantly and now Jinny has to fulfill her cupid work on Earth,
or she’ll be forced to change her job.
Believe us, cleaning Hades’s toilets in the ninth circle of hell is not the best career opportunity.​

Chp.1
Added:
new starting location;
tutorial mode with visual explanations of basic gameplay mechanics;
2 new story scenes;
new art;
new music;
new fonts.
Fixes:
a bug when Jinny could not move after some puzzles;
heating system puzzle: interactive elements no longer disappear from the screen;
lack of text when interacting with a can of paint in the basement;
a bug with the depth of rendering of sprites in a bee hive;
some objects you were picking up moved in the wrong direction;
adjusted the volume of the songs.

Be a good man and get what you want. It will be not just simple robots, there will be a lot of familiar characters that you’re totally gonna like.​ Will you find love and happiness? Will you be a good man? Will you user your power and authority? Try now!