In order to survive in this new world, you earn money through battle drops and prostitution.
You have to pay to the innkeeper at the end of every week.
If you defeat the Demon King (last boss) and return to your original world while also having all your bills paid, you will be able to clear the game.
Story:

One day, a young couple is suddenly transported to another world.
In order to return to their original world, they have to defeat the Demon King…
And.. that’s it..
The FMC will cuck his boyfriend multiple times along her journey.
Have fun!

2022-08-13
– Manually Edited Menu’s and buildings names + Adjustments – Base MTL Translation (Red Sugoi)
– Proper word wrapping
Note: I haven’t finished the game yet but so far no issues with the translation and no reports from my supporters.
If you encounter any bug DM on Discord to fix asap.
Jestalco – Another World NTR Story
PC, Mac, Linux
Game rating: 5 32 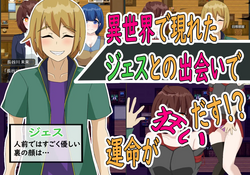 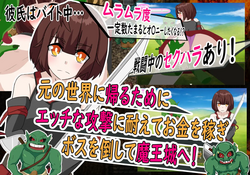 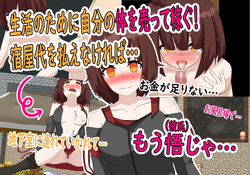 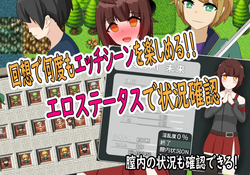 Enter an world with your wishes. Get this from MEGA or other file hostings, unzip, easy install in a couple of minutes and play this interactive game.

Try to be a good player and get what you want. And it will be you next second life, there will be a lot of familiar characters that you’re totally gonna like.​ What will you do? Will you be a good man? Will you user your power and authority? Try now!