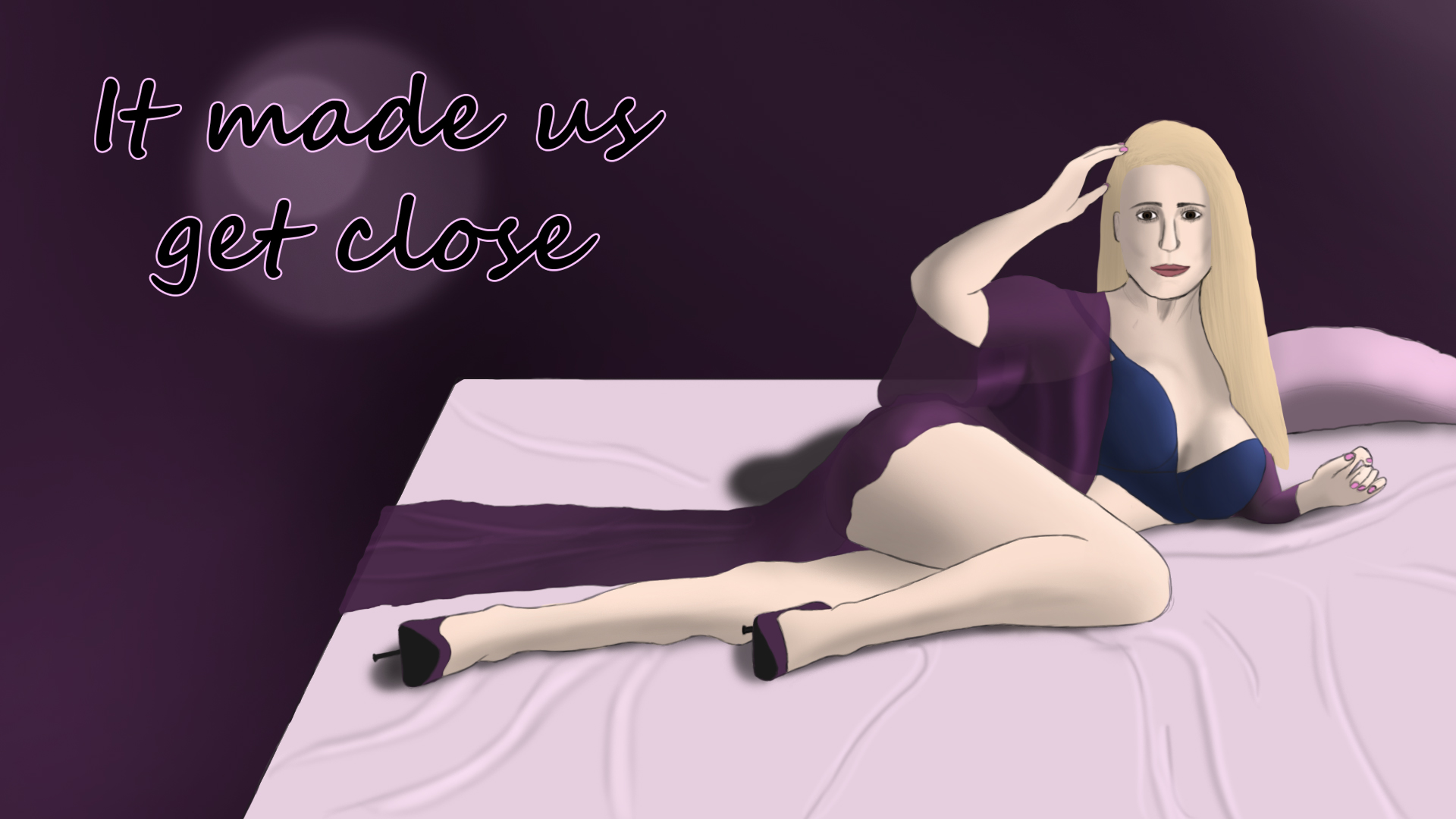 Description: :
This game is about a student programmer-computer geek-guy, who is stuck with his mother’s friend in a zombie post-apocalypse. They didn’t have any thoughts about any romantic relationships, but in that situation, it just naturally happened to them. With every day that passes, they become closer and closer to each other. But they don’t want to cross that line, because it’s wrong for them to have that kind of relationship… He is a young guy, and she is a mature woman, plus she is his mother’s best friend. But they just can’t resist it, and with every day, they become closer and closer…
This game is about affection and realism.
Now it’s just a demo that reveals the beginning of this story. It doesn’t have a lot of content right now, but you can see what the story is about.

About sex content: The relationships between Alex and Amanda will increase very slightly with over time. With every release, they will become a little bit closer to each other. It wouldn’t be realistic if they just fuck on the first day they meet, right? Also, I think that the seduction process is the central part of the game. When sex happens, it means to me that this character’s story is almost finished. So I want to stretch the process of them crossing lines, as many times as possible, because to me, that is the most interesting part of these types of games. So, no sex scenes in the near future, but they will do inappropriate things like kissing, sleeping together, massage, etc., and it will grow continuously until they eventually have sex.
It Made Us Get Close
PC, Mac, Linux
Game rating: 5 46

It Made Us Get Close: screenshots

Welcome to the adult world of meetings with your wishes. Get this from MEGA or other file hostings, unpack, easy install and play this adult game.

Be a smart man and take what you want. And it will be not just simple robots, there will be a lot of interesting persons that you’re totally gonna like.​ What will you do? Will you be a good hero? Will you user your power and authority? Try now!