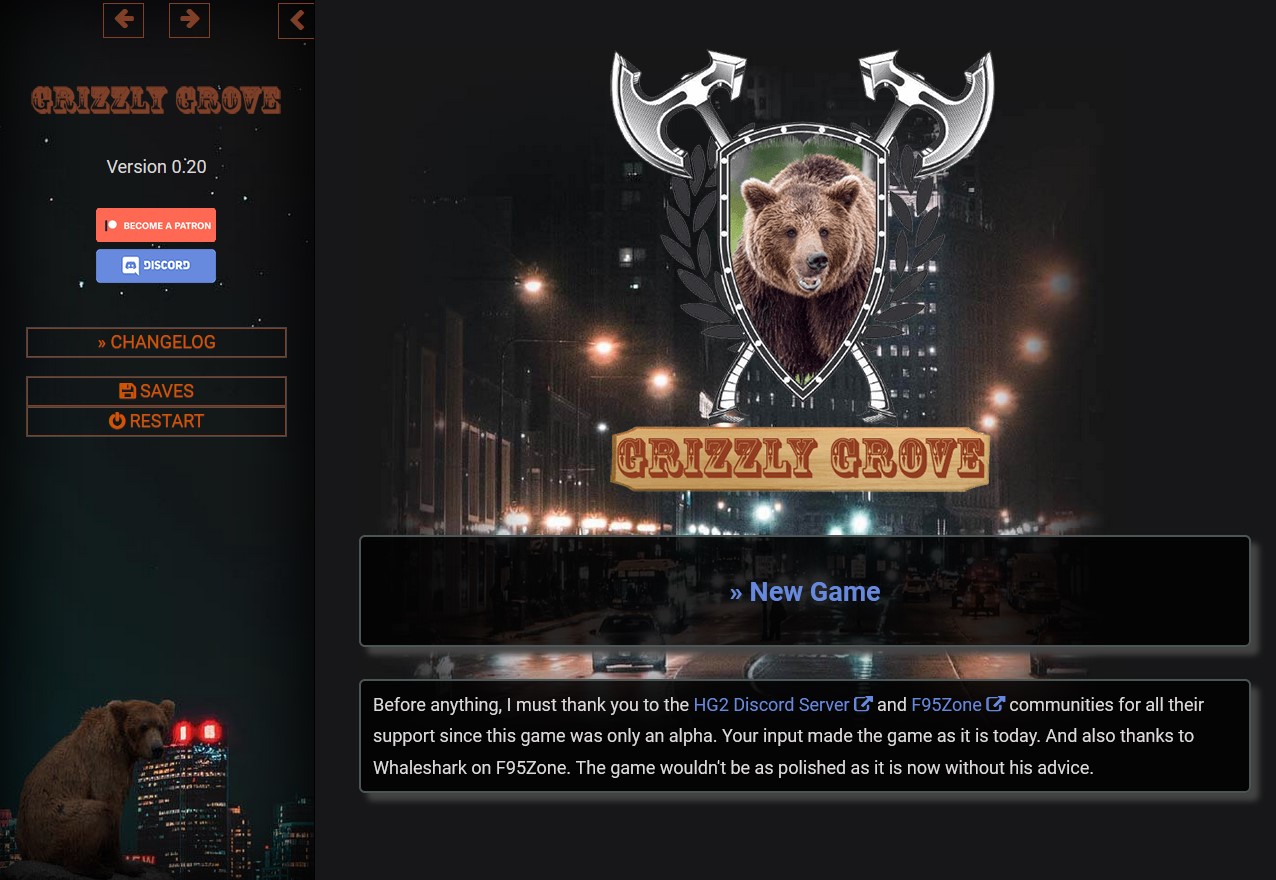 Grizzly Grove is brought to you by xGames as a part of our large adult games collection. Free download of this adult game is served with just a few clicks. Games like Grizzly Grove are delivered to you on daily basis by xGames.

Welcome to Grizzly Grove, where everything can happen. From ridiculous and over the top plots, cringy lines and bad english, to maybe find your true love? we’ll see.
You take the role of a 27 years old young man, named as Ryan McBright (name can be customized), who returns to his hometown, Grizzly Grove, a big Coastal city, after a 10 years abscense. 10 years ago you left your family’s house to live with your uncle after a very strong argument with your mother. You lived with him the last 10 years, finishing high school and then working for his business. And you could have your life apart from this city forever….
But you are not the type of guy that runs away. Eventually, you make the decision to come back, and with the help of your uncle, you rent an apartment on Grizzly and try to make your life here. Will you succeed? or will you return to your uncle’s house with your tail between your legs? it’s all up to you.

: More info
The game is a Sandbox, heavily text-based. Centered on Gay romance. You’ll choose your own path in Grizzly Grove city. The main idea is to navigate and enter one of many storylines available, as well as explore the various locations through the city, meet various characters, and have some fun in the process. The city is full of hairy, daddy-looking guys (now you see why the grizzly on the game’s name?).. Let’s begin from the obvious: Gay Tag IS NOT avoidable. I’m aware of the of the vaginal sex tag, so if you still want to know about it, please read the Dev Notes section, there I explain almost every kink and fetish on this game.
At the moment, there are only two love interests fullly implemented in the game: Dalton Jhonson, your landlord (and boss if you join JCS), and Garrett Kennedy, you MMA coach at the gym. More storylines will be added in the future.
This is my very first game, and it’s all thanks to the feedabck of this wonderful community during this last year on my development thread

If you downloaded the zip version, just unzip and run the index.html file. It’s a browser game, and the one I recommend using is Firefox, but I also tested it in Chrome, Opera, and Edge.
It’s possible to get the offline version running on android. In order to do so these are the steps:
Download Joiplay and Rar (to open .rar and.zip files on android) from the play store. They are free.Using your browser of choice, download the latest version of the game on itch.io (I used Chrome)Once you download the game, Open the Rar app and open the downloaded .zip file. Extract and take note of the folder you extracted to.Get back to joiplay, click on the “+” icon on the corner of the screen. Give a name to the game and tell it where is the HTML file (is on the folder you extracted in the prior step). Optional: you can find an icon for the game on the media/general folderAnd that’s it, the game can be started on joiplay.

Update 0.20 (Initial launch on F95)
Chasing your landlord
Finally, this is the conclusion of JCS Storyline, Dalton’s romance and the official release of the game! So, hang on bear lovers, There is a lot of content on this update, so let’s begin. As always, the cheat password is on the changelog in the game, understriked.
This update is all about the last level, VIP Manager. You’re now Dalton’s right hand man, and you’ll handle the most sensitive clients, administrative work (yay for paperwork!!!) and the contracts for JCS. Also, Dalton’s romance is at your reach too. So, do you have what it takes to gain the love of your grumpy boss and landlord? let’s get to it then!
Features
* Added an Advance Time feature on the left side menu. It allows you to advance time (1-12 hours). Be careful where you use it, as you may break some timed events or missions.
* Added a new Patreon button, for anyone who wants to support me and have a direct influence on the game’s storyline’s polls, and other features.
* Now, on some of the mandatory sex scenes where BDSM is involved, if you de-select a choice, not only the media will be disabled, the text will also be blurred.
* Added the promotion event to level 3
* Added the first day mission as VIP Manager. The SeaTech contract, where you’ll have to recover it from a SCS rival. If you succeed, you’ll gain SeaTech as client (opening the regular and optional missions of SeaTech) and you can have sex with the CEO, Arthur.
* Modified the daily activities at JCS lvl 3. Now, if you missed one of the two optional missions (the BDSM porn clip filmations) you can now do them, even both if you skipped them, this time, you’ll be accompanied by Dalton to Marc-Us, so there’s a lot of changes on the dialogues there, and if you romance Dalton and do one of these scenes, you can have a BDSM encounter with him at a date on Grizzly Roar Bar. There is also a third brand new optional mission at SeaTech, if you were successful in the first day mission. If you full it successfuly you’ll get a chance for a threesome.
If you have won Brian’s muscle challenge, he’ll want to challenge you again. If you win, there is a new sex scene with him at his apartment. If you beat Louie once, he’ll challenge you again. If you manage to win a second time, he’ll invite you later to his apartment, where you’ll have a threesome with him and a spcial guest. Who? you’ll have to play to find out.
Also, if you romance Dalton, you have the chance to take him on a date to two places: The Mario’s restaurant and Grizzly Roar Bar. in both cases you can get a sex scene with him.
* Regular jobs at JCS Level 3
If you gained the SeaTech contract, its CEO Arthur will call you to make inspections on the HQ. And a chance to have a sexy time with the CEO if everything is alright
The Wrights job, Part 3: Our favorite geezers are back. They’ll need you at their Antique store so you can help them with the cleaning. But as you get in, weird shit start happening…
Help Dalton and your newbie co-worker, Jason, to get the weekly detergent shipment for JCS. Anything goes here, including using your natural charm and attributes to do so.
The BDSM Gym of hell. Dalton wants to steal a big SCS client, the Black Beard Gym. Of course, as Sea Tech, gaining this new contract is hard. But if you succeed, dom and sub players will be able to get special scenes for them, also a chance to farm attitude points.
Knowing Mark. Your old client, Mark Jones, finally meets you. If you succeed on this mission, you can have some sexy time him.
Story missions at JCS Level 3. This time, the five story missions are exclusive to Dalton’s romance. They will serve to advance the romance and JCS plot altogether. At the end, depending on how well (or bad) you romanced Dalton, you’ll get one of two possible endings with him.
Bug Fixes
* Lowered the cleaning skill requirements for Louie’s first challenge
* Added a love interest section on the help screen, to give a brief introduction to both love interests in the game and how to meet them.

Q: Where is the cheat password?
A: The cheat password can be found on the changelog in-game, understrike like this . For example, if the version is 0.20a, just look for the 0.20 section
Q: I don’t want to see x fetish or action in sex! You’re a fucking sicko!
A: I know. Every kink other than vanilla sex is optional, and can be avoided. Even on BDSM mandatory scenes, you can opt to not see the media and blur the text by de-selecting the kink (and they come de-selected by default.).
Q: Are there any content paywalled? or cheats?
A: NO. The advantages that patreon gets, are early access to the updates, and voting power on what are the future storylines (and the higher tiers may commision me for extra scenes). But the is, from the beginning a free game.
Q: How long will the public version be released compared to the patreon one?
A: Patreons get a 2-week headstart on every content update. After that I will update here, on discord and itch.
Q: What Love interests are there?
A: As of 0.20, the only romance options finished are Garrett Kennedy (your fighting coach) and Dalton Jhonson (your landlord and boss on the JCS storyline). More will be added in the future, like Mack Williams (the owner of Ursus Brothel) and many others I won’t spoil here.
Q: Can I have more than one love interest?
A: No. Once you’re set on one, the others lockout. Unfortunately, this is not an harem game.
Q: I can’t access X place, or meet Y Person!
A: There is a full walkthrough on the help section of the game, it should clear almost every doubt.
Q: I can’t run the game! what can I do?
A: The game was developed with desktop platforms in mind, at a base resolution of 1280×1024. I tested it on windows 10 on Firefox (recommended), Chrome, Edge, and Opera. Linux and MacOSX SHOULD work but I have no idea if they work, so more feedback is welcome.
On Mobile, I managed to get it running on android (I tested it through joiplay using NOX emulator on PC) and more recently, I ran it on an old android tablet using Chrome so I can say it works on android, but may be uncomfortable to play on devices with smaller resolutions (like smartphones). On iOS was difficult. I have an old iPhone 5S, with iOS 12 and safari, and the game doesn’t run there. My guess? if you have another browser than safari it might work, but I’m not sure.
One note: The game uses a lot of webp images and webm vids, so it’s recommended that your browser supports them. The only browser that gave me problems was Safari on iOS 12. I’ve read that on MacOSX (and iOS 13 and later) Safari supports it but I can’t check if it’s true.
Or you can ask here and I’ll help as soon as I can
Grizzly Grove
PC, Mac, Linux
Game rating: 5 23 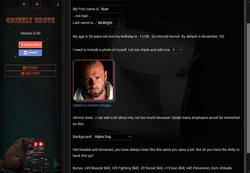 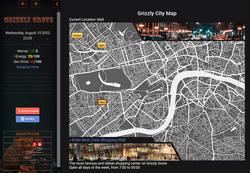 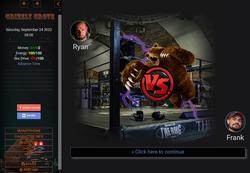 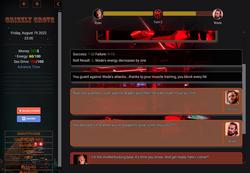 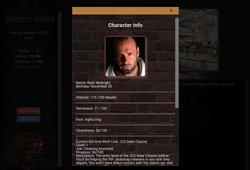 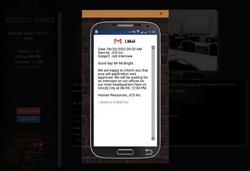 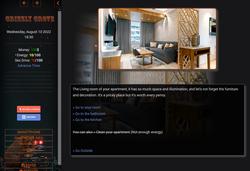 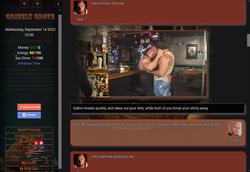 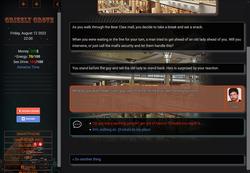 Be a smart player and take what you want. It will be you next second life, there will be a lot of familiar characters that you’re totally gonna like.​ What will you do? Will you be a good hero? Will you abuse your power and authority? Try now!