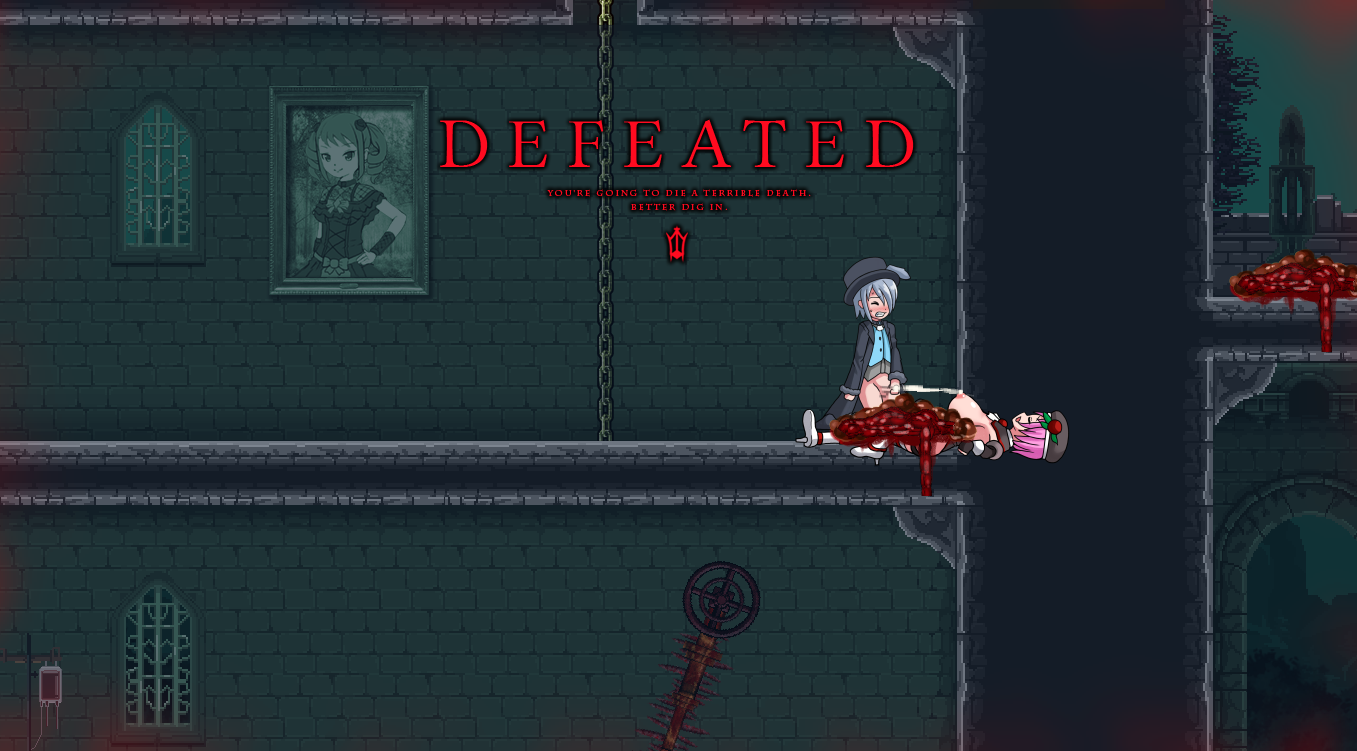 v0.78
Inside the game folder

Character 1
[Nevia Ward]
A girl who is a grave keeper. He has served the “Black Country” for over 100 years and has mourned many royalty. Fight the “White Country” to recapture the five kidnapped princesses.
[Archbishop Glorias Ansem]
Archbishop who controls the religious nation “White Country”. The purpose of this work is to defeat her. He plans to kidnap the princesses of “Black Country” and sacrifice “Archangel”. His personality is ruthless, cold and brutal. Manipulate pale thunder.
[Church Grimm Brothers and Sisters Kevin] A
dog spirit who lives in the catacombs of “Black Country”. It usually looks like a dog, but it can also look like a person. It has the ability to seal the soul of the predator with a torture device. He is also good at handling torture equipment. It seems to be in estrus.
[Church Grimm Brothers and Sisters Lucy]
Kevin’s twin sisters.
When tortured or executed, he wears a plague mask and carries out his mission so that he will not be aware of his facial expression. Compared to his introverted brother Kevin, he has a mischievous personality and is playing with his estrus brother.
[White Sister]
A general female soldier in “White Country”. If you find this, you will slash it with a sword. Prefers to eat human flesh.
By eating the soul, you can make it a “rotating saw punishment”.
[White Priest]
A boy monk in “White Country”.
A sexually dominated priest, he constantly masturbates and moves, ejaculating when firing magic bullets. Ejaculate even if the upper body is blown away.
By eating the soul, it can be made a “Manneken Pis punishment”.
[White Vice]
One of the executives of “White Country”.
Characterized by Noh weather and innocent words and deeds, his personality is very brutal. I only think of humans in the “black country” as pigs and insect mole crickets. Stand in front of Nevia and others with the ability to manipulate a vise.
By defeating her, you can be sentenced to a “skull crusher”.
[Alchemist] A
mysterious girl.
She is so poverty-stricken that she can’t even buy underwear in tattered clothes.
It seems to have a powerful magical power, and by giving her a jewel, it strengthens Nevia’s ability in return.
I’m worried that my chest is small.
Graveyard Executioner
PC, Mac, Linux
Game rating: 5 16

Enter an world of meetings with your secret wishes. Free download from MEGA or other file hostings right now, unpack, easy install and play this interactive game.

Be a good player and get what you want. And it will be not just simple robots, there will be a lot of familiar characters that you will met.​ Will you find love and happiness? Will you be a good hero? Will you user your power and authority? Start now!