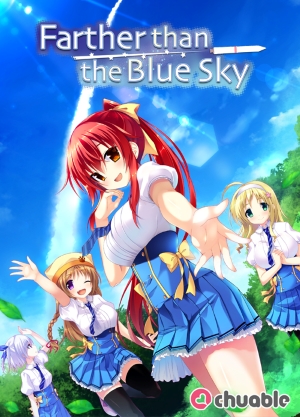 Ever since the skies were conquered, mankind has dreamed of soaring even higher out into space. Few have looked up at the stars without dreaming of rocketing off into the heavens, and that’s all the more true for the members of Byakko, a small rocket club at Amanoshima Academy, a prestigious academy renowned for its aerospace curriculum. Together, their team faces the challenge of winning the Max 5 competition, a competition to construct the highest soaring rocket under five meters tall, with past winners reaching altitudes of over 35 and 41 kilometers! Everyone around them expects them to fail, but can they achieve liftoff by summer’s end? With passions and excitement running high, what other catalysts are waiting to ignite in this award-winning tale of hard science, real engineering, friendship, and perseverance?

: More info
There were just five of us when we first started developing rockets. We didn’t have enough money, equipment, or knowledge. Everyone told us we would fail, but I…
We… didn’t give up. None of us.
We lived on Amanoshima, an island far to the south of mainland Japan and the location of a large aerospace program. Our school, Amanoshima Academy, had a prestigious aerospace curriculum and students from all over the nation attended it, eyes set on being a part of the next generation of rocket scientists.
“Hey. Want to make rockets with us?”
That was why I was so surprised when asked me to join her. I was enrolled in the normal curriculum, not aerospace, and nobody ever doubted the fact that I was an idiot. But when I looked into her eyes, I saw how sincere she was… and it shook me.
Finally, I decided to join the small rocket club she was the president of: Byakko.
“You won’t make rockets at Byakko.”
The one who told me that was Reimei Kaho, vice-president of the largest and most illustrious rocket club of the many at our school: the ARC. She had come to notify us that we had been dissolved.
There was only one way to stave off our own abolition. We had to win a rocket competition before the beginning of the second term. There were five of us. Arisa. Me.
“We can make rockets at Byakko too.”
Ibuki Nazuna, who loved rockets like nobody else.
“I want to be in your club.”
Michibiki Honoka, my childhood friend who loved to play tricks on others.
And, finally, Kaho, who had made so much trouble for us initially. Together we tackled rocket science.
We had to win a competition if we wanted our club to endure. And, even more than that, we wanted to launch a rocket that our own hands had built and see it soar toward space.
The Karman line: 100km of altitude.
Higher than the clear sky.
We worked hard and chased our dreams to the edge of space.
: Opening Video

Farther Than the Blue Sky: screenshots

Welcome to the adult virtual world of meetings with your secret wishes. Get this from MEGA or other file hostings, unpack, easy install in a couple of minutes and play this interactive game.

Try to be a smart man and take what you really want. It will be not just simple robots, there will be a lot of familiar characters that you’re totally gonna like.​ What will you do? Will you be a good man? Will you user your power and authority? Try now!