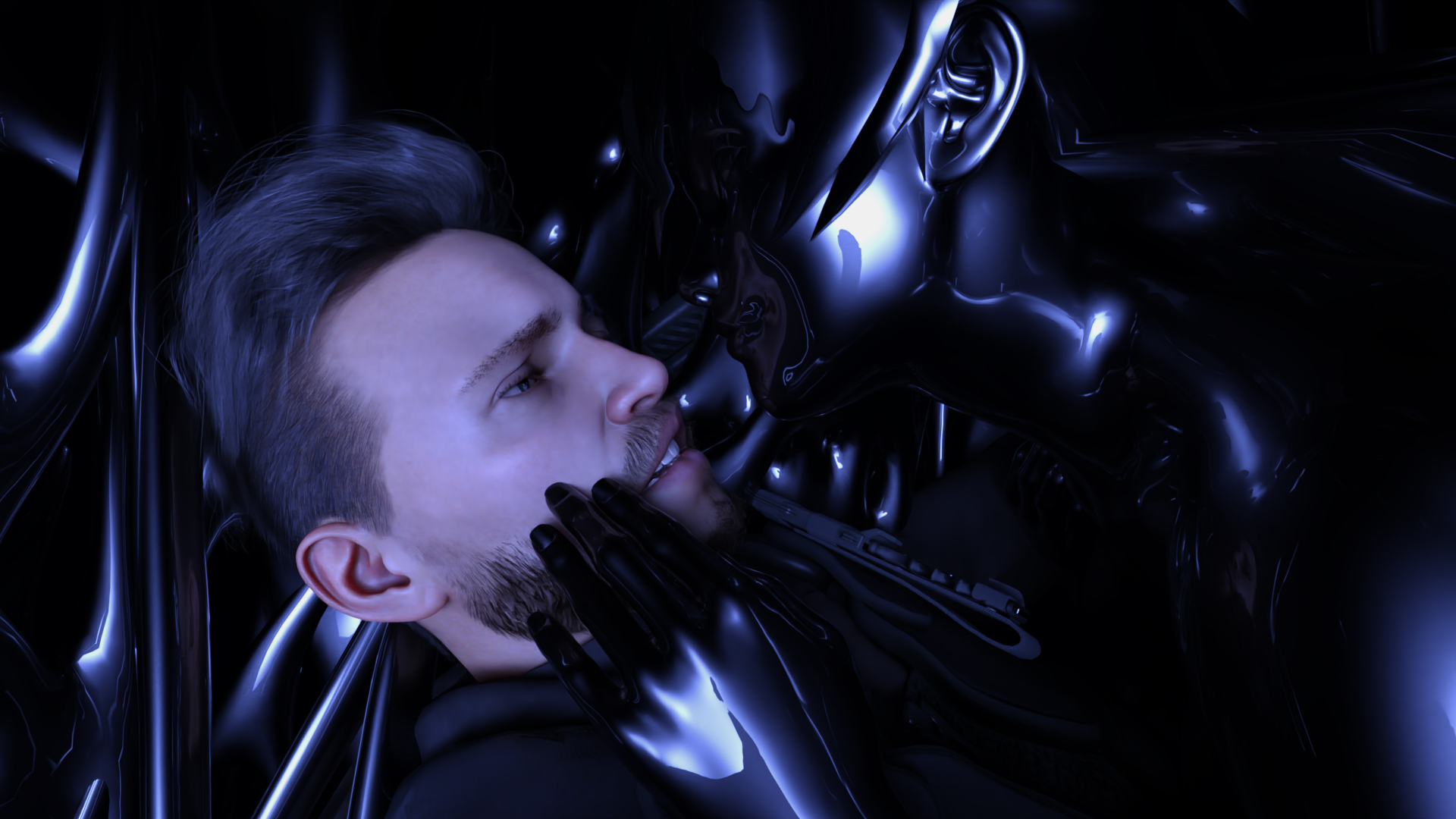 Etlina’s Principle is a mature, adult game with a VN style gameplay and focus on symbyote\living suits theme.
Humanity discovered a new type of living organism – a symbiotic life form called “Nox Limax”, which gave the hosts incredible powers. But one year after the successful tests on humans,
something happened that seriously changed the world.
At some point, people began to turn into slimy latex-like creatures.
The environment of the city and its neighborhood, animals,
humans and fauna – all changed drastically, changing the land into a very dangerous place,
like an alien planet with its flora and fauna.
You are the member of the HOWL Squad – a special military unit designed to perform tasks in conditions of increased danger. On your way you will meet many local inhabitants,
most of whom may not be as horrible as they are told they will be.
On your way you will find a lot of friends and enemies.
At the end, it will be up to you to decide who is the the real threat.
Who will you choose to support and what possible results will that have on the people,
you care about and the fate of humanity itself?​

Additional non-official tags: living suit, symbiote, slime girls.
This is the first serious and long project I’ve ever worked on. Most things, like coding and sound\music editing had to be learned from scratch (so it might look like a generic Ren’Py game with a linear gameplay ), but it was an extremely interesting and fascinating experience. So, criticism and feedback are more than welcome!
The first versions are likely to be more focused on exposition and establishing the protagonist’s relationship to the world around him and what is going on. Also, I would like to put more emphasis on the hybrid girls, especially their more or less unique designs and abilities. It will most likely be something like “Hybrid of the Week” system with a new symbiotic girl\s per every game update. Fans of normal human girls should not fret there will be human girls to romance in this adventure as well.
I would also like to note that in the future there will be no NTR or similar to this themes, so please – don’t expect it.
DOWNLOAD
Win/Linux
: – – – –
Mac: – – – –
​
Etlina’s Principle
PC, Mac, Linux
Game rating: 5 38

Welcome to the adult world of meetings with your wishes. Free download from MEGA or other file hostings, unpack, easy install in a couple of minutes and play this interactive game.

Be a smart man and get what you want. It will be you next second life, there will be a lot of interesting persons that you’re totally gonna like.​ What will you do? Will you be a good man? Will you abuse your power and authority? Start now!