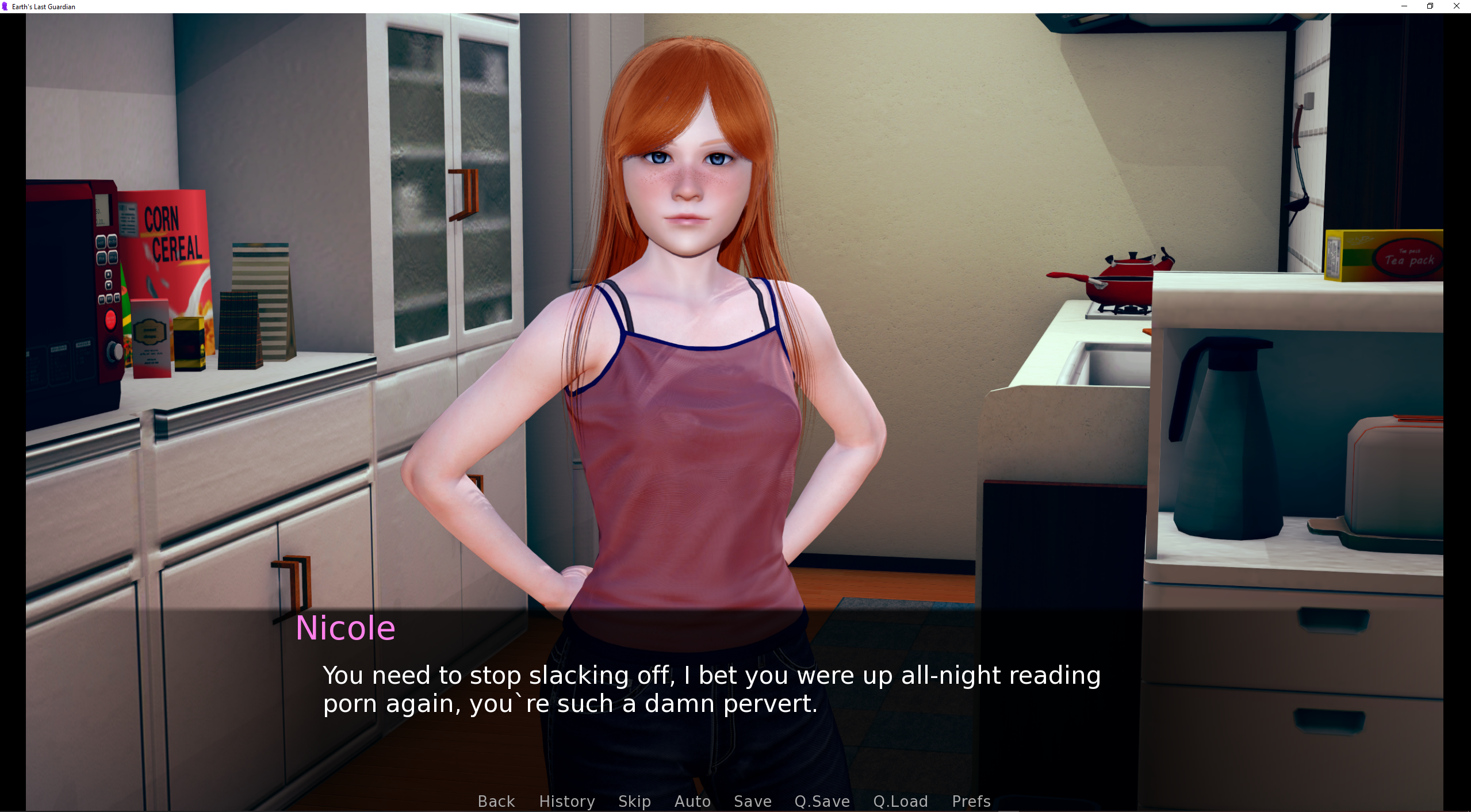 Earth’s Last Guardian is published on xGames in a list of adult games download. Direct download of this sex game is available with just a few clicks. New and only best games are delivered to you on xGames.

You play as an average guy, living with your sister after a worldwide pandemic wipes out 96 % of the world’s population. After your uncle dies a mysterious letter appears in your room, as soon as you finish reading the letter a strange door materializes in your room, drawn to the door you cannot help but to open it and step through. And so, starts your adventure, you will meet many new friends and a great many new enemies.
How you play the game is mostly left up to you, you can play it out on earth ignoring the strange dimension through the doorway or spend your time in their and finding out the legacy of your family and the guardian that came before you.​

In this initial release expect bugs, the game is being made by a single dev.
Post any bugs you find in the discords bug channel.
Post any typos you find in the discord’s typo channel.
This project is being made mostly as a hobby, I am not a coder nor am I a writer, take that as you will and base your expectations on this being a hobby project.
Questions of this is good but can you add x, y or, z will mostly be ignored I have a direction in mind and a fixed view on what I want this game to be. If the game comes to a state where I am happy to maybe add things outside of this scope, then I may be open to suggestions when the time comes.
Although most Ren’py game distributions create windows, Linux and, Mac versions I do not have access (nor do I wish to have access) to Linux or Mac systems, therefore I cannot test on those operating systems and so the game is not officially supported outside of windows. (This will likely change in the future and Linux/Mac versions will be released, however if there are bugs specific to these operating systems, I will likely not be able to fix them)
As for Android there will never be an official Android release, similar to the above I have no desire to learn how to modify my code for android (unlike Linux and Mac there will never be an Android version)
One keynote is that this game will always be free, in time I plan to have a SubscribeStar but there will be no paid only content.
Earth’s Last Guardian
PC, Mac, Linux
Game rating: 5 71

Try to be a good player and take what you really want. It will be you next second life, there will be a lot of familiar characters that you’re totally gonna like.​ What will you do? Will you be a good hero? Will you abuse your power and authority? Try now!