“Defile” is an animated visual novel where you play as an overlord.
Having believed that you conquered all of the kingdoms of the earth, shocking news of a mysterious hidden land reaches you. With a sadistic wife at your side and over 120 armed soldiers aboard your ship, you set sail for this uncharted territory to further expand your reign. Bloodshed, appropriation, submissive queens, and heated sex; what more could an overlord ask for? What could go wrong?​

Install instructions
THIS GAME WAS INTENDED TO BE PLAYED BY ANDROID USERS. I just happened to build it for PC. So don’t complain about the resolution. You’re welcome!
Defile
PC, Mac, Linux
Game rating: 5 30 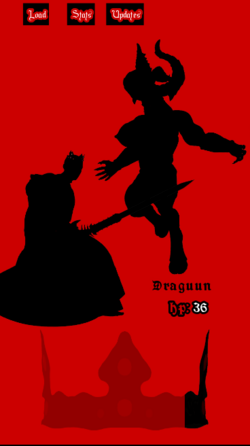 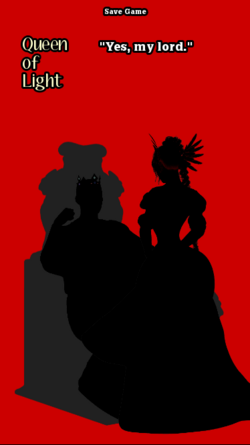 Defile is a unique game and concept which you rarely found out there, the game has a shadowy graphics and full-in a visual novel game with some there are several game modes. The game featured erotic stories and animated sex scenes. Moreover, the game has a great sensation of adventuring within the campaign. There are sex scenes and unusual gameplay for the most of the visual novel game that I have seen and played so far. I complete the game under 30 minutes and it was a great experience to be honest. I summary, the gameplay and I make a short hints just in case someone needed.
1. Your objectives are pretty simple at first you have to conquer every each kingdoms talk to your advisor to do it.
2. After you complete the conquest of the kingdom you will unlock new scenes on every each queens complete the minigames and you will eventually level up helping you and leveling you up for fighting the monster on Travel Menu.
3. After you completed all the queens mini games just straight to end of the travel map until the final boss shows up. You just have to be lucky on this one the chances of you are wining is 1:1 or 50:50.