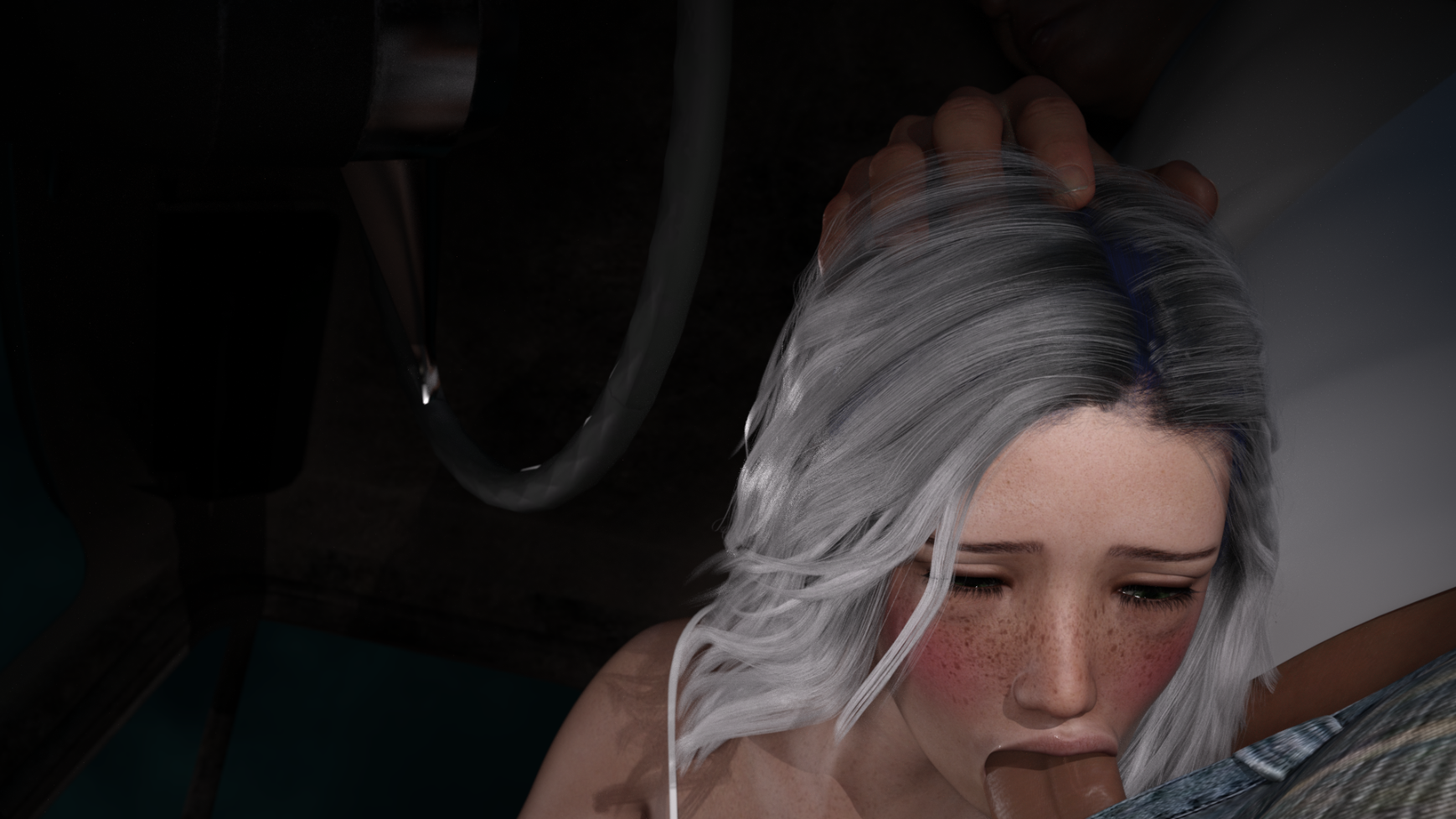 Clara has been dating Oliver for about two years already.
He asked her out, she was curious about dating and her high-school friends kind of pushed her into it.
Relationship is stale, sex is boring but she doesn’t really know, she has no other experiences to compare it with.
She pretty much prefers spending time with her dad, whom she has a platonic relationship with,
than going on dates with his boyfriend.
That will change tonight, as she experiences something she has never before in the hands of a man she doesn’t even like.
Suddenly realizing sex is not a side character in a relationship, but pretty much one of the main protagonists, she is confronted by the fact that she might be losing her dad to someone she despises.
Where will Clara’s small trip of self discovery take her ?
Will she keep focus and keep her dad’s affection just for herself or will she get lost in the way ?
​

Clara bittersweet day is a decision-based Ren’Py visual adult short story featuring a day in the life of Clara Lewis while uncovering some of the mysteries in “The Theater of Sinners”.
An early word from the developer
Hi ! JustXThings here. The Theater Of Sinners collection of adult plays focuses on humiliation, sadism, masochism and D/s relationships. Kinks aside, expect dark stories. Romance might be present, but most times in an unconventional and twisted way. If these kind of dynamics make you uncomfortable, I’d advise against playing this game.
Kinks (pretty much all kinks are optional)
HumiliationBDSMIncest (father / daughter)NTR (third person view)Vaginal, oral, analSharingExhibitionismCorruptionVoyeurismUrinationRimmingPregnancy (endings)Foot worshipingForced sex
Sub-Plot
A lone child lays in a cell since as long as she can remember. Imprisoned by a crime lord which is trying to uncover the secrets of her mysterious condition.
About “The Theater of Sinners”
The is a multi-layered story based in a fictional parallel universe where we’ll meet a collection of dark and broken characters in a slightly paranormal set-up and their struggles to cope with their own feelings. It’s centered in the relationship between Paula, the “disappointing” daughter of an all-mighty figure and Rebeca, an abused child too proud to realize how twisted she has become.
Even if part of a major universe, “Clara bittersweet day” is meant to be an stand-alone play where no previous knowledge is needed.
DOWNLOAD
Win/Linux
: – – – –
Mac: – – – –
​
Clara Bittersweet Day
PC, Mac, Linux
Game rating: 5 37

Be a good player and take what you really want. And it will be not just simple robots, there will be a lot of interesting persons that you will met.​ Will you find love and happiness? Will you be a good hero? Will you user your power and authority? Try now!