Bounty is a free text-based rogue-like about a desperate fugitive escaping from their country after a corrupt politician placed a bounty on her head.​

Alpha v5.4
Fixes:
Racial icons have had their racial features increased in contrast and will probably be modified again in the futureFixed crash occurring in foreign settlement and barbarian camp equipment shopsLocations in advanced settlements should now properly warn you when an action will break the rules you’ve set

Fixes:
Fixed a crash that occurred after the daily preparations screen whenever mood is 0

Fixes:
Fixed the Stretchy Body flavor text, which was being swapped with the default text for being roughed upFixed a glitch causing some of the new flavor text to not appear

New Additions:
Fame system implementedRenown increases client baseValue increases pay earned during encountersAllure slightly increases negotiationOptions menu given a set of buttons to spend fame pointsThe six advanced settlements intended to be released in the previous update are now available and are 99.99% guaranteed to not cause any crashesThey still haven’t undergone the testing that the previous settlements have, so please report any abnormalitiesAdditional text has been added to encountersText has been added to the character creation screens explaining races and sub-racesEncounter races are now functionalYou can see what a settlement’s population is when you look at the travel optionsLoading an old save will automatically set your current settlement and all current travel locations to human settlementsAdded the Xenophobic perk, exclusive to mountain dwarves, to reflect their issues working with other races, which reduces the pay you earn within non-dwarven settlements by 10%This is additive with your rules for price, reducing the cheap option to 70%, and the expensive option to 110%Added the Fae perk, which is to be used to alter future encounters as the fae halfling and the wild elfOne of these events involves the fairies in the enclave, who serve no purpose until alternate scenes are addedAdded the Recruit perk, which can be earned by training at the barracksThis perk was known earlier in production as Fencer and has since been renamedAdded a temporary data block on the data screen to give an idea of what saved games are there until I finish the journal featureAdded new items across various stores, including scented candle, elven cloak, silken sheets, perfume, and tonic.Scented candles and silken sheets can improve your mood daily, but are costly and only improve in small amountsElven cloak decreases the chance you will encounter a bounty hunter while they are in a town, but does not stack with the black goblin bonusPerfume is automatically used once per day in order to increase your client countTonic can be manually consumed to guarantee maximum affliction recovery whenever your day begins (similar effect to temple divine healing)Added the credits button to the title screen along with a simple credits screen, which includes two tiers of supporters – any supporters who have contributed $10 in one month, and all project supporters who have donated at least $10 throughout the project’s lifeIf you support the project but either don’t want your name listed, or want a different name listed, please message me either on Patreon using the account you pledged with, or send me an e-mail from the address you donated fromGoing forward, the credits will only be updated at the end of each month
Balance Changes:
It’s now slightly easier to shake off afflictionsDivine healing at the temple now provides a bonus chance to removing afflictionsVaginal and anal are now innately worth 20% more than previously in order to make them more attractive options considering the additional risks involvedResetting potential travel locations now costs more each time you do itThe cost resets to default after the day endsThere are now diminishing returns on time gained when traveling with 10 or more days left before bounty hunters arriveRelief Girl has been entirely reworked, granting a small fame bonus when you enter a new settlement, but has a lower travel discountUsing your action for the day to visit one of the locations now prevents you from traveling until the next day
Bug Fixes:
Loading games deleting sub-racesThe way perks were handled has been fullly remade from scratch, fixing a huge number of perks not functioning as intended and is fairly extensive, since I repeatedly tested every single perk during thisHealthy now properly increases the health modifierImmunity now properly reduces damage takenPerks that give multipliers should be more accurateBasically every perk should work as intended right nowExcept Party Girl, because groups don’t approach yetCrash that occured while sometimes loading gamesError that made the game unplayable on some systemsError that caused severe graphical glitches on some systemsError that prevented the browser version from loading in some browsersThe browser version has been tested with Chrome and Firefox, but should work with any HTML5-compatible browserCrash that occured when the browser version tried to do mathThe default race is now human and the default sub-race is the first sub-race of each raceDisabled loading game slots when there is no saved data in those slotsChanged the debug mode key away from AltFixed alignment of certain portions of the status screenFixed more text running off of the screenIf you find any more, please let me know which screen the text is running over onI’ve also included a ‘Text’ option in the bug report form, if anyone prefers to use thatFixed the buckler only working in certain types of encountersTo clarify, the buckler should always reduce the amount of damage you take in combat by 1Travel button no longer disappears, but will still be locked if you’ve been captured by slavers and haven’t purchased your freedom yet, or if you have already used your daily action
DOWNLOAD
Win: – – – –
​
&nbsp;
Bounty
PC, Mac, Linux
Game rating: 5 94 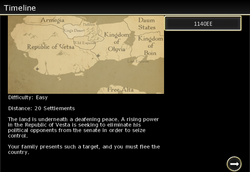 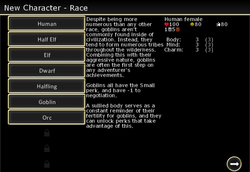 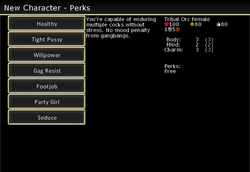 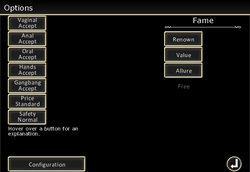 Try to be a good player and take what you really want. It will be not just simple robots, there will be a lot of familiar characters that you will met.​ What will you do? Will you be a good hero? Will you abuse your power and authority? Start now!