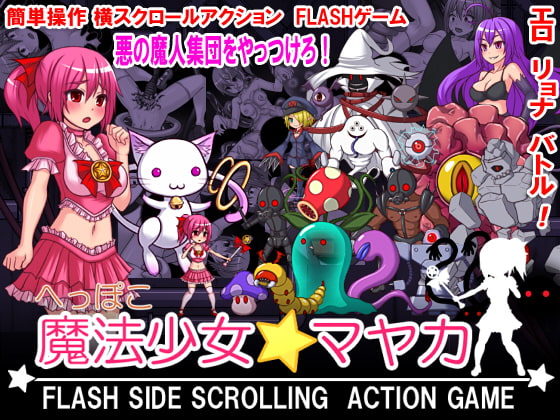 The Flash Side Scrolling Action Game by Himitsu Kessha.

Pit your utter novice of a magical girl against demons in hardcore ero battle!

Two weeks ago Mayaka was recruited to fight evil, but she never expected to do it so soon!

With only the most basic training she’s called on to subdue the demons that are snatching people up in town.

Aided only by her pixie companion “Nyanmaru”, Mayaka must fight her way to the secret base

and somehow take down the evil and save the people…

Damage tears off her clothes!

Failed battles will pay off in special CGs.

Plus unlock other event CGs.

Blast demons and navigate the traps of the stage.

Defeating each stage’s boss is your objective!

CGs can be revisited in CG Mode any time.

Unlock all 19 base CGs + variations + bonus 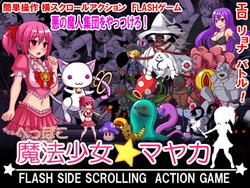 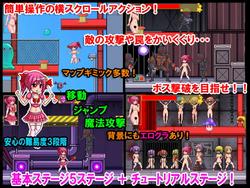 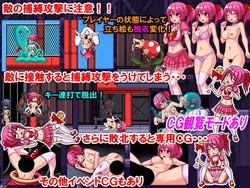 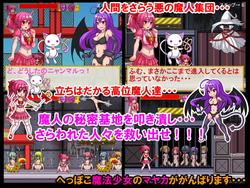 Try to be a smart player and take what you want. It will be not just simple robots, there will be a lot of interesting persons that you’re totally gonna like.​ Will you find love and happiness? Will you be a good man? Will you user your power and authority? Start now!