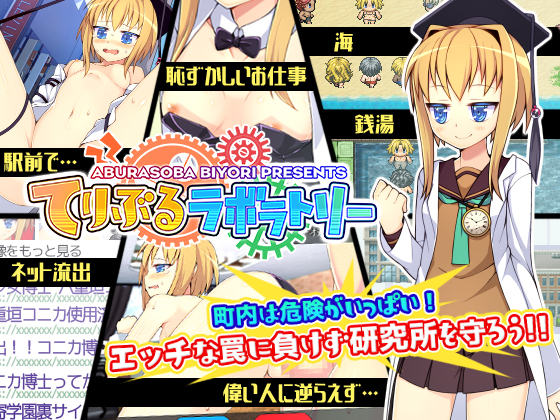 in order to protect her research institute through competing company’s

interruptions which are often humiliating for her.

a wide range of relentless humiliating mishaps are waiting to befall the heroine.

A pretty and talented scientist girl Dr. Konica Yaegaki is one of the most renowned

inventors in the world. In her recent project, she had developed a brand-new robot

utilizing technical breakthroughs in her own research institute, but the development

ceased inevitably because of a research assistant’s betrayal. Even worse, many

other research assistants have been headhunted by a competing company.

In order to fix the brand-new robot and protect her research institute,

– While collecting scrap metals in a mountain, she runs out of energy and falls unconscious.

Having her panties stolen by a hiker while sleeping, Konica returns to her lab without panties…

– A spa has recently been built near an academy Konica works at.

She soaks in a bathtub to relax, but in fact, the spa is a men’s paradise

when there are a number of spy cameras and peeping holes!

– Most sexual harassment and humiliation that Konica undergoes happen

in the town or before people’s eyes. So witnesses and passers-by take,

of course, photos using smartphones in their hands. Maybe some

ill-natured ones upload such photos on SNS……?

– Konica is harshly violated and the reel is spread all over the world.

Despite her motivation to rise again, since she has descended into the bottom

of the social system, only miserable jobs are available for her… 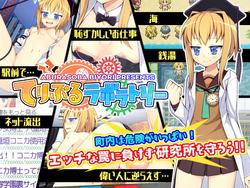 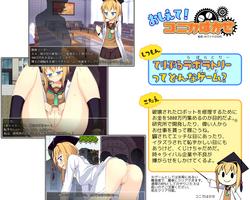 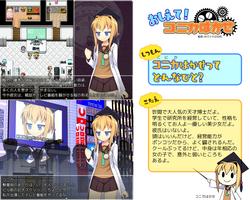 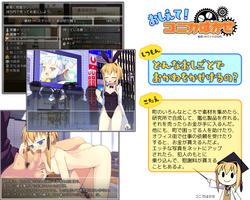 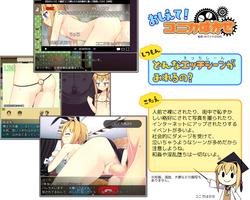 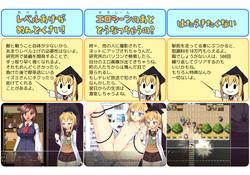 Enter an world of meetings with your wishes. Get this from MEGA or other file hostings, unzip, easy install and play this interactive game.

Try to be a good player and take what you really want. It will be you next second life, there will be a lot of interesting persons that you will met.​ Will you find love and happiness? Will you be a good man? Will you abuse your power and authority? Try now!