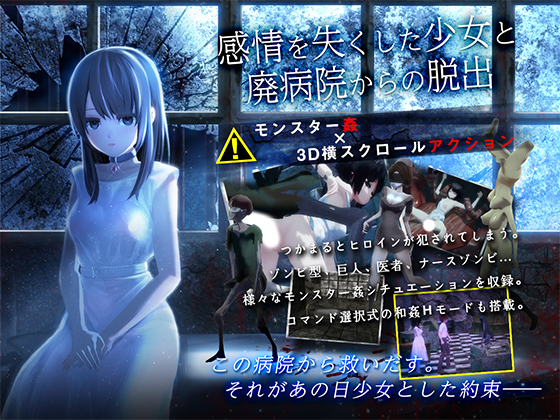 When I woke up, I found myself in a hospital.

Why I’m in such place… I don’t remember anything.

I shrike when I find an arm which is Skeletonized.

something important is missing from my memory…

I open a door of a sickroom… After overwhelmed by intense light,

there appears a hospital turned into a ruined building…

I have no idea what is going on… But I have to find her.

She’s only… Escape from her… The only hope.

I… I should protect her… Guess I’ll soon find her

in a sickroom over that corner…

tries to escape from the mysterious ruined hospital while

protecting a girl who lost emotion. A variety of monsters

lurk in the ruined hospital. The girl will be victimized if caught

so his way to the escape should be along with strategies

In rest areas he can touch the girl. Since the girl lost emotion

conducts without any resistance. She may gradually regain emotion

if he wins the trust of hers through story progression and a number of deeds.

Living zombies. Before their death they were patients in this hospital.

Wandering around the hospital in slow motion.

Medical staffs worked at the mental hospital before their death.

R*pe the girl in lesbian plays when capture her.

on patients before their death. Wear only surgeon’s coats and have

surgery tools like torture tools. R*pe the girl with aphrodisiac when capture her.

Victims of the psychiatrists’ inhumane experiments.

Chimeras consist of lower half of dog and upper half oh human. Run very quickly.

Seem like two humans are connected as top and bottom.

R*pe the girl’s mouth and genital as the same time if she was caught.

Ones whose tongues were made abnormally long.

Insert long tongue into the girl’s mouth during r*pe.

Seem like unbalanced dolls doe to their extraordinarily enlarged heads and trunks.

Draw near to the girl unlike their appearance.

Giants made of cutout of three humans.

Wall made of flesh with a huge mouth.

Woke up in a totally white sickroom all of a sudden.

Confused of the situation he was put, but later takes

action to escape from the ruined hospital with a girl.

Chicken-hearted in nature but the girl’s presence makes him bluff.

Suspects that the girl is a ghost when sees a stuffed carcass looks like her.

A girl who the protagonist knows only existence of for some reason.

Tries to search for the escape from the hospital together with him.

Rarely talks to him and hard to communicate with from his standpoint.

She shows much less response and resistance against his H deeds.

Lost her hope to live but comes to regain the thirst for emotion and life after meeting him.

Escape From A Ruined Hospital with a Girl Who Lost Emotion (DieselMine): screenshots 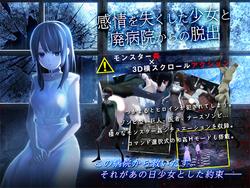 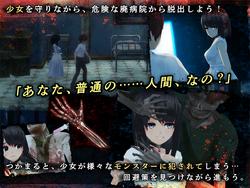 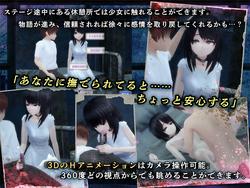 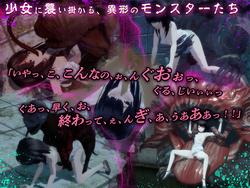 Enter an world of meetings with your wishes. Get this from MEGA or other file hostings right now, unzip, easy install in a couple of minutes and play this interactive game.

Try to be a good man and get what you want. It will be you next second life, there will be a lot of familiar characters that you’re totally gonna like.​ Will you find love and happiness? Will you be a good hero? Will you abuse your power and authority? Try now!