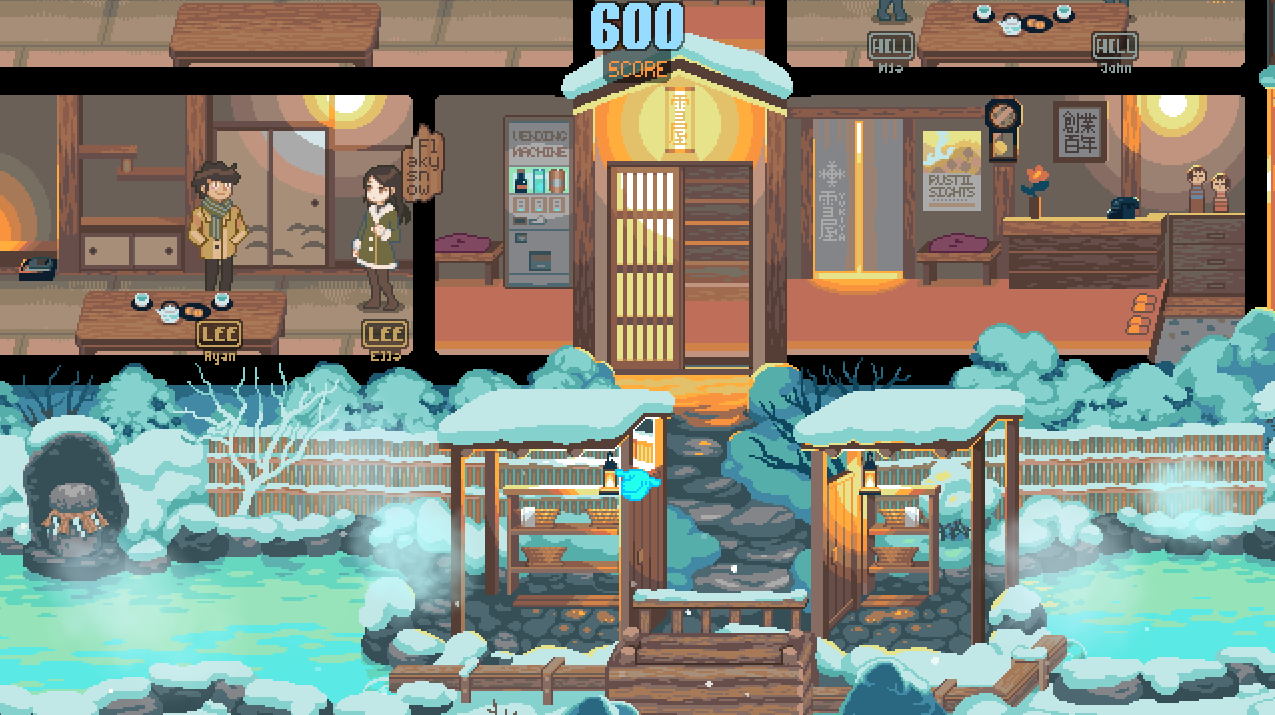 Yukiya Onsen: The Waters of Fertility is available here as a part of our large adult games collection. Free access to this game is provided with just a few clicks. New and only best games are are always available for you is always here.

In this pixel art H simulation game, become the god of fertilization and use your powers of possession(ntr),
and the knowledge of the 48 sacred sex techniques to help three married couples achieve “happiness”
at a hot spring resort.​

Translation
● Characters Description
— Mr. and Mrs. Hill
John Hill, 25 years old.
Works in the manufacturing industry. He and his wife often go on trips together on their days off.
He is crazy about his beloved wife, Mia, and has sex with her four or five times a week.
Mia Hill, 24 years old
Married last year. She has known her husband, John, since they were teenagers.
She is easygoing and easily influenced. Works as a designer.
— Mr. and Mrs. Cruz
Glen Cruz, 39 years old
He is a general manager of a major general contractor.
It starts to get a little difficult for him to be with his wife at night.
Ann Cruz, 26
Married to her boss, Glen Cruz, who was 13 years older, when she was an office worker.
She loves her husband, but is frustrated by the lack of sex. She is sexually inexperienced.
— Mr. and Mrs. Lee
Ryan Lee, 32
Apparel manager. He left his children at home to celebrate their anniversary,
coming to Yukiya for the first time in five years.
Ella Lee, 28
She has been married for 8 years and has a daughter about to enter elementary school.
She got married right after graduating from junior college and has never known anyone other than her husband.
— The onsen inn, Yukiya
Yuki, the proprietress.
A serious and friendly woman in her 40s who runs her late husband’s inn by herself.
Her eyesight is poor, and she is often unaware of others’ presence until they call out to her.
A god of fertility worshipped in the onsen.
The god has a long history and is widely reputed to have great spiritual powers.
Yukiya Onsen: The Waters of Fertility
PC, Mac, Linux
Game rating: 5 79

Welcome to the adult world of meetings with your secret wishes. Get this from MEGA or other file hostings, unpack, easy install and play this adult game.

Be a smart man and take what you want. And it will be not just simple robots, there will be a lot of interesting persons that you will met.​ Will you find love and happiness? Will you be a good hero? Will you abuse your power and authority? Start now!