Yandere Simulator is a stealth game about stalking a boy and secretly eliminating anyone who seems interested in him,
while maintaining the image of an innocent schoolgirl.
In the game, players control a Japanese highschool student named Ayano “Yan-Chan” Aishi, who must eliminate other students who compete for her love interest.​

Osana Release
Pretty much everything I wanted to say today is contained in that video, but there’s just one thing I’d like to elaborate on…bugs!
I spent the past 6 hours hunting for bugs in the build, and actually found a bunch of critical game-breaking glitches! Bugs that made the screen turn white and never return to normal, bugs that made multiple scripted events occur simultaneously, bugs that made Yandere-chan blink out of existence during cut-scenes…I managed to fix every issue that I encountered, but dang, I’m really glad that I decided to bug-hunt before releasing the demo!
Because I could easily find so many issues during a simple, cursory playthrough of the demo, I’m sure there are other issues that escaped my notice. This first release of the demo is doubtlessly going to be a bit rough around the edges. I’ll probably spend the rest of the day watching people stream the demo so that I can take note of bugs and quickly prepare a bug-fixing update to release within 24 hours. If you run into any issues, I apologize in advance!
There’s only one thing that I foresee being a problem. I usually test the game at a resolution of 1280×720. I recently learned that the depth-of-field effect looks different depending on the resolution that you’re playing the game at. So, if the game looks blurry for you, you might want to try switching to a resolution of 1280×720, until I can release an update that makes the depth-of-field effect appear consistent across all resolutions.
While implementing Osana, I made dozens of fixes / changes / additions / improvements to the game. Because I was making so many rapid changes to the game, I didn’t actually log most of the fixes/additions. I can show you a changelog, but it won’t actually be a full list of all the changes. Click “Continue Reading” if you’re interested in seeing it, anyway!
Fixed bug that would cause a student to attempt to attend a “meeting” while standing at their desk, if the player arranged a meeting with that student and then advanced time by attending class.Camera sensitivity when aiming Yandere-chan’s phone camera is now determined by the Camera Sensitivity option in the Settings menu.Removed exploit that allowed the player to kill without consequence if they were standing in the middle of the Occult clubroom.The button prompts that appear at town will now change depending on whether the player is using a keyboard or controller.It is no longer possible for characters to get trapped if the player blocks their path using a jug of bleach.Fixed bug that allowed the player to stop a student who had been “Sent Home” by aiming a camera at them.Fixed bug that allowed the player to use the “Send Home” feature on a student who didn’t have a phone.Fixed bug that make it impossible to pick up the cello case, even after joining the Light Music Club.It is no longer possible for characters to get stuck at the entrance to the gardening club.Fixed bug that made it impossible to pick up one of the tapes in the basement.The Hardware Store on the street now has a shopkeeper.Implemented Osana

What does “Yandere” mean?
A Yandere girl is a girl who loves a boy so much that she is willing to threaten, harm, or kill any other girl who seems interested in him.
What is the gameplay like?
The gameplay is similar to the Hitman series; you are put into a large environment filled with many NPCs, and you must track down a specific target and eliminate them. You can use stealth to kill your target without any witnesses, stage an accident that leaves no evidence, or just slaughter anyone who gets in your way. If you don’t dispose of corpses, clean up blood, and destroy evidence, then the police might be able to link you to a murder and arrest you.
If you don’t want to get any blood on your hands, you can use social sabotage to get rid of a girl; frame her for one of your crimes, get her expelled from school, or ruin her reputation. If you truly want her to suffer, you could convince every other girl in school to bully her until she commits suicide and saves you the trouble.
If the boy you love witnesses you committing murder, he could never love you, and the game would be over.
DOWNLOAD
Win: – – –
Extras:
​
Yandere Simulator
PC, Mac, Linux
Game rating: 5 4 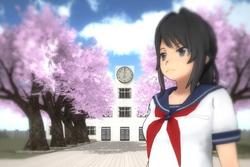 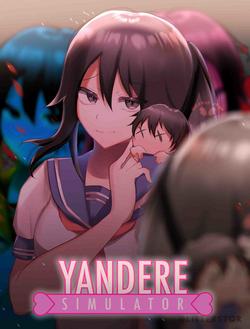 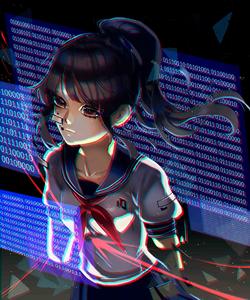 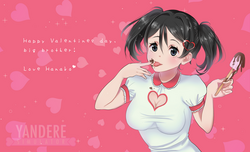 Enter an world of meetings with your secret wishes. Free download from MEGA or other file hostings right now, unzip, easy install in a couple of minutes and play this adult game.

Be a smart man and take what you want. And it will be you next second life, there will be a lot of interesting persons that you will met.​ Will you find love and happiness? Will you be a good hero? Will you user your power and authority? Try now!