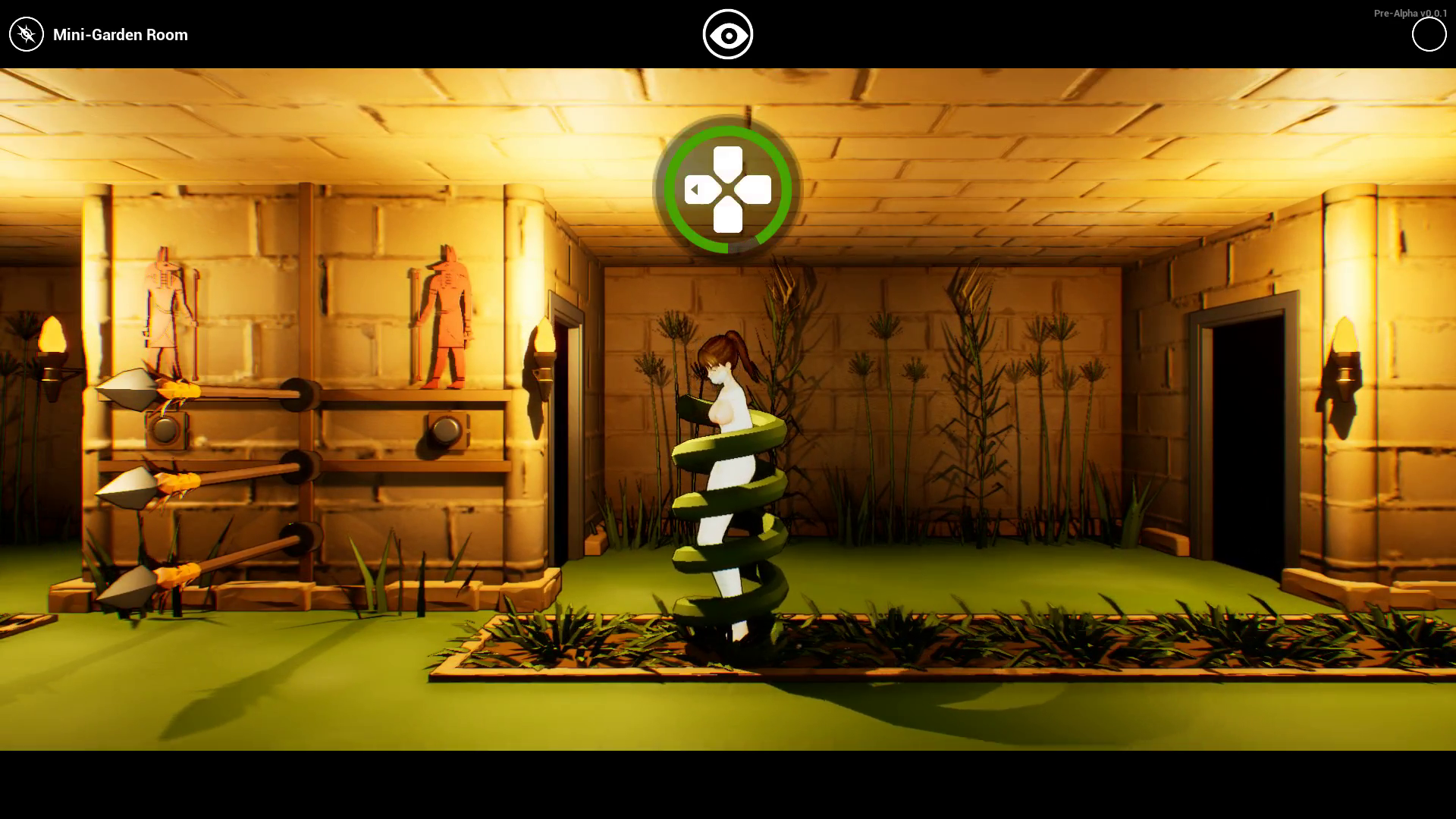 Treasure hunter Yui attempts to raid a buried pyramid only to be captured by its vengeful owner.
Stripped and almost fullly mummified,
she will have to navigate a vast tomb of devious puzzles and traps driven by the lewd minds of the pharaoh,
that is stuck in the tomb, her loyal lackeys, and her even more loyal playthings.
Play as either Yui or her Spirit guide in an attempt to escape the tomb –
Or just lead her directly into danger and enjoy watching the punishments play out.​

v0.0.3:
Version 0.0.3 is now out for anyone. The update to the Pre-Alpha Demo features…
A comic book-style opening cutscene at the start of the Showcase Level.New images in the Gallery.Some tweaks to the game’s code to hopefully improve the performance.Some fix some character interactions bugs.Have the QTE not be tied to the game’s framerate.

Wrapturous Adventure is a stealth, adventure, side-scrolling puzzle game, currently in its pre-alpha development stages. You play as Yui, a treasure hunter who attacks a buried pyramid, until she is captured by her owner, a voluptuous and perverted woman. After being mummified, Yui will have to escape the queen’s servitude while still wrapped in her bandages. It’s up to the player to leap stealthily as you hide from the queen and her slave girls, listening to their movements and paying attention to their patterns to get past them. Hide behind objects to avoid the sight of the queen. To avoid blind slave girls, you’ll need to get out of their way and hide in open sarcophagi. What slave girls lack in sight, they make up for in hearing; making noise will attract enemy attention, and some terrain may be louder than others, such as old bridges. Other obstacles that will get in your way include puzzles, which you will have to solve or find the answers in the game. You have three tries before completing a game and must start over from the beginning. When you get caught for the first and second time, your progress will not be reset, but you will be returned to the area you started the game from. If you get caught, you will be dealt with a capture CG and a punishment CG. Each capture and punishment CG will be different, with the third punishment CG always featuring Yui’s submission to the queen.