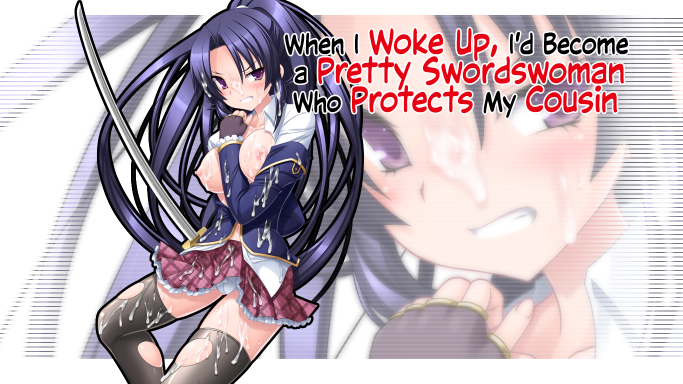 When I Woke Up, I’d Become a Pretty Swordswoman Who Protects My Cousin is published on xGames as a part of our best adult games list. Free access to this sex game is available with just a few clicks. New and only best games are delivered to you on daily basis by xGames.

Ryou Ichijou, who was born in a side-branch family of the Oni Masters, wakes up to find himself transformed into a woman!
Ryou discovers he was destined to become the Oni-Cutting Princess, and is bestowed a powerful sword and the abilities of a demon-slaying heroine.
At the same time, his cousin becomes targeted as a sacrifice to the demons as the Oni-Pleasing Princess.
Can he protect his cousin and friends from the hands of the demons?​

1. Extract and run.
2.Use japanese Locale while running the exe or simulator
When I Woke Up, I’d Become a Pretty Swordswoman Who Protects My Cousin
PC, Mac, Linux
Game rating: 5 67

When I Woke Up, I’d Become a Pretty Swordswoman Who Protects My Cousin: screenshots

Enter an virtual world of meetings with your secret wishes. Get this from MEGA or other file hostings, unpack, easy install and play this interactive game.

Be a smart player and take what you really want. And it will be not just simple robots, there will be a lot of familiar characters that you will met.​ What will you do? Will you be a good man? Will you user your power and authority? Start now!