Veronika-v0.9.1rc-Eng-16984.xgames.rag209 MBDownload from k2s.ccDownload from fboom.meDownload from Mega.nz
Leave small game review
and get paid in
₿
click here to learn more 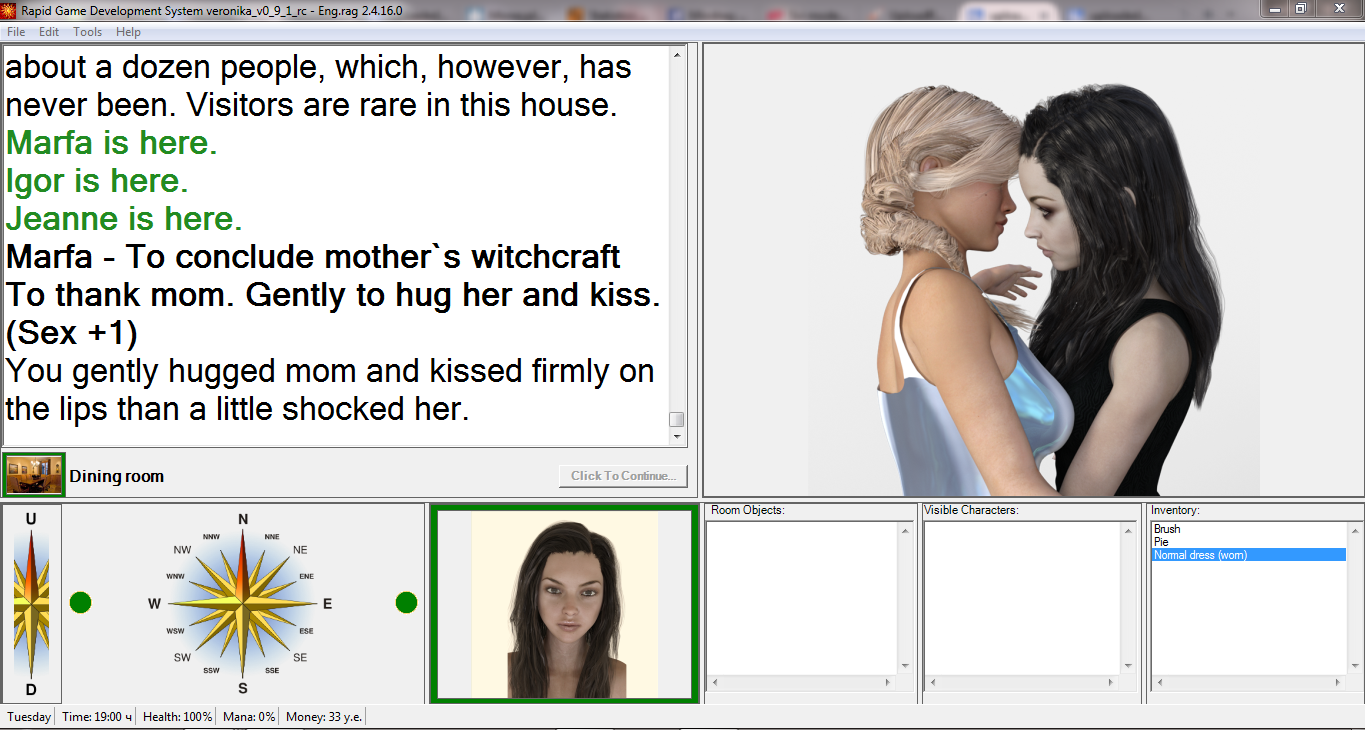 About this game: Passed 17 years after the events of the game “Kennel K-9” and the beginning of the demon invasion to Earth. What survivors called Armageddon, lasted about five years, mankind has destroyed about half. Almost all the cities turned into burning ruins.
From the full destruction of the people saved only by the fact that the invasion suddenly began suddenly and ended. The world as a result of it has changed beyond recognition. Although the scientific knowledge was not lost, the industry was almost fullly destroyed, which had to abandon most hi-tech things.
——————————–
You have to play for the witch`s daughter Marfusha and the succubus Jeanne.
You live together with her parents and brother in a mansion near the town, or rather from what happened to the city, as most of it is in ruins.
You visit a closed women`s gymnasium and, like most of your peers, try not to differ from others.
Instructions:
1- Extract to desired location.
2- Click on “Veronika_v0.9.1rc – Eng.rags” to start playing.
*REQUIRES RAGS PLAYER 2.4.16*​
Veronika
PC, Mac, Linux
Game rating: 5 8