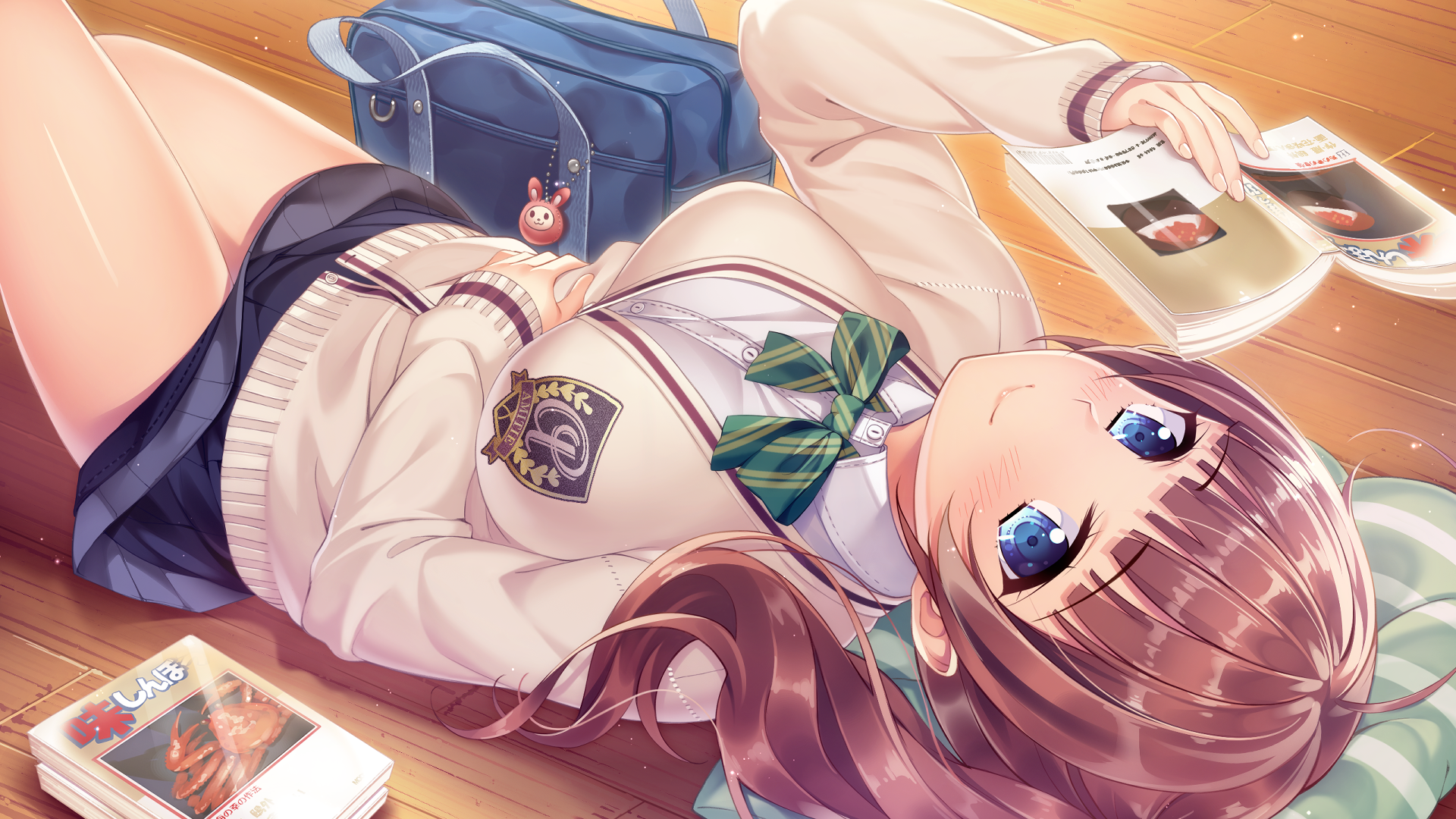 UchiKano: Living With My Sister is available here as a part of our large adult games collection. Free access to this adult game is served with just a few clicks. All new games and different updates are are always available for you on daily basis by xGames.

Tachibanaki Keisuke, a young man in his first year as a full-fledged member of society. While the company he works for is a small one, it’s the job he always wanted to do and his life is pretty satisfactory. But even though he’s both motivated and has much to aspire for, he’s now living alone for the first time in his life, and it’s becoming a bit exhausting. It’s then that a certain thought crosses his mind…
“If only I had a girlfriend…”
One day, his younger sister Riho arrives at his doorstep. Both of their parents are sick with the Norovirus. With Riho’s college exams coming up, her parents urge her to seek shelter at the protagonist’s house. Riho has been aware of her brother as a member of the opposite gender for a long while. And with the two of them living together, these emotions only grow more intense. And Keisuke himself begins finding himself attracted to Riho as a woman…
Their relationship blossoms to something BEYOND BROTHER AND SISTER…

: Characters
Protagonist – Tachibanaki Keisuke
Keisuke is a young man who has just entered the working world. Recently, he joined a company that sells liquors by mail order to foreign countries such as Canada, the United States and especially all of Latin America. To do this, he developed a certain fluency in English and Spanish. He is satisfied with his life as an office employee, even if he is sexually harassed by his voluptuous manager. He has not had much contact with people since he has lived alone in his own apartment (not having even seen his childhood friend Ayame for a long time), apart from his colleagues and the boss of the café he frequents regularly, only his younger sister Riho will visit him often to see if he is doing well.
Tachibanaki Riho
The protagonist’s little sister. Recently graduated. A bright girl who’s very attached to her older brother. She worries for him now that he’s moved out, and frequently comes to visit him. While her housekeeping skills aren’t as good as she might boast, she always thinks ’Onii-chan needs me by his side.’ She tends to be lazy at home but is very dependable in social situations, and is a serious student too.
’Just having me around powers you up, doesn’t it? That’s a little sister’s blessing!’

UchiKano: Living With My Sister: screenshots

Enter an world of meetings with your secret wishes. Get this from MEGA or other file hostings, unpack, easy install in a couple of minutes and play this interactive game.

Be a smart man and take what you really want. And it will be you next second life, there will be a lot of interesting persons that you will met.​ Will you find love and happiness? Will you be a good hero? Will you abuse your power and authority? Try now!