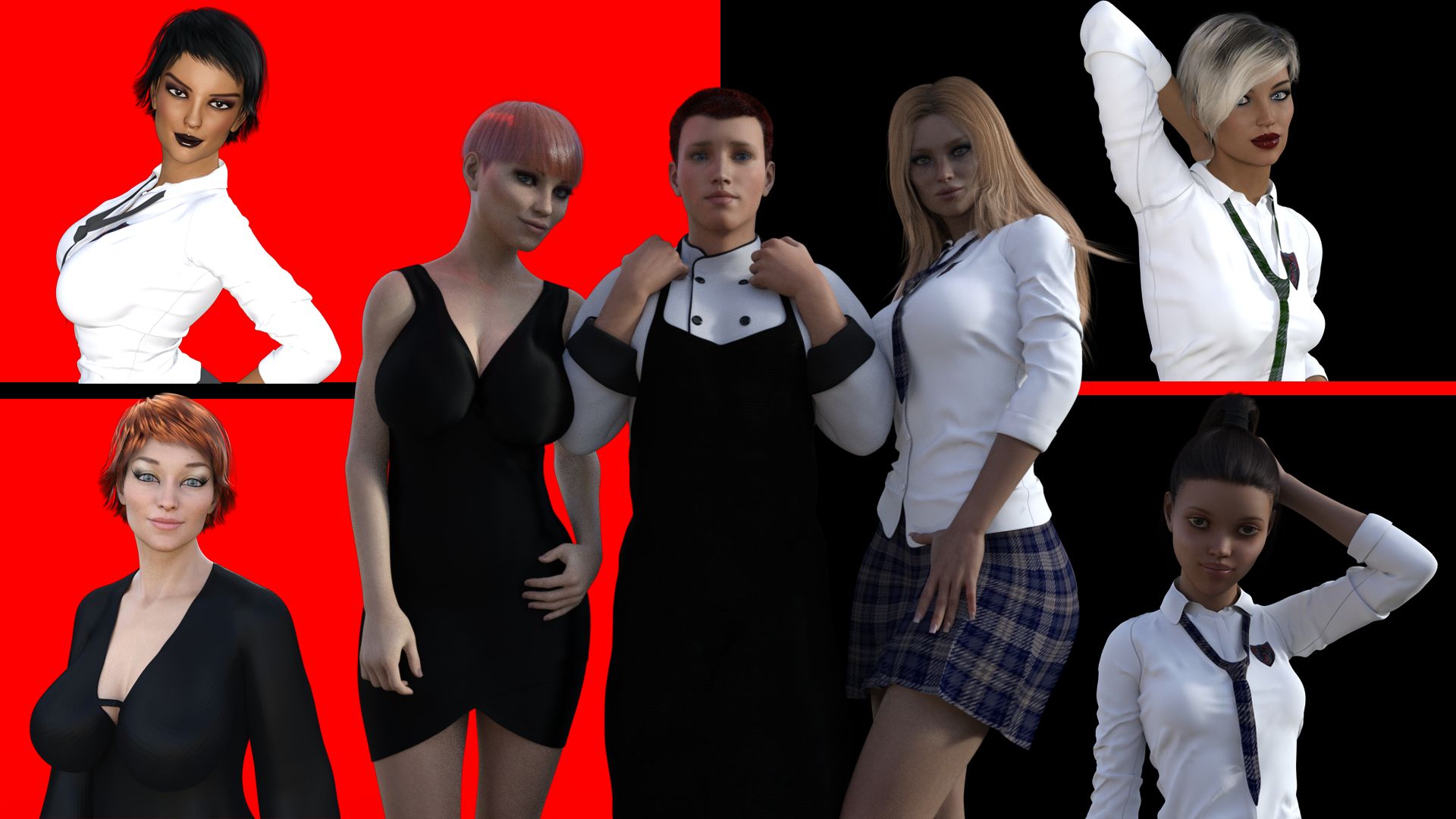 A young man hated by men all his life is struggling to find work. He gets a job at a restaurant that has an all female staff. While working he meets a strange woman that could give him some answers to why he is the way he is. Fun ensues.​

v0.1.4
Added 100+ Images
Storyline’s pretty much doubled.
New Character Cynthia (She was at the very end of the last update.)
New Character Mary
Most Content is Cynthia and Sammy, but you see a little bit of everyone, but Blanca.(She will be back)
v0.1.3
I didn’t count the images from 0.1 or 0.1.2 so I will keep track from now on.
Total Images: 162
New Character Introduced – Sally
New content for Sarah(Mom), Sammy, Blanca, and very little Megan content. Sorry Sagira.
v0.1.2
I have corrected multiple spelling errors.
Tried to fix Blanca’s plastic looking skin.
Reworked some of Sarah’s scenes.
Add color character names.
Added a few rendered images.
Basically just fixed some issues with the original demo.
v0.1 Demo
First Release

Many more tags coming in the future.

I’m torn, I don’t want to ruin future content, but I don’t want users get invested and not find content they are hoping for.
So my compromise is this, I will say tags that WILL NOT be in the game. No NTR as I understand the term, No Female Domination of MC(There will be F/F Domination. There MIGHT be Female Domination of Non MC Males, but few if any.), No urination… That all I can think of now. I haven’t decided or written any trans/futa content but I won’t rule it out yet. I will pole Patreon supporters on genres I’m on the fence about.
To Lie Upon
PC, Mac, Linux
Game rating: 5 10

To Lie Upon: screenshots

Try to be a good player and get what you want. And it will be you next second life, there will be a lot of familiar characters that you’re totally gonna like.​ What will you do? Will you be a good hero? Will you user your power and authority? Try now!