As a newly appointed royal minister, brought in after the previous minister was deposed, you take your position during a time of uncertainty. You’ve been loyal to the king ever since you two rose up the military ranks together. After the previous king died under mysterious circumstances, the current king took his position. You were sent to reinforce the eastern part of the kingdom, and your victories earned new territory and riches for your king, your soldiers, and yourself.
Three recent assassination attempts, mercifully failed ones, have left the entire kingdom on edge. Are you entering a greater position of power during a time where your role can be solidified? Or will you be swiftly removed as the kingdom continues to unravel? Throughout your time, you’ll learn more behind who really controls power in the kingdom, uncover plots against the kingdom, and have the possibility of romance (but you’ll have to tread carefully as each romance can put you at risk). Your choices will determine not only your future but that of the kingdom.

CHARACTERS
Princess Aelinia
The oldest daughter of King Aricellus, she is most known for her strong independent streak. Her lovely disposition, with a backbone of steel, have made her a darling to other women in the kingdom. She caused quite the problem for the kingdom when she was to be married to the king of a neighboring kingdom to secure peace, but refused to leave her father’s palace. Strong-willed and stubborn make her tough for anyone to control. She still remembers when her father was a minor officer, and she was a favorite among the soldiers who played games with her in the camp. Aelinia’s intelligence, having studied under several notable tutors, has only reinforced her resistance to the “typical role” of royal women in society.
Princess Cassia
The middle daughter of the king and queen, she loves the finer things. Dressing in her royal robes, attending fancy events, and riding in the royal procession give her such joy. Seemingly much more affable and controllable than her sister, Aelinia, Cassia loves the attention that her dresses and beauty bestow. Prominent merchants and garment designers throughout the realm often design custom dresses just for her. In her time off from royal duties, she enjoys gardening and playing with animals.
Princess Valentina

The youngest daughter, and youngest child, of the king & queen, Valentina has always been carefree, happy, and trusting. Because of her charming and outgoing personality, the royal family has used her on goodwill missions, allowing her to travel the empire. Treated as a child by her sisters, she is eager to prove that she is a woman worthy of respect. When not searching for her future prince, you’ll find Valentina practicing her singing.
Kaylan

As the only child of General Nicabar, Kaylan was raised in the mountains of the kingdom. Intelligent and patient, Kaylan is a weaver in the capital city. She was widowed when her husband was killed in battle fighting along the Aranka border. A shrewd woman who is looking to marry into a position of power, she is someone who could, for the right man, ensure that he avoids serious missteps. Her beauty is renowned, but she has found her suitors only interested in being the son-in-law of a famous general.

To Be A King: screenshots 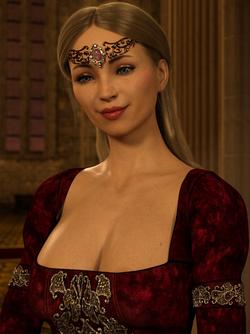 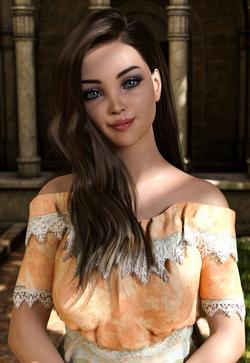 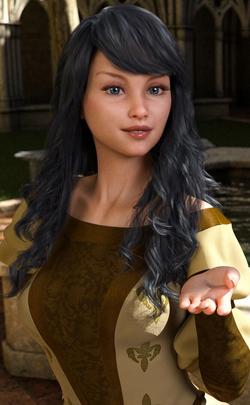 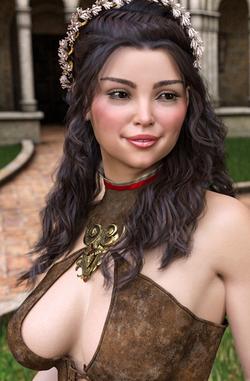 Enter an virtual world with your secret wishes. Free download from MEGA or other file hostings right now, unzip, easy install in a couple of minutes and play this adult game.

Try to be a smart player and get what you want. And it will be not just simple robots, there will be a lot of familiar characters that you will met.​ Will you find love and happiness? Will you be a good man? Will you abuse your power and authority? Try now!