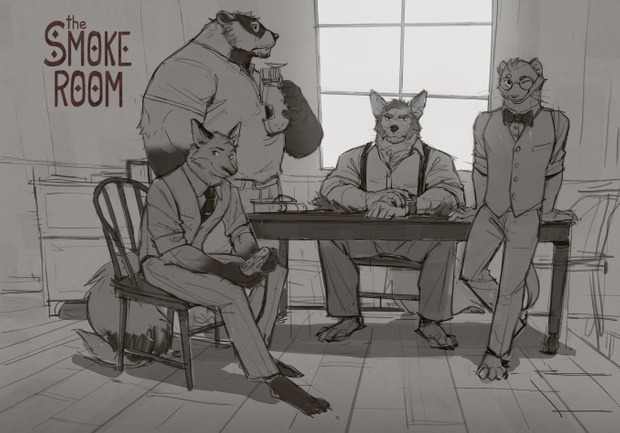 The Smoke Room is a horror/romance visual novel set in a small desert town in the year 1915. It is a standalone prequel to Echo.
Moving to the town of Echo was a bad idea. Trusting someone he barely knew was an even worse one. The Smoke Room tells the story of Samuel, a sex worker in the town’s most infamous brothel. After making the biggest mistake of his life, Sam will struggle to keep it a secret. He comes to realize however, that doing so might be impossible…Echo itself seems to know what he’s done, and it’s not keen on letting him forget.​

Build 1 – Fool’s Gold
Initial release
The game features fury and gay content. If you don’t like it, move on. Useless Patreons due to genre will result in moderator actions.

I recommend playing the series Echo first before proceed playing the game to gives you an idea of ​​the real game universe is. Though the game is a standalone prequel to Echo, it is still a whole different
but seemingly a same type of game with different stories. If you do like a furry with a base of story telling visual novel game, this one will be a perfect fit to play. The game is still in an early stage but the newest version is playable using your old save data.