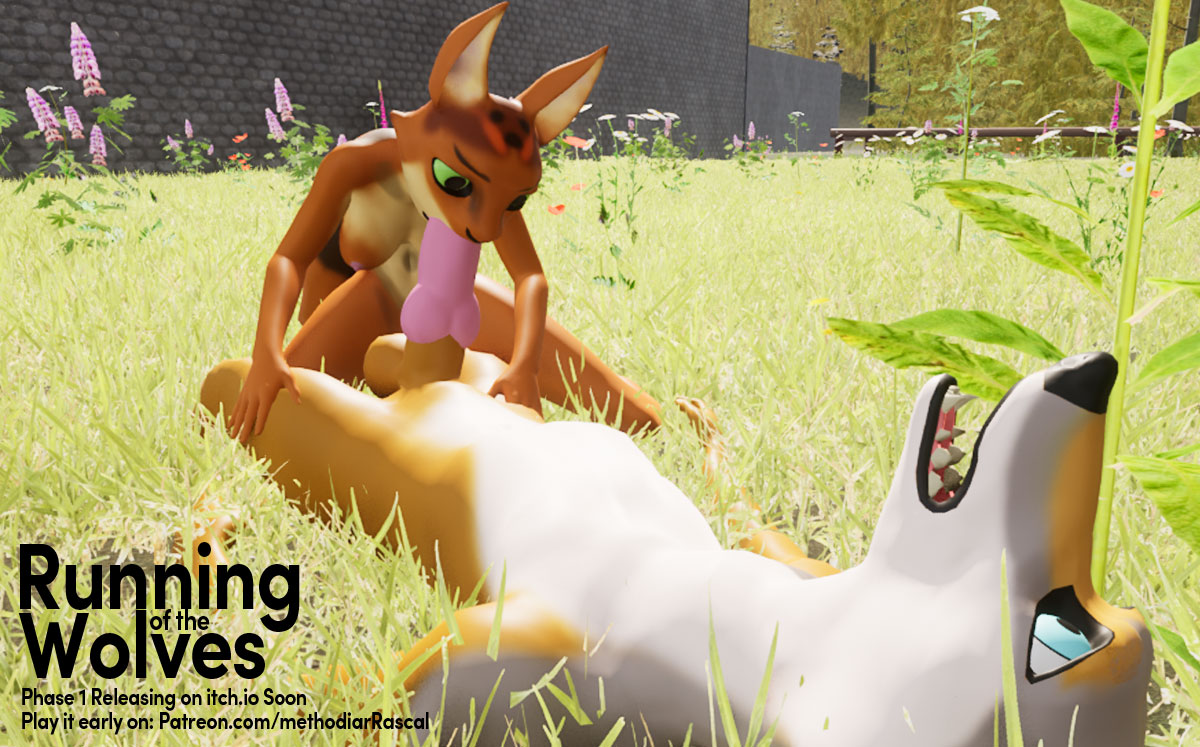 The Running of the Wolves is brought to you by xGames as a part of our best adult games list. Free access to this adult game is served via few clicks. All new games are delivered to you on daily basis by xGames.

Every year, Pineridge holds it’s annual Running of the Wolves Festival.
In some parts of the world, this kind of thing might be about running away from a stampede of Bulls or something.
Pineridge does it very differently.

The Running of the Wolves is a pre-game demo, so is liable to have bugs and issues still to be resolved. It has been tested, but there will be bugs that have yet to be found…
It is recommended that you use the Itch.io app to download this game, so it can update without the need for redownloading it each time.
So, now the disclaimer is out of the way…
The Running of the Wolves is planned to be a sort of singleplayer stealth/adventure hybrid with roguelike elements.
You will start from the town of Pineridge, and make your way through the surrounding countryside while battling the hunters and other competitors. It is planned to have a multi-choice map to move between procedural levels, choosing whether to take longer routes to avoid enemies or try to sneak past or strongarm your way through.
The game will feature procedurally generated persistent enemies and competitors, so the people you meet in Pineridge will be out in the fields against you until either they collapse or you do.
This game is absolutely 18+. Maybe this warning should have been before that banner, but it’s not like there’s an edit button or anything.
Currently, there are infinite levels in this game. What that actually means, is The Paddock, where you can test out the game mechanics, the plantlife and the Wolves, then there’s a demo procedural dungeon with almost infinite layouts. As development progresses, other types of levels will be added, as well as animations, characters, player characters and enemies. This whole game so far is glorified testing.
There is only one player character so far, and 2 enemy types. You’ll only find the wolves in the dungeons.
This game contains the following stuff:
Badly animated sexbetter animated sextentaclesmasturbationsexual takedownsweaponised facesittingbig rockshungry plantsTo be honest, most of the content is pretty tame. As development progresses, other interesting stuff will be added, as will content settings. The game is being built with this in mind.
The plan is to try to avoid the pitfalls of many other games and avoid the project continuing for years to come. The game contains a roadmap showing the 4 planned phases of the game. These aren’t 100% set though, and items in them can change around if required. For example, adding male Player Characters was a few phases on, but it’s a feature that’s been heavily requested, so it should be an earlier priority.
It’s anticipated that the content of each phase will be flexible.
The final big thing is costs of the game. Because it’s still a demo, I’m not charging for it. However, once the game is fulld, I do plan on selling it. The main reason for this is that the more projects i have to do to pay the bills, the slower development on this is. I’d like it to be the priority, but unfortunately work for rent and food comes first.
The best way to help support the game is to donate something towards it. Failing that, I’ve got a patreon up and running for all my projects at: Anything really does help.
If When you find a bug, there’s a bug reporter here: If you don’t find a bug, there’s also a bit on the form for suggestions. I’m open and willing to listen.
The Running of the Wolves will update on itch.io for any major bugfixes or at the end of each phase. Any major problems will get fixed and patched as soon as possible. Other than that, once the end of a phase is reached, the next full update will release.
If you’re a Patreon member, you’ll have access to intermediate game builds as well as progress updates. Plus if you go for a £15+ tier, you can have one of your characters added as a unique character in the game. Finally, once the game goes to a paid model, you’ll retain access to it.
The Running of the Wolves
PC, Mac, Linux
Game rating: 5 6

The Running of the Wolves: screenshots 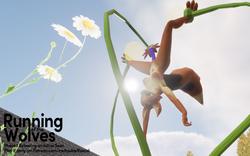 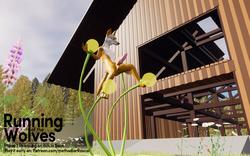 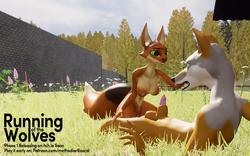 Be a good player and take what you want. It will be you next second life, there will be a lot of interesting persons that you’re totally gonna like.​ What will you do? Will you be a good hero? Will you abuse your power and authority? Start now!