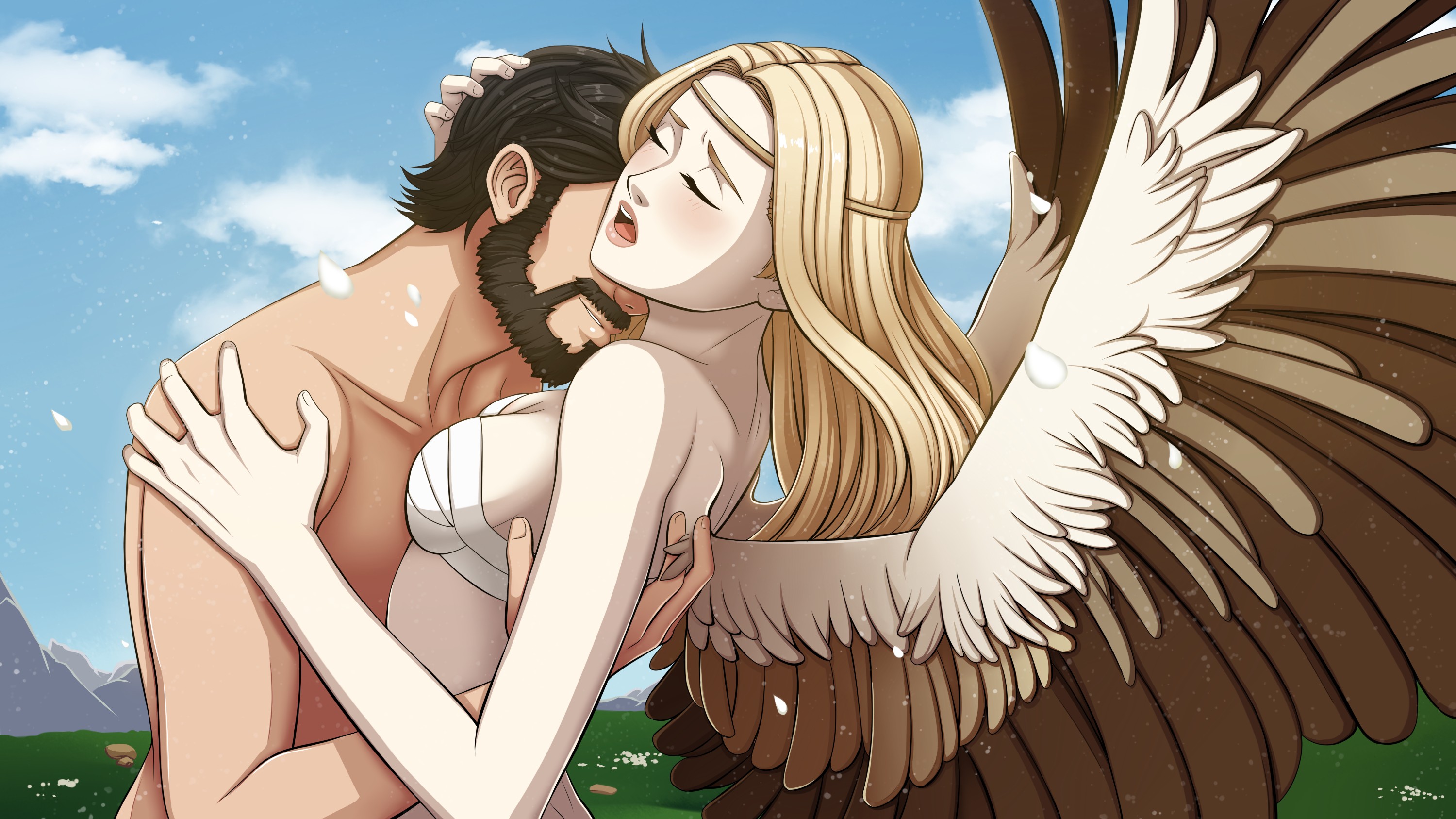 Overview:
The Curse Of Mantras is a dating sim with an optional card-battle gameplay.

You play as either Ace or Lilly, as you wake up in a strange, supernatural world known as the Afterlife.
A peculiar man, called Mantras, greets you and introduces you to the world’s rules, along with your companions, all of whom have died under unknown circumstances, just like you, and represent avatars of one of the four elements: Water, Fire, Air, Earth, as well as one of the two arcana: Life and Death.
Ace and Lily embody the avatar of death, the most powerful avatar, and the only one who holds the power to activate a strange music box-like device, that can make them remember their past lives and, most importantly, why and how they died…
Each companion has an alignment: Order or Chaos.
Lily or Ace (depending who you play as) will choose between one of the two alignments and form a team that will fight the opposite team until all the battles have been won and their memories restored…
: Trailer

The Curse of Matras: screenshots

Be a smart man and take what you really want. It will be not just simple robots, there will be a lot of familiar characters that you’re totally gonna like.​ Will you find love and happiness? Will you be a good hero? Will you abuse your power and authority? Start now!