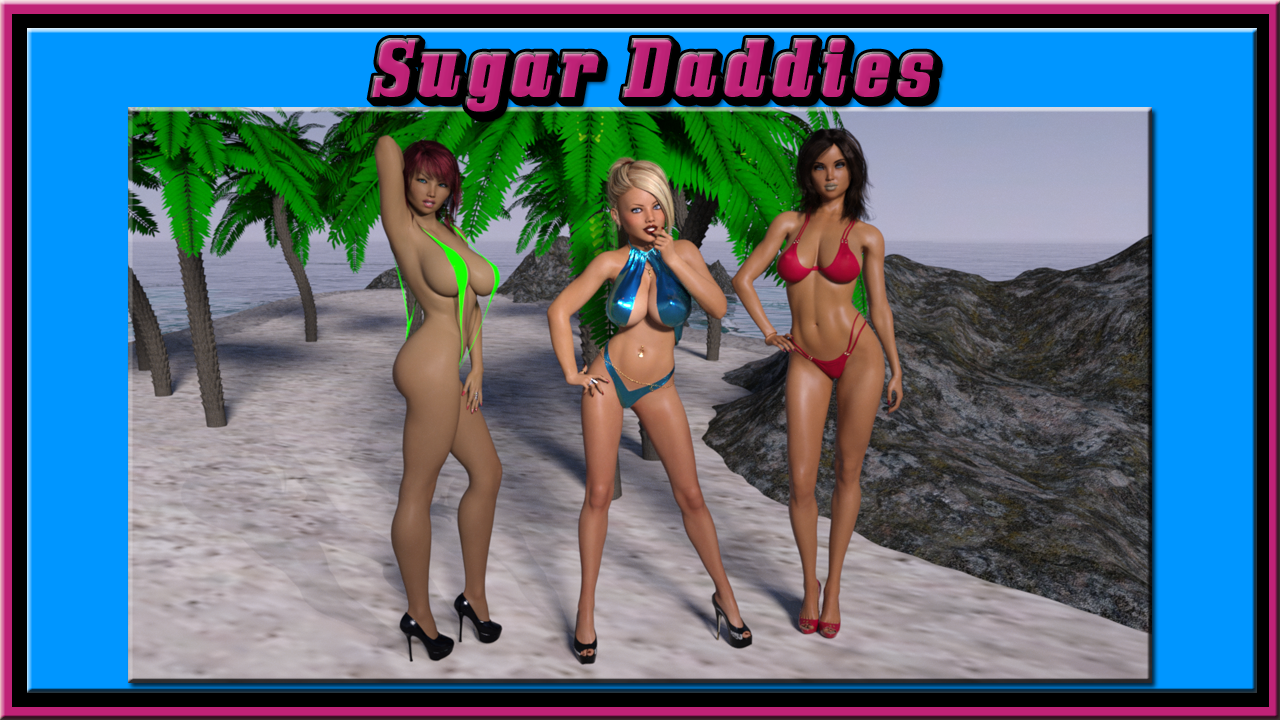 Sugar Daddies is published on xGames as a part of our best adult games list. Free download of this sex game is available via few clicks. All new games are delivered to you is always here.

The game start with the expression of “heavy details” I’m not sure what the developer thinks about that but ok every game have it own traits anyway. The game is a visual novel which your objective will be choosing the decision that will affect many characters in the game and yep same like almost visual novel game (with animations) it will determine the course that Dawn’s (it’s you) life takes. To be honest, it has a unique perspective point where there is like stats statistic that probably is going to affect the game later on. The route I think when the game is full released will be massive. Overall it was good a breeze of game.
About this game:
It is the story of a group of young girls who are supported by sugar daddies. The story takes place on “Auro Digger Island.” “Auro” is the Samoan word for gold. You will play as the third party Master of Ceremonies and make decisions for most of the characters in the game. Those decisions will directly impact the routes that the game follows. The central character is a girl named, “Dawn.” The player can edit this name to suit their own tastes. The player’s decisions will directly influence the actions of the various potential Sugar Daddies, and how “Dawn” evolves. It may very well also impact other Sugar Daddy relationships within the game.​