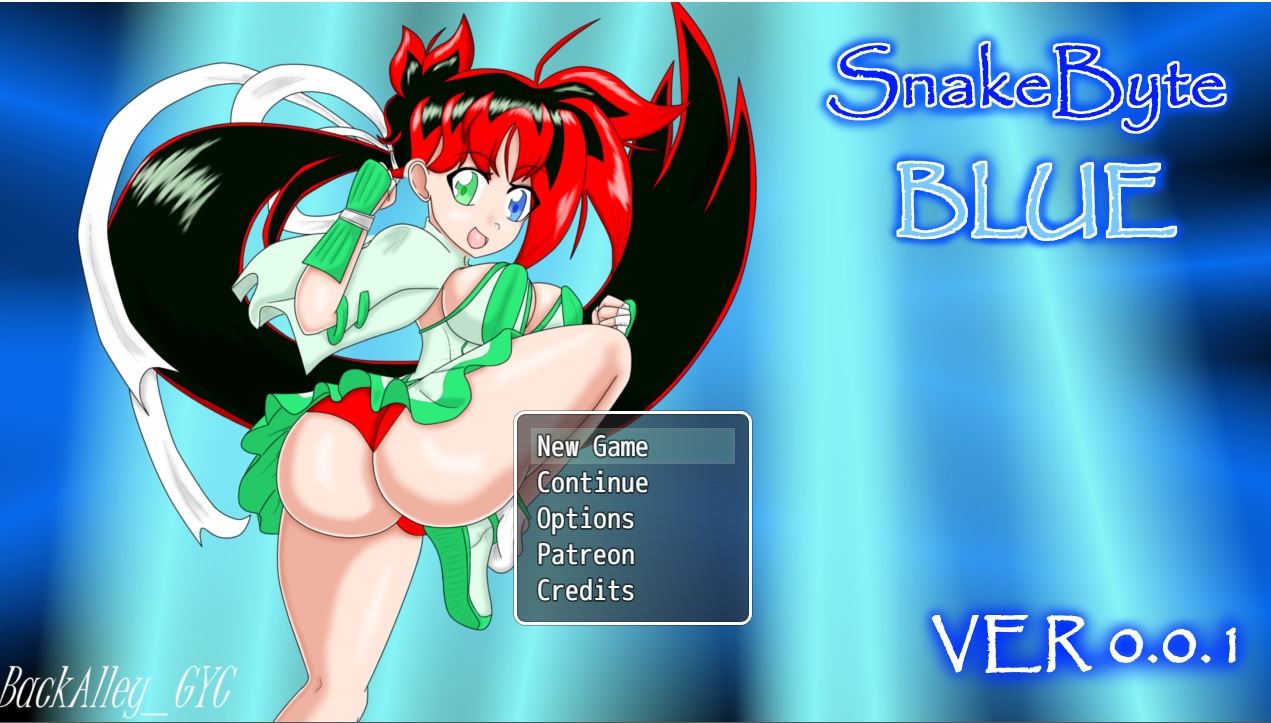 This is slow-burn, RPG MAKER title; featuring tactical turn-based grid combat with sex scenes in and out of combat,
Busty mums and Muscled dads, lesbian antics, all wrapped up in a humorous bow!
Warning, there is about 15 mins of prologue before you get to any sexy stuff,
but it’s worth playing to introduce you to all the elements going on… but you can always skip it.
Also, with this being a parody, tonally it’s going to be a rather pleasant ride.

v0.01b
Removed the “Runt” Scene from the starting area. It was just a comedic scene wherein Kyrsten lost her virginity all due to a misunderstanding with how healing works. Nice, but really I was playing other H Games and decided that implementing a Virginity system into the game would help replayability in the future. So, as of 0.0.1 (B), Kyrsten now starts off with the “Happily a Virgin” title, which gives a boost to Luck. When she has sex, she’ll lose it and it’ll be replaced with a title based on who popped her cherry. As the game goes, the rewards for “staying a virgin” longer and losing virginity to certain characters will be much better than to the first random guy she meets.Implemented the “Grope” System. In combat all enemy variants will try to grab Kyrsten, which will then roll against the Luck stat to see if she is affected. The higher her arousal when grabbed, the naughtier the scene will be.4 new Sex scenes added to the game based in Combat. This is the Handjob (Male Enemy), Cowgirl (Male Enemy), Face Sit (Female Enemy), and Scissor (Female Enemy) – all with variants!We also have base grabs (at low arousal) for both Male and Female Enemies.The first area is now fully populated, with 6 battle scenarios to fight against.Treasure has been added to the various areas outside of the Manor.The first “Puzzle” is added to the game, being the Rock Maze. It is super easy and has plenty of rewards, but the vertical puzzle made me happy to implement.Players can now view the exact rank of Relationship with important characters. This will be more important in future updates.Bathing system is added to the game. If the player finds a nice pool of water, they can take a dip to decrease arousal, resulting in a fun scene of nude Kyrsten. There’s also different scenarios for WHERE the player takes a bath; the default one at the Campsite, and a chance for Marcus OR Krischara at the Manor (with more to come!)For anyone coming from the Demo, I’d strongly recommend doing a new game (there’s an option to skip the prologue), as the Title System is not implemented in the Demo, and will crash your game.

0.0.1 (b) Not much to say, this is the first time posting!
Oh wait, I know. So, with each area of the game I create, I’m going to update the content within it based on letters. For example, 0.0.1 (A) – being laying the general groundwork, (B) – adding characters and some content, (C) will be adding more content beyond the existing , and on and on until the stage is full. I’m aiming for monthly updates btw.
Then we head onto 0.0.2 (a) – set the stage, (B) add content, (C) add more content and so on until the project gets to 0.1.0 – wherein this will be the stage where I add in the little animations, sound effects, and all that jazz.
SnakeByte Blue
PC, Mac, Linux
Game rating: 5 6

Welcome to the adult virtual world of meetings with your wishes. Get this from MEGA or other file hostings, unpack, easy install in a couple of minutes and play this interactive game.

Try to be a smart man and take what you really want. It will be you next second life, there will be a lot of interesting persons that you’re totally gonna like.​ Will you find love and happiness? Will you be a good man? Will you user your power and authority? Start now!