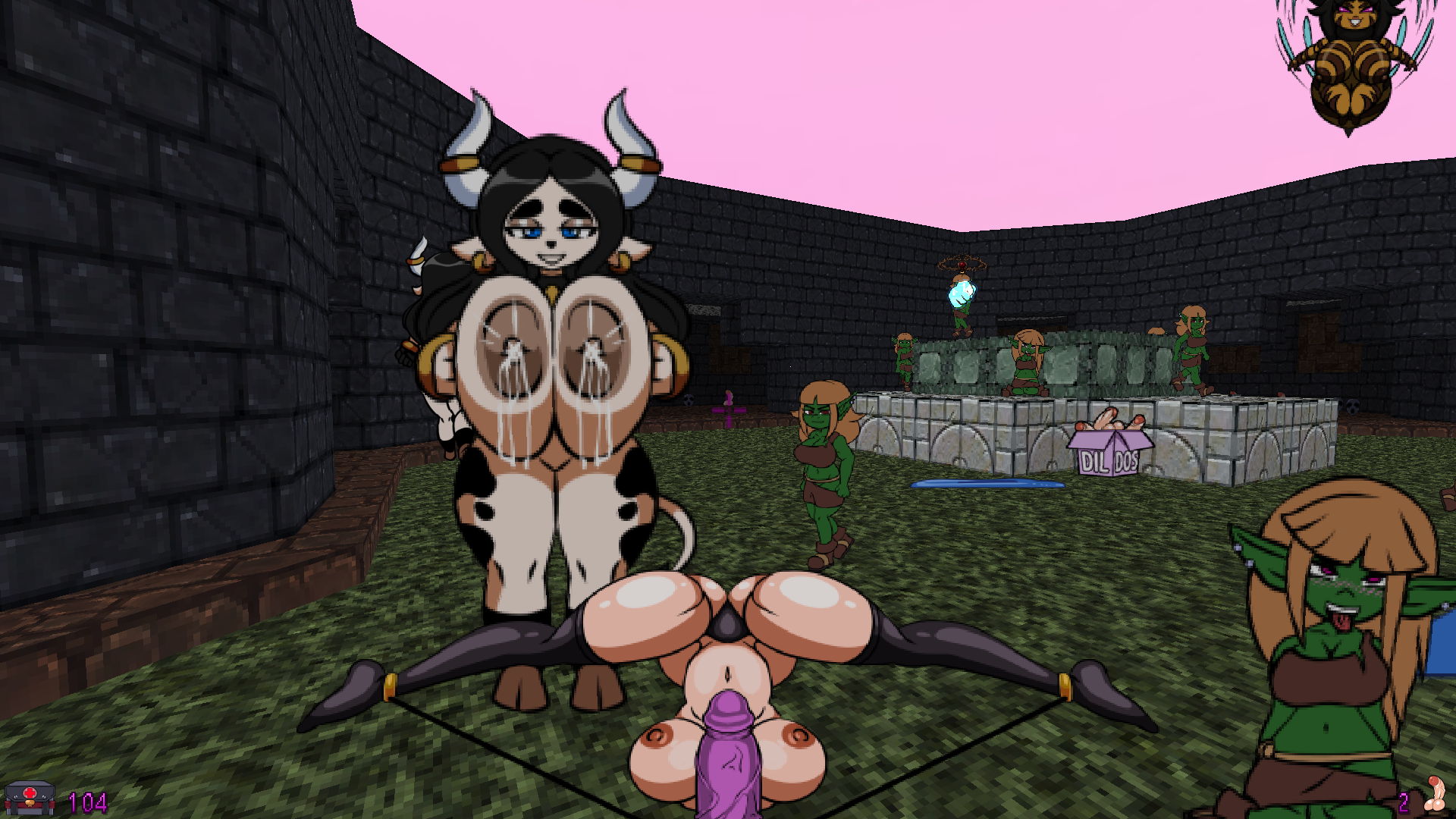 SLOOTER is published on xGames in a list of adult games download. Free access to this adult game is provided with just a few clicks. Games like SLOOTER are are always available for you is always here.

v0.14
Wasteful has been renamed The Aqueduct and had its visuals changed
In retrospect, this wasn’t in the best taste, waste does not and should not exist in the SLOOTER universe
The blunderbust has been nerfed
Went a bit too far in the opposite direction and made this thing a bit too strong
Hopefully this is the last time I’ll be messing around with this gun
v0.13
Wasteful has been updated for lower difficulties
Updated the water textures in Ruined Castle
Heifers now have less health, but move faster and shoot more often when enraged
We felt that the heifer was a bit too tanky and not particularly threatening when enraged, these changes should help fix that
v0.12
The Jotun now has voice acting! A big thanks to
More voicelines will be coming in the future
You can no longer cancel hentai scenes with the movement keys, you need to press the use key again
There was a bug with this where you could wander away from the h-scene as an invisible entity, so it will be disabled for now
The lava textures in Ruined Castle have been updated
Fixed a minor visual error in Ruined Castle’s intermission screen
Enemies on I Just Wanna Jerk Off and Half Chub are now weaker
I like hard Doom maps, but I know not everybody here has played Doom before, so I think making the enemies weaker on these difficulties will ease people into the Doomy Shooty experience better
Enemies on lower difficulties also have a higher chance of becoming fuckable
Since there are less enemies present in these difficulties, the probability of finding a fuckable one is much lower, so this should balance things out
Rock Solid and Rigor Mortis remain unchanged, for those of you who want a hard cock slapping
v0.01
Added paintings which can be viewed in levels (Thanks to KiwiBoxers for her amazing drawings)
New intermission images, thanks to Siluman Soft!
Ruined Castle now has a slightly brighter interior (plus a painting at the end of the level)
Slime girls now have an animated H-Scene! (they have a chance to become fuckable on defeat, there will be a special visual indicator)
A brand new map! Wasteful, by A2Rob
New enemy! Beware the Heifer and her deadly milk jugs! Thanks to MissMoonified for the voice acting
Blunderbust has been buffed with increased damage+more pellets
We felt that the crossbow outshone this weapon in pretty much every situation, since the blunderbust required better aim, had less effective range and did less damage than the crossbow
These changes should make it better to use, especially against smaller targets and groups of enemies
I’d also like to thank Aaimz Tako for her voice acting work for the Slime, Bumblebee and Goblin, as well as Skullzlatte for his hard work on the sprites. It’s long overdue.

SLOOTER is a lewd FPS built with GZDoom.
Play as The Jotun and face off against a variety of vixens, bimbos and shortstacks with an arsenal of unconventional weapons.
Find the source of this madness and put an end to it.
Future plans
Episode 1 – Waking of The Jotun
Early access
8 maps total (including a secret map)
Give each enemy in Episode 1 a unique h-scene (So it will be 7 total)
Give the Oviblaster its altfire (it will fire an egg that hatches into a tentacle turret)
Add a gallery map for h-scenes (after all, sometimes you just wanna jerk off)
Voice acting for The Jotun
Full HUD
Episode 2 – The New World
8 maps total (including a secret map)
More enemies (each with a unique h scene)
New weapons
Potentially new powerups
Episode 3 – They came from beyond
8 maps total (including a secret map)
Finalizing the enemy roster (of course, each with hscenes)
Early access will end
Episode 4 – Ballbuster
Noncanon episode
8 maps total
Extra hard maps, for those of you who crave a challenge
More h content for enemies
Feel free to ask any questions. Happy slooting!
SLOOTER
PC, Mac, Linux
Game rating: 5 71

Enter an world of meetings with your wishes. Get this from MEGA or other file hostings right now, unzip, easy install in a couple of minutes and play this interactive game.

Be a good man and take what you really want. It will be you next second life, there will be a lot of familiar characters that you’re totally gonna like.​ Will you find love and happiness? Will you be a good man? Will you user your power and authority? Start now!