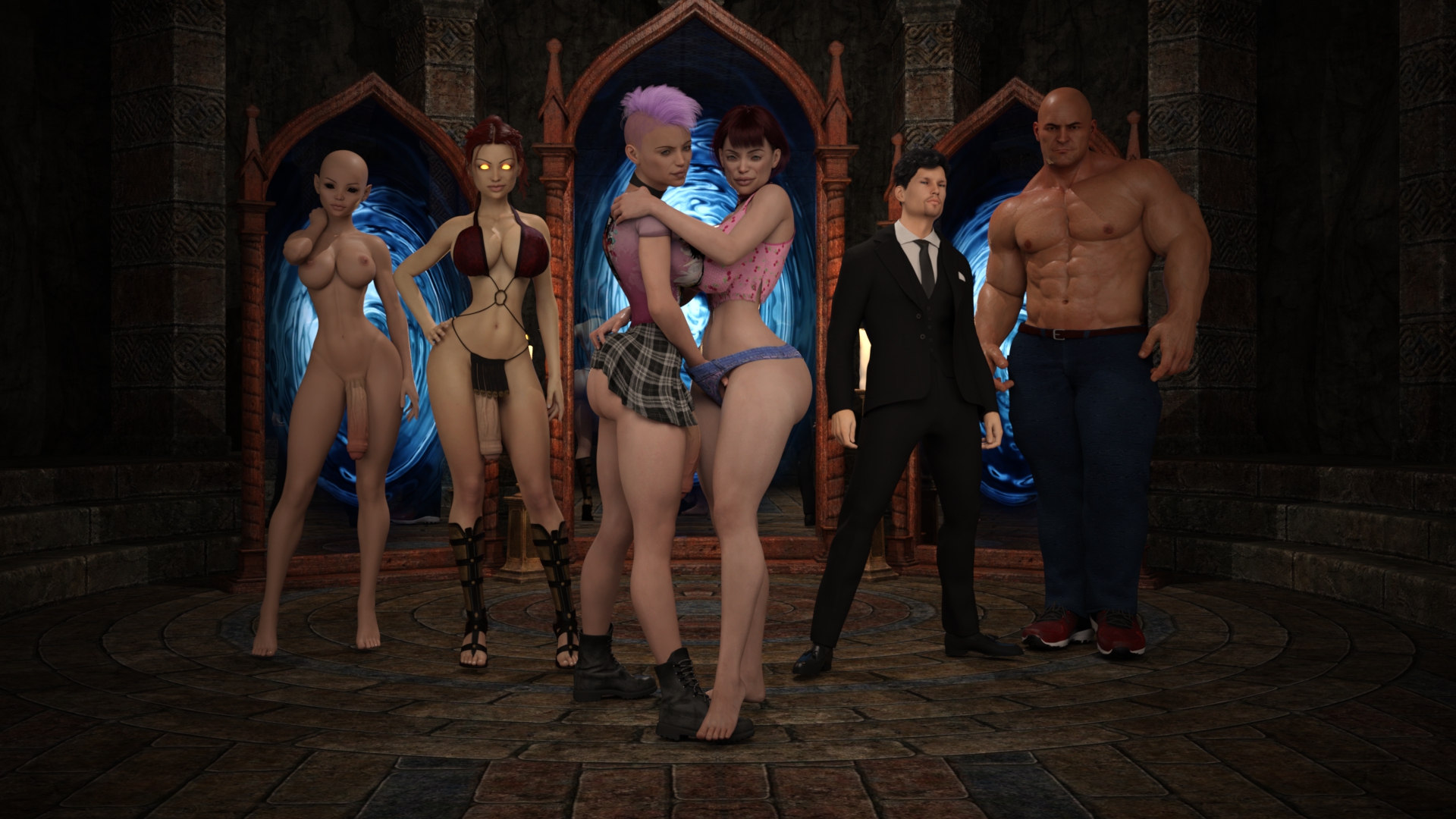 Every one is different and special and the traits that make them different and special should be celebrated, at least that’s what they say as long as you not too different or are the right kind of special. The protagonist of this game is the daughter of a wicked and deviant man named Aleister Crowley. Ever since she was born her father looked at her as though she were a freak and made sure that she felt every bit of his disdain, because the protagonist of this game is a futanari. Her father was both physically and verbally abusive to her as long as she could remember, however when she began to develop is when her father noticed that there were “redeeming” qualities to her and this is when the “other” type of abuse began. When she was sixteen years old however she ran away from home and left him and her mother behind. She didn’t make the best choices in life and it may sound cliche but she eventually found her way into stripping and doing adult films, however she has has some success and was able to make a life for herself in the city. Then came the knock at her door one night after she had just gotten to sleep after a long day of work, she went to her door only to find that it was her mother standing there alone and in search of a place to stay. You see, her father had finally gotten what he deserved and was set to go to prison for crimes that were too numerous to list on this page. Her mother however was turned out into the street and was now forced to find her own way. Now it’s up to the player to decide if she is going to forgive her mother for not protecting her and sheltering her from her fathers abuse, or she can use this opportunity to get a little bit of revenge.​

Welcome to the adult virtual world of meetings with your secret wishes. Get this from MEGA or other file hostings, unzip, easy install and play this adult game.

Be a good player and get what you really want. And it will be not just simple robots, there will be a lot of interesting persons that you will met.​ Will you find love and happiness? Will you be a good man? Will you user your power and authority? Try now!