Sex Strike is available here as a part of our large adult games collection. Free download of this sex game is served with just a few clicks. New and only best games are are always available for you on xGames.

There’s a succubus down deep in the dungeon, causing problems for everyone across the land! Only you, the almighty SEX KNIGHT can defeat her, and save the world. Press the attack button when the arrow is in the center of the sweet spot to do maximum damage. Upgrade your Attack and Health to press deeper into the dungeon with each attempt. Defeat fearsome and sexy bosses, fuck them into submission, and emerge victorious.​

On the Upgrades Screen:
Click the colored button to change skin color. Click the button with the gender symbol to change between male and futa. Click the Save icon to save your game. Click the up and down arrows to change what stage you want to start the game on. Click the reset button to clean your save file, and then close the game and reopen it to start the game over entirely. Click the Attack up and Health up buttons to upgrade your attack and health respectively, if you have enough EXP. Click the sword button in the top right to move on to combat.
On the Combat Screen:
Click the ATTACK button when the pointer is frozen to make it start moving. When the pointer is over the sweet spot, click the ATTACK button to attack. When the pointer is on the green section, you will heal yourself, while doing the most damage. When the pointer hits the edges of the bar, or you attack while the pointer is on black, the enemy will hit you. If you are defeated or defeat a boss, you will move to the sex screen.
On the Sex Screen:
Click the up arrow and the down arrow to increase or decrease your speed. At the lowest speed, you rest, and your orgasm meter decreases at a rate based on the Max HP of yourself and your enemy respectively. When actually moving, the orgasm meter increases based on the enemy’s attack and increases faster the faster you go. The pleasure meter, conversely, is based on your attack and closeness to orgasm, and increases slower the faster you go. You gain more EXP the more the pleasure meter is filled when your orgasm meter fills up, and if you are having sex with a defeated boss, you will impregnate them up to three times, increasing your EXP yield up to 4x what you would get in a lose scenario. After orgasm, you proceed to the next stage if you had defeated a boss, and are sent back to the Upgrade screen if you were defeated. This System is, unlike combat, HIGHLY unfinished and will be prone to rebalancing like eighty times. Right now it’s kinda broken.
Sex Strike
PC, Mac, Linux
Game rating: 5 55 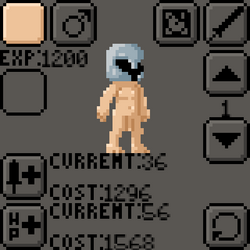 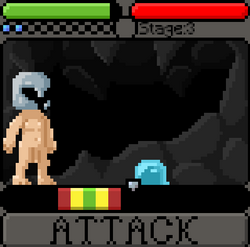 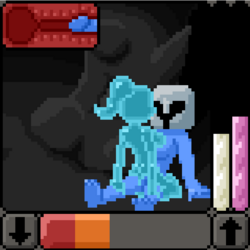 Sex Strike is a unique pocket pixelated RPG game. The way to play is unique compared to some RPG games out there. There are elements of RPG but unlike turn-based RPG games that rely on game modes, as usual, this game requires dexterity and the ability of the players go through game modes. This game has pixel graphics and a fairly small resolution but no need to worry about this game can be enlarged or reduced. Unfortunately, this game is still in development so there are not many things and rounds to play, some scenes may not be available because they are still in the making. This game has animations on each boss that has been defeated and a lot of modes and rounds if the game is fully released. If you are the type of person who is lazy and having difficulty making progress on this game. You can use the cheat engine as an alternative to making it easier to play this game.