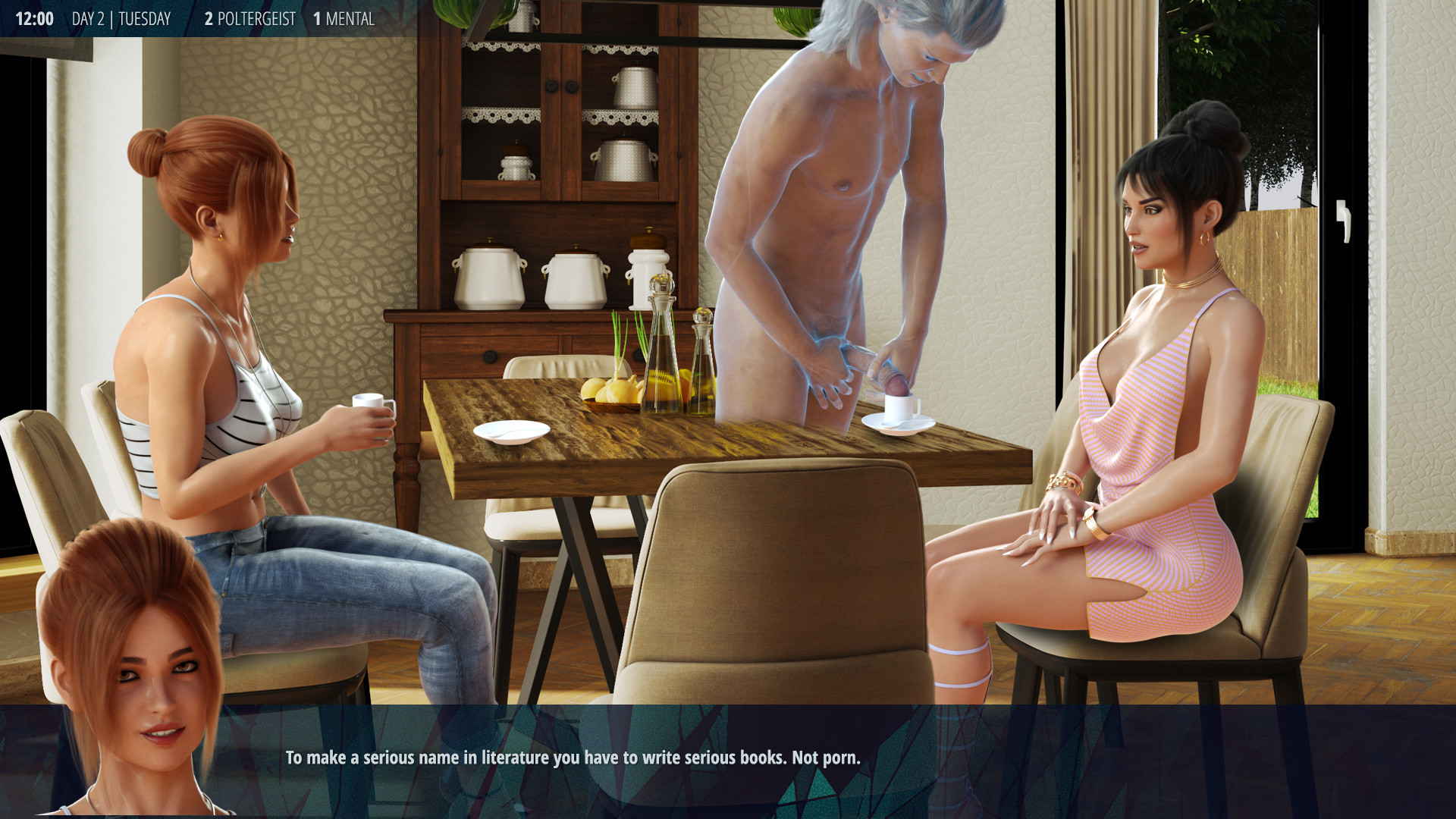 You are the ghost of Sammy Grainsville who died at the hands of mysterious circumstances twenty years ago and haunted the home since then, until Natasha tried to banish you ten years ago and stripped away most of your power to leave you dormant. No one else bought it during that time and you remained powerless until a new family has moved in, consisting of Hans the Husband, Marin the Wife and Elizabeth the Daughter.

That night, after moving everything in, Elizabeth decides to play with herself and her lust called to you along with the sexual frustration of Marin, awakening your from your dormant slumber. Now you need to regain your power to interact with the living world and sate the lust that haunts you even now.
The protagonist, a poltergeist named Sammy Grainsville, wants to influence women living in the house in order to gather sexual energy from them (and pleasure of course). He has several days to use his powers to manipulate, harass or support them in need, depending on his approach.
How Sammy interacts with the family affects a relationship value that determines whether they are fond, tolerant or angered by his presence. The higher the value, the more they accept and like Sammy on a subconscious level, which will make it easier to interact with them without raising suspicion.
The game has various rooms for Sammy to visit and interact with over the course of the day depending on his attributes. Within each room you will find objects
he can interact with using his abilities. The more he interacts with the world, the sooner it triggers different events. These events will lead to situations that can raise or lower his abilities and affect Sammy’s relationships.

Enter an virtual world of meetings with your secret wishes. Get this from MEGA or other file hostings right now, unzip, easy install and play this adult game.

Try to be a smart player and get what you really want. It will be you next second life, there will be a lot of interesting persons that you’re totally gonna like.​ What will you do? Will you be a good hero? Will you abuse your power and authority? Try now!