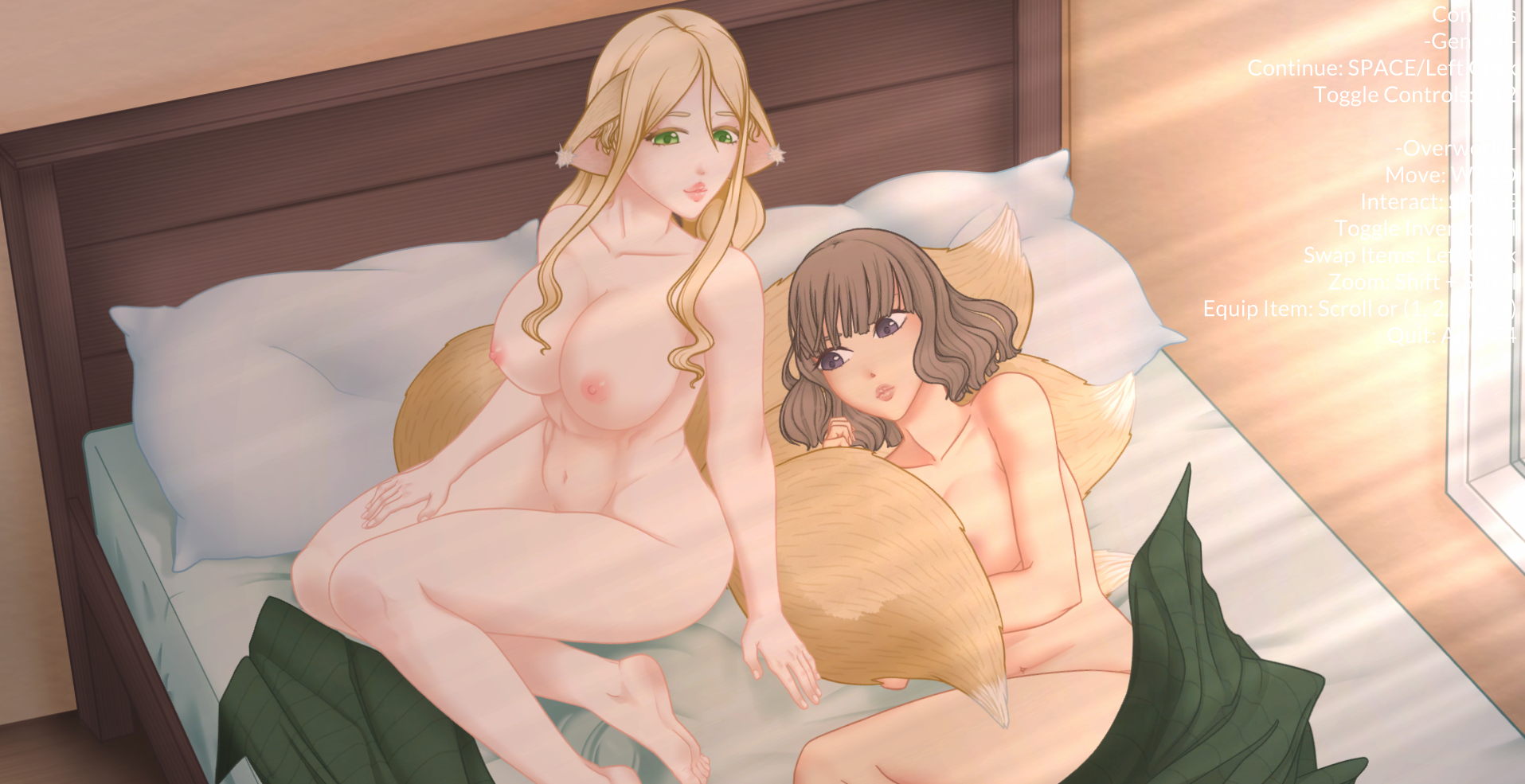 Player has always had strange visions of her future, which to date, have never failed to come true. At times, the visions are simple enough. It’s going to rain two weeks from now. There’s going to be a cat crossing the road near the market…
But one day, there’s something abnormal. Something unsettling. There’s a girl with hollow eyes asking for help. Her silhouette obscured by what appears to be a forest with thick mist.
“Help us… Erase-… Come to our world and give us your aid… Guide the lost ones.”

There’s never been a vision that speaks, what could this one mean? For some reason, player sees herself in an unfamiliar town.
After many restless nights spent dreaming about the mysterious girl shrouded by mist, Player decides to investigate the location where the voice seems to be calling from.
As she walks towards the voice, her senses begin to go numb. All she can focus on is the words echoing in her head.
“The vale. Help restore-…
The cryptic message makes no sense to her. Yet it inspires intense emotions. She must start a new life. Find answers about the mysterious girl and the town plaguing her mind.
That’s part of the lore we’re setting up for this new in-game world. There will be a large overarching theme regarding memories, but we’ll have info on that when we’re a bit more certain.

v0.2
New Content
REPLACED ENTIRE DIALOGUE SYSTEM: We ran into an issue where dialogue lines were being corrupted when their flowcharts were converted into prefab objects. This prompted us to remove the Fungus dialogue system from the project and implement a new one. We managed to get it looking almost the same as it was before but working much better on the back end. The only major difference is that this one does not beep when talking, but we might end up implementing that ourselves as development continues.
Partially Implemented Save/Load System: The game autosaves when changing scenes or during key story events. The saving indicator will popup on screen when a save is occurring.
Supports a single save file but may be expanded later on for multiple files depending on if the game needs it or not.
This also allows scene states to be remembered, so your crops will remain when going between scenes, and items that don’t respawn will be gone forever.
NOTE: Does not save volume settings at the moment since there is hardly any music or effects in-game yet.
NOTE: This system is the most prone to being buggy so we kindly request some patience as we continue to work it out.
Implemented Quest System: This system had been in the works back in Oni but it’s been migrated over and is now working in Project Dream Farm. A small widget appears on the right side of the screen to display active quest progress.
Items can now respawn after being picked up: Certain items like mushrooms will now grow back when enough time has passed. The exact amount of time it takes will vary by item and will be adjusted as development continues.
New Animations Added to Kaneko’s Dialogue Sprite: The following animations will display throughout conversations with her.
Happy
Sad
Angry
Added Music/SFX to Main Menu: A small snippet of a new song plays in the main menu along with some forest ambience. This song will be expanded as development continues to tie in with the theme of memories that the game has.
Added Options Menu to Main Menu: Features the ability to control sound settings, toggle the clock format and delete all data. Please be aware that the delete all data does not have an ARE YOU SURE confirmation yet.
New Scene Added, Kaneko Cuddle: This scene starts up immediately after the vine grapple scene and has replaced the part where Kaneko would talk on the black background.
It’s also worth noting that we’re using a new cutscene system here that lets us pan the camera around the scene.
We’re also using post-processing effects and 2D lighting to give it an ultra cozy feel!
Added Over 18 Warning Splash Screen
Added Clock to Overworld: Now you can tell what time it is. The clock does have the option to switch between 12 and 24 hour in the main menu settings. It’s flying by pretty fast during the early stages for debugging purposes.
Added Audio Fade System: Background music fades out when changing scenes to avoid abrupt music changes as we’ve had in the past.
Polish:
Adjusted Dialogue Portrait Fade Speed: Portraits were fading too slow and causing the sprite seams to become visible during the fade. (This may need additional adjustment or tweaking of how the sprite parts fade.)
Adjusted Zoom: Now starts at the midpoint of the Min/Max zoom level when in the overworld scenes.
Player Sprite Improvements:
All walk directions have been polished and the dress now moves a little more with the steps.
Synchronized footstep sound to match the animations.
Bug Fixes:
Fix Player Running Bug: Talking to an NPC while moving would keep the running animation playing and making footstep sounds.
Fixed Dialogue Portrait Zoom Scaling: Zooming out and then initiating dialogue was causing portraits to shrink. Now scaling appropriately regardless of zoom.
Watering a Crop now extends the soil’s wet time: Plants were previously drying out even if you watered them seconds before the soil would dry out.
Fixed Crop Planting Bug when Soil Watered: Player was unable to plant seeds if the soil was watered before planting.
Crop Icon Notification now Displaying When Harvesting: Crops were not appearing properly in the notifications when harvesting them. Now show up as if you were picking up an item in the overworld.
Fixed Held Item Bug: Switching scenes such as entering the house was causing the game to forget what item the player was holding. This was preventing the use of the held item until it was reselected in the item bar.
Fixed Backend Clock Bug: Minute timer was not capping at 60 seconds per hour. This was going to affect the day-night system in the long run.
Fixed Player Direction Bug: Player now faces the appropriate direction when changing between maps.
Known Issues:
Player’s Skirt sometimes rotates around a pivot point: For some reason, the player’s skirt spins around randomly when walking down and to the right. This MAY have been fixed but it’s one of those things where I don’t know why it’s happening and I don’t know how I fixed it.
Player Walking Directions not working well with Controller Joystick: Walking left and right doesn’t play nice for some reason but it works on the D-Pad. This is a low priority issue at the moment but it’s on the radar.
Items Sometimes Don’t Respawn When Loading into a File: This happens due to a clock/respawn time issue which will be handled soon. In some cases, the items end up respawning if the player waits a long time.
Items Inside the Inn Respawn Indefinitely: This is currently left this way while testing saving and loading, just in case the tool items go missing from the player’s inventory. Didn’t want them to disappear forever.
Clock Widget Doesn’t Show up if Loading into the Inn: This is a strange bug that I’m going to try to tackle by refactoring. Not sure why it’s happening.
v0.1
???

In terms of technical details, Project Dream Farm will be a slower-paced, slice of life, yuri dating sim. You’ll create a small farm and settlement that can be expanded to entice more characters to live there. Once you persuade a new character to join your settlement, you can spend more time with them, get to know them and, ahem.. “get to know them” by doing their special story quests. New characters that join the settlement will bring their own benefits, such as new shops or game mechanics that the player can take advantage of.
When you’re not romancing and befriending the girls, Project Dream Farm will also be a farming simulator and a resource management game. That means that aside from spending time with characters you can expect to farm, fish, mine, and forage, among other things to help expand your settlement.
DOWNLOAD
Win: – – – –
Mac: – – – –
​
Project Dream Farm
PC, Mac, Linux
Game rating: 5 3 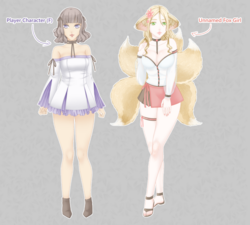 Try to be a good player and get what you really want. It will be you next second life, there will be a lot of familiar characters that you’re totally gonna like.​ Will you find love and happiness? Will you be a good man? Will you abuse your power and authority? Start now! 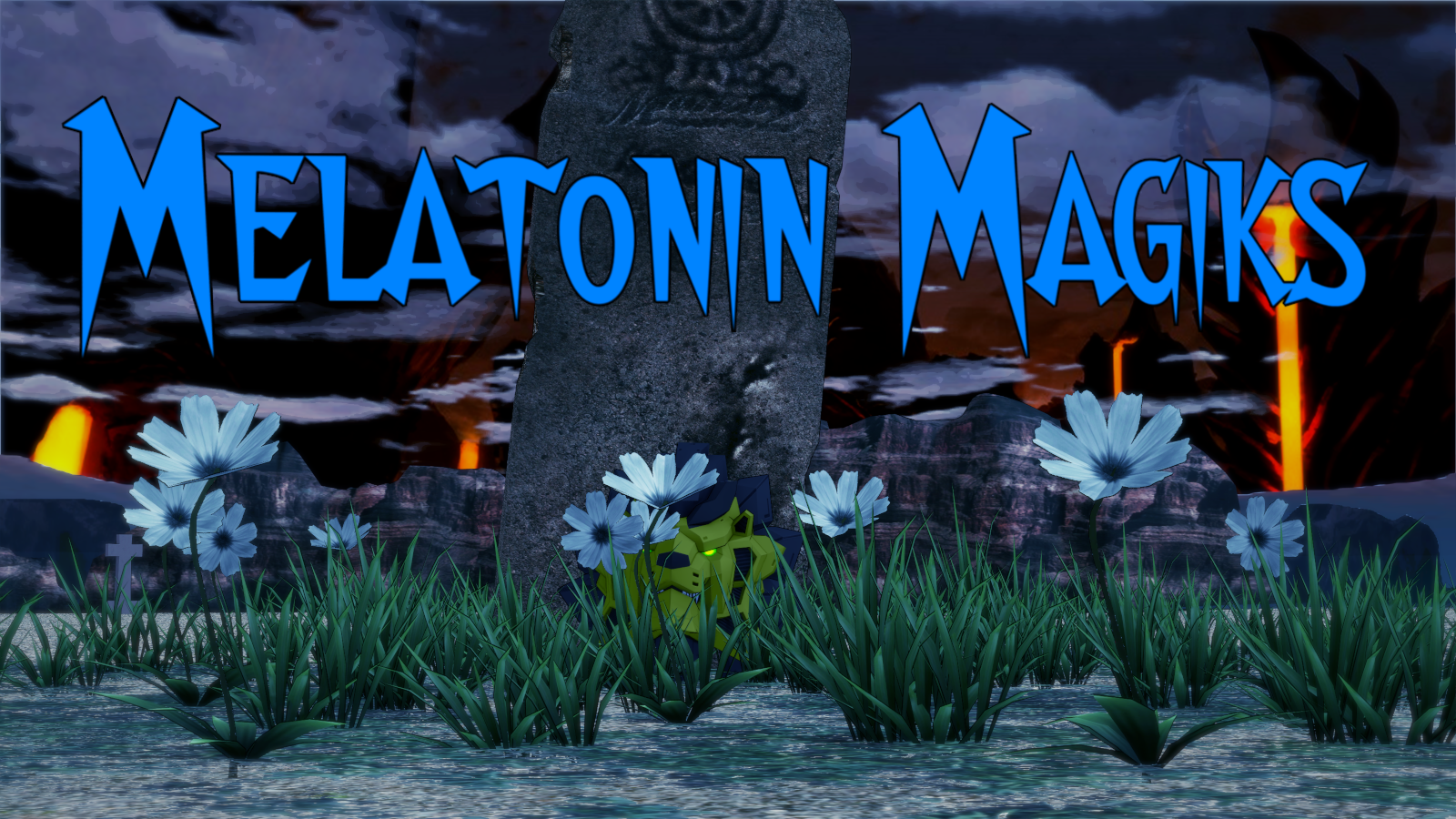 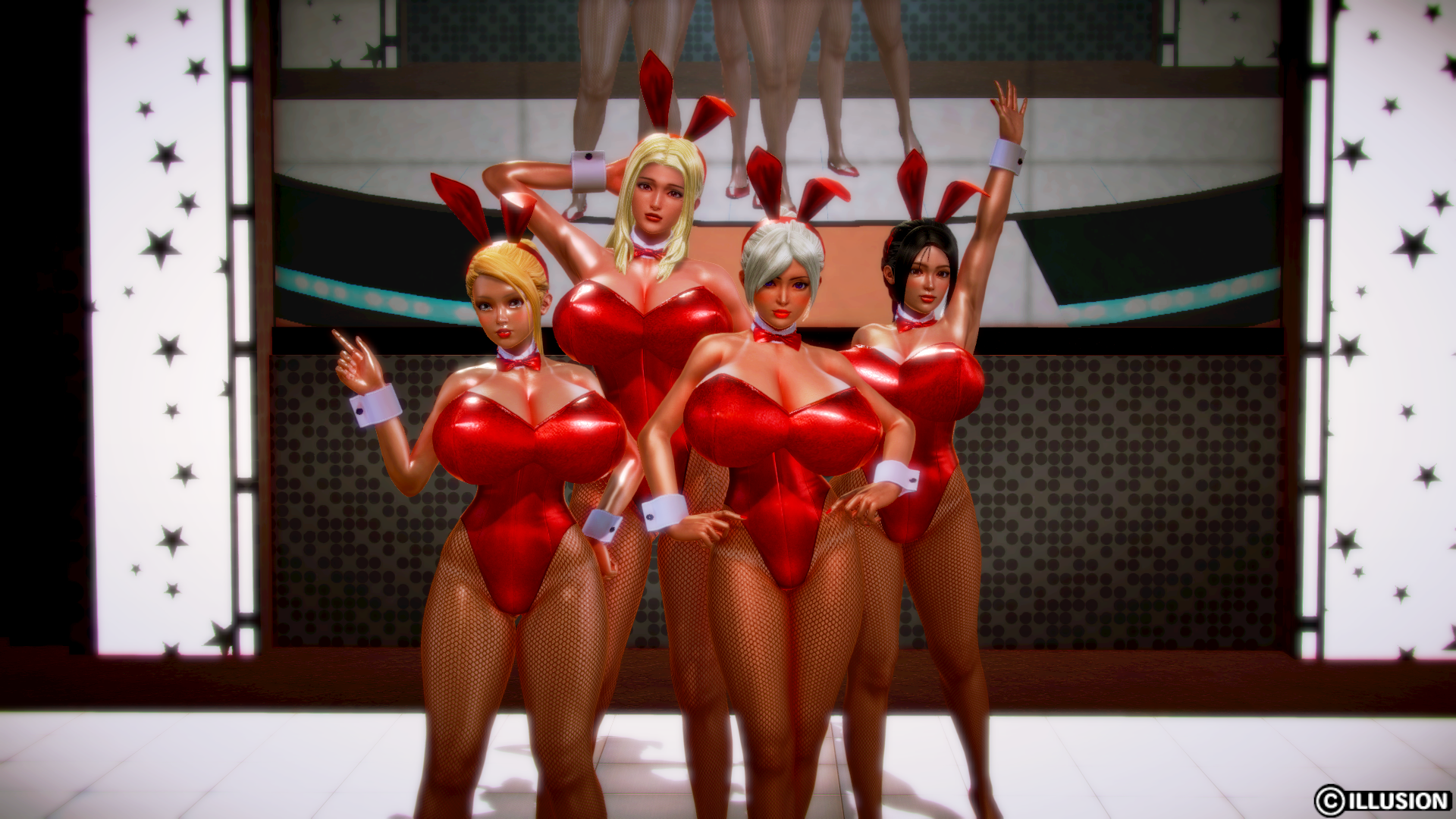