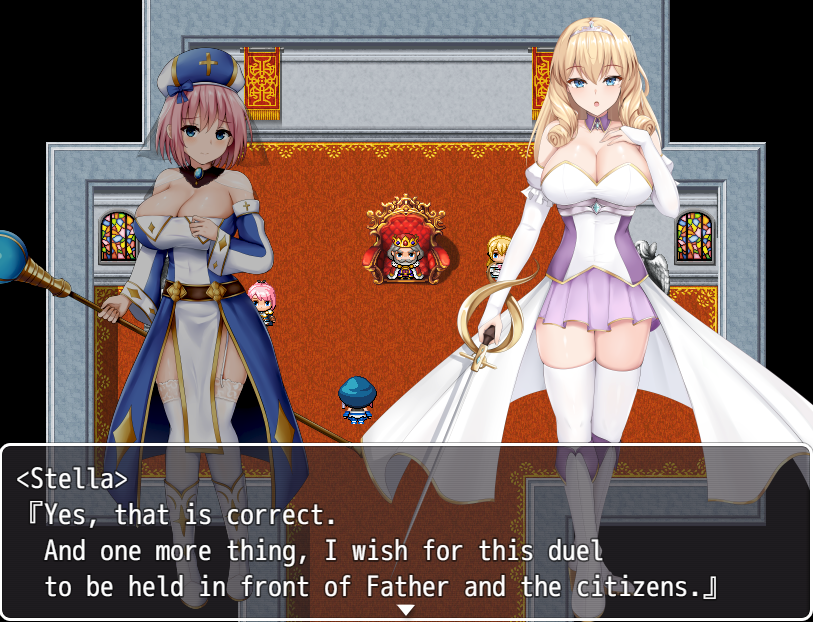 Princess Honey Trap is brought to you by xGames as a part of our best adult games list. Direct download of this adult game is available with just a few clicks. All new games and different updates are delivered to you on xGames.

The erotic elements during battle have been further powered up from the previous title “Tower of Alphimia”!
The number of dialogue branches during battle is 20-22 patterns, including before and after ejaculation!
(plus up to 8 counter patterns!).
And all of these lines are fully voiced!
The main character tries to keep his cool, but is interrupted or even tempted to turn the tables when cornered…?
Animation & voice!
29 out of 33 different scenes are animated reverse rape scenes!
Also, H-scenes, including during battle, are fully voiced! (Total amount of voices is over 15 hours!).
Reverse rape after defeat!
If you lose a battle against a girl, a future in which you are raped inhumanly awaits you.
Whether you have reached 0 HP due to lack of strength or your excitement level has exceeded the limit and you can no longer fight… 2 types of defeat scenes, depending on how you lost!
Rematch after defeat!
In the rematch after defeat, the dialogue is renewed!
Having beaten the hero once, the girls will make fun of you in a petulant way.
If you lose there… you’ll feel even more frustrated…
…not only in combat, but also in seduction!
The hero, the heroine, is not only faced with battles with girls, but also with seduction… If you rely on your strength, you may be caught flat-footed…?
DOWNLOAD
Win
: – – – –
Other: COMPRESSED*
* This unofficial port/version is not released by developer, download at your own risk.
​
Princess Honey Trap
PC, Mac, Linux
Game rating: 5 91 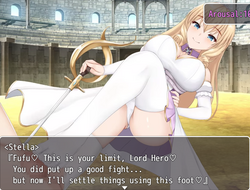 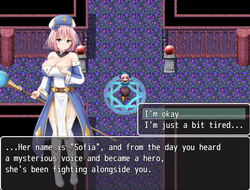 Try to be a good man and get what you really want. It will be not just simple robots, there will be a lot of familiar characters that you will met.​ Will you find love and happiness? Will you be a good hero? Will you abuse your power and authority? Try now!