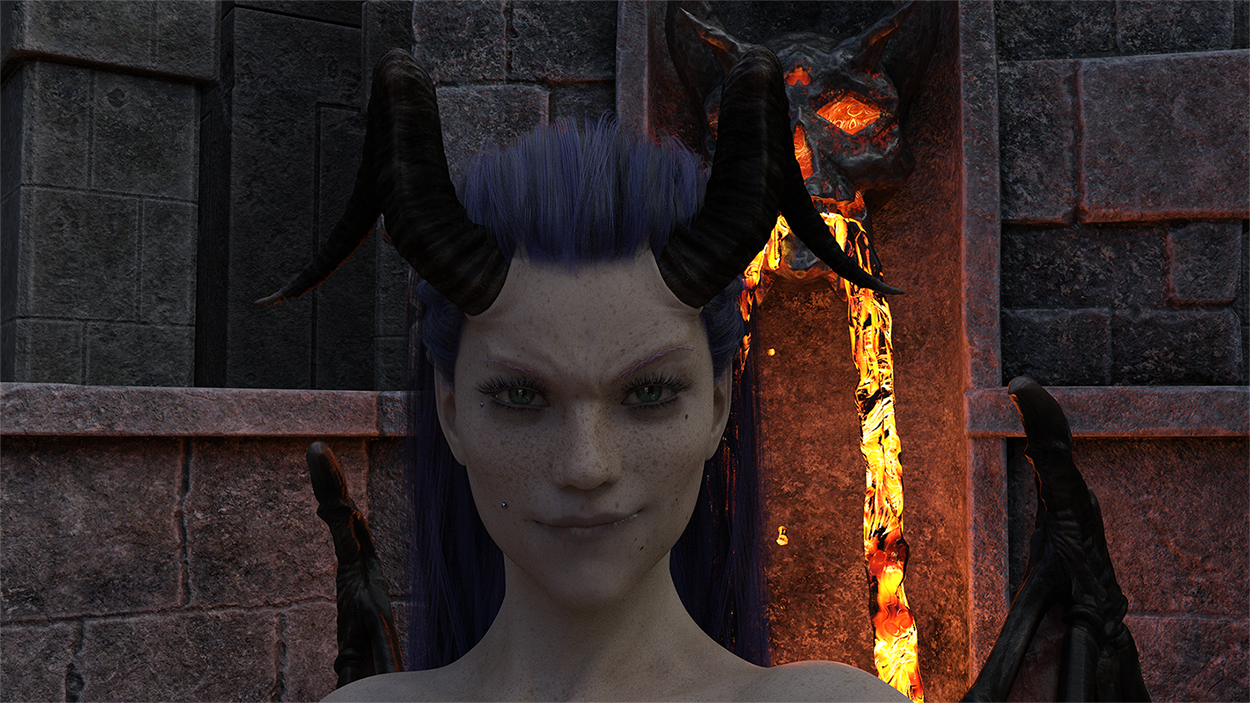 Orcs’ Quest: A dick girl’s tale, is set in a medieval world, with lots of fantastic creatures. Everything was created by the Deities, even the humans. After some time developing themselves, greed took their heart, and a war against the non-human races happened. In the process, with help of Panos, the human’s deity, they managed to get access to blood magic. With that, the two major kingdoms, the elves, and the orcs joined forces to stop the humans’ advances, supported by several other races. The war was very short humans won it and annihilated all orcs males. To make things even worst, they made a curse that prohibited the birth of new males. The elves were made slaves and chained away, only a small portion of them are free, but they are now considered scum. With help of Rythrix, the deity of Endurance, you were born, a different kind of Orc, a girl, but with something else… Now, it’s your fate to rebuild the Orc Kingdom and take revenge on humans! However, for that, you’ll have to ally once again with the elves! Help Princess Illyrana find her father and full a prophecy! It’s up to you to save all magical creatures and build your harem!​

Try to be a smart player and get what you really want. It will be you next second life, there will be a lot of interesting persons that you will met.​ Will you find love and happiness? Will you be a good hero? Will you abuse your power and authority? Try now!