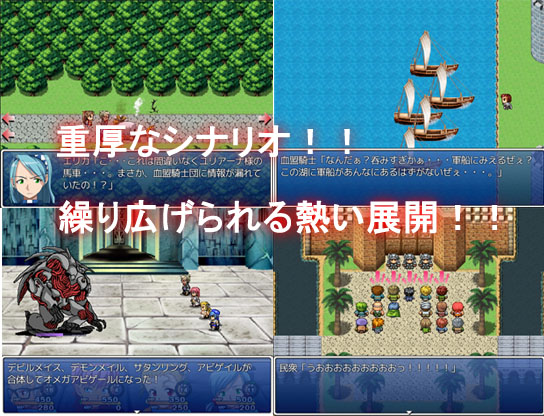 Orc Strike II: Revenge of Set is published on xGames as a part of our best adult games list. Free access to this game is served via few clicks. New and only best games are delivered to you on daily basis by xGames.

Set, a half-orc boy of the last blood of the destroyed orc tribe, sets out on a journey to defeat his family’s avenger, the Heroic King.
Seto, a half-orc boy, the last of his tribe, sets out on a journey to defeat the Heroic King, the avenger of his family, and together with the many heroines he meets on his journey, he strategically hunts down the Heroic King, sometimes ruthlessly, sometimes flirting with him.
The story is a story of a heroic king being hunted down strategically, sometimes ruthlessly and sometimes flirtatiously, along with the many heroines he encounters on his journey. Of course, if you have played the previous game, you will enjoy this game even more.​

3.0
The experience required to increase LV has been lowered significantly.
If you are already in the game, just updating will raise your level some. (It is about the same as a 40 level character going up to 49 level.)
After the update, the level increase will occur on the first battle victory.
be sure to Speak to Claudio after the Update.

Everything you need to know
To Start Things of First……
Game was Ridiculous to Translate and The Developer got either a little to excited or lost his marbles.
Character Names was mixed up and lost (Still have Names to Fix So Expect Updates)
The Beginning of the Story is Silly (Had to Open game and Fix it that way cause i could not find Map ID)
Common Events has 4600 Lines left to Translate over to better english (So Please dont Mind the MTL)
Weapons data needs to be updated (Will Eventually get to Updating that)
I Will be 100% Honest when i tell you, I was Extremely Confused by Developer when he write his story that he made sure
that if there is a female, he does not call it a him or he. Many of the sex scenes i had to edit the he and turn it into She or Her or Woman/Women
So expect Data updates Unless Someone can help cause honestly this game was bonkers to Translate.
Also for the 736 Maps – Only 690 Had stuff – Most only had the EV038 number in it.
I Also Apologize if the Word Wrapping isnt Great, But i Did try my Best to Keep Words from going off screen.
if you have any questions or problems just mail TeamH and he will let me know. Enjoy the Game.
Note – Everything You Need to know is in Translator Notes
Please do not be Negative Towards the Translator, Thank you
DOWNLOAD
Win: – – – –
​
Orc Strike II: Revenge of Set
PC, Mac, Linux
Game rating: 5 50 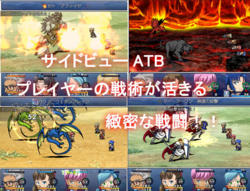 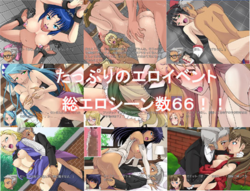 Be a smart man and take what you want. And it will be you next second life, there will be a lot of interesting persons that you’re totally gonna like.​ Will you find love and happiness? Will you be a good man? Will you abuse your power and authority? Try now!