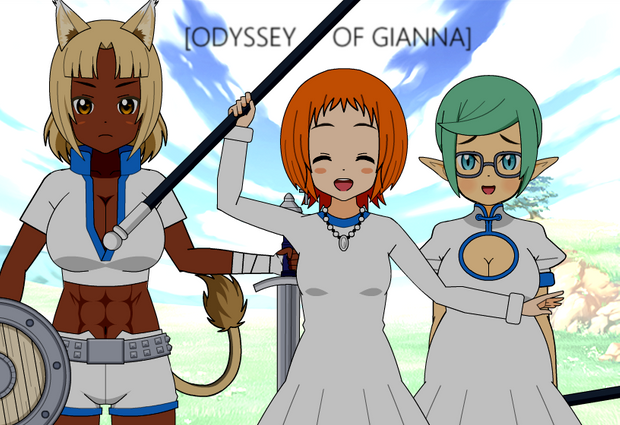 In Odyssey of Gianna, you’ll control a party of up to 8 unique girls with their own skills and strengths, properties and weaknesses. These three are the first you’ll be controlling in the game – Lilina Markos, Princess of Gianna; Sinian Woodward, court mage and childhood friend of Lilina; and Sable-Claw (usually just “Sable”), Lilina’s personal knight and bodyguard.
Each represents one of the common races of the world – human, elf, and forestkin, respectively. Each also has their own class, as well as other unique traits. For example, Sable has a cock, which has certain gameplay implications, while Lilina’s status as Princess means certain enemies will make capturing her a priority.
These three will, on order of the Giannan Parliament, be traveling across the world seeking six jewels, as well as six tomes to unlock the power of those jewels. That’s the main questline, anyway – there are basically no restrictions on where and what you can do!​ 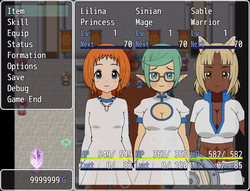 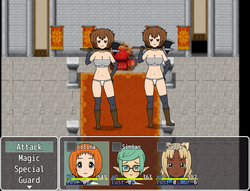 Enter an virtual world with your secret wishes. Get this from MEGA or other file hostings, unzip, easy install and play this interactive game.

Be a smart player and take what you really want. And it will be not just simple robots, there will be a lot of familiar characters that you’re totally gonna like.​ Will you find love and happiness? Will you be a good hero? Will you user your power and authority? Try now!